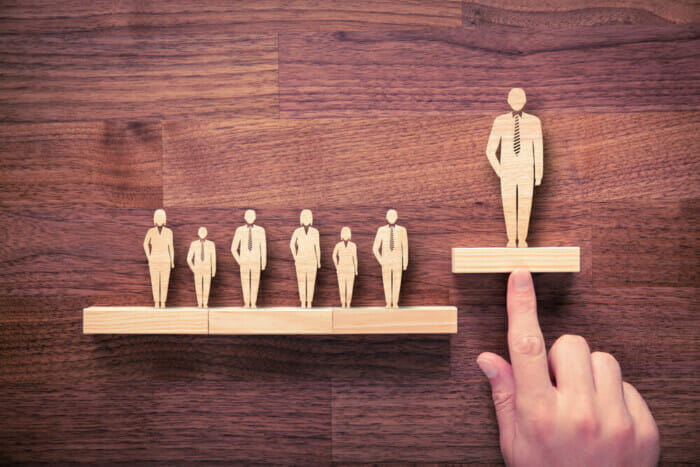 TD Bank Group is one of Canada’s largest banks and ranks top 20 globally. At its helm is Bharat Masrani, a Canadian of Indian descent with global career that has been loyal to TD. Through his 30 years at the bank, Bharat Masrani has helped shape what TD is today. Alongside previous CEO, Ed Clark, Masrani grew TD into the behemoth of an institution, one initiative at a time. He was instrumental in the decision to shed mortgage-backed securities in 2006, ahead of the housing crisis.[1] He is also widely recognized for helping TD expand its North American footprint by leading the US retail banking business. All this culminates into a diverse and colourful career, leaving Masrani with an intimate knowledge of how the TD machine works.

As we reflect upon his long-standing career, here are three lessons we can take away from the leader.

1. There’s value in staying loyal to one company

Bharat Masrani’s spent the majority of his career at TD, leading a progressive career in different groups and across the globe. Over his 30 year tenure with TD, he would work in four different countries and grow multiple businesses, including TD’s American businesses, TD Waterhouse and TD Bank North. Masrani joined the bank as a Commercial Lending Trainee in 1987. He quickly excelled and by 1993, he was leading Corporate Banking. In 1999, Masrani took on an internal opportunity in London, England leading TD Waterhouse, which is TD’s discount brokerage business, as the Senior Vice President. By 2003, Masrani had returned to Canada to serve as Vice Chair and Chief Officer for TD Bank Group at Clark’s request.

Having the opportunity to lead critical business units is a result of Masrani’s in-depth and intimate knowledge of the company. The time he spent working in different parts of the business meant developing a nuanced understanding of TD. Additionally, the time spent working with so many employees means he’s had an opportunity to build trust and rapport with people at different levels and areas of the business. In a time where staying at a company for five years is seen as a lifetime, the commitment and loyalty that Masrani brings makes it easy for Clark to trust as a potential successor. And it is this nuanced experience that continues to serve him as he leads the organization; under Masrani’s leadership, TD Bank Group continues to grow.

To figure out if you are doing a good job promoting loyalty from your employees, check out our Employee Retention Checklist!

2. Put yourself out there

Those who follow the business press know that the ascension to the C-Suite and then CEO is rarely one of luck. For Masrani, falling into the radar as a potential successor came during a fateful train ride in 2002. At that time, Masrani was head of TD’s discount brokerage in the UK. He was on a train with Clark (the then CEO of TD Bank). During their train ride between London and Manchester, Masrani impressed Clark, leading Clark to ultimately take him under his wing.[2] The next 12 years would entail a series of assignments that would set up Masrani to take over.

Having facetime with a key and influential leader in your organization does require luck. However, it takes a certain type of individual to really capture the interest of said leader. Masrani was able to do this on that fateful train ride. Being able to build connections with individuals you meet is key to building a network. And one of the best ways to connect with someone is to be your authentic self.

3. Say yes to all opportunities

The years after Clark met Bharat Masrani came with numerous assignments.  With each assignment came distinct learning opportunities that were preparing Masrani for being the top leader. Whether its helping TD unload toxic telecom debt from their US business to leading as the Group Head of TD’s US Personal and Commercial Banking, Masrani has never turned down the opportunity for a challenge. In fact, they have joked that Masrani was more or less voluntold for all positions. While other leaders far in their careers may turn down such assignments, Masrani always leaned in.

Embracing every challenge gave Masrani two key opportunities. Firstly, leading various banking units allowed him to prove that he is capable of owning a final decision. Additionally, working with so many groups gave him a wide-spanning network of leaders and supports who know him by name. Bharat Masrani never refused an opportunity to hone his skills. As a result, each and every role was a key grooming session to be Clark’s successor. Now, after seven years as the top man at TD, the bank is thriving more than ever.