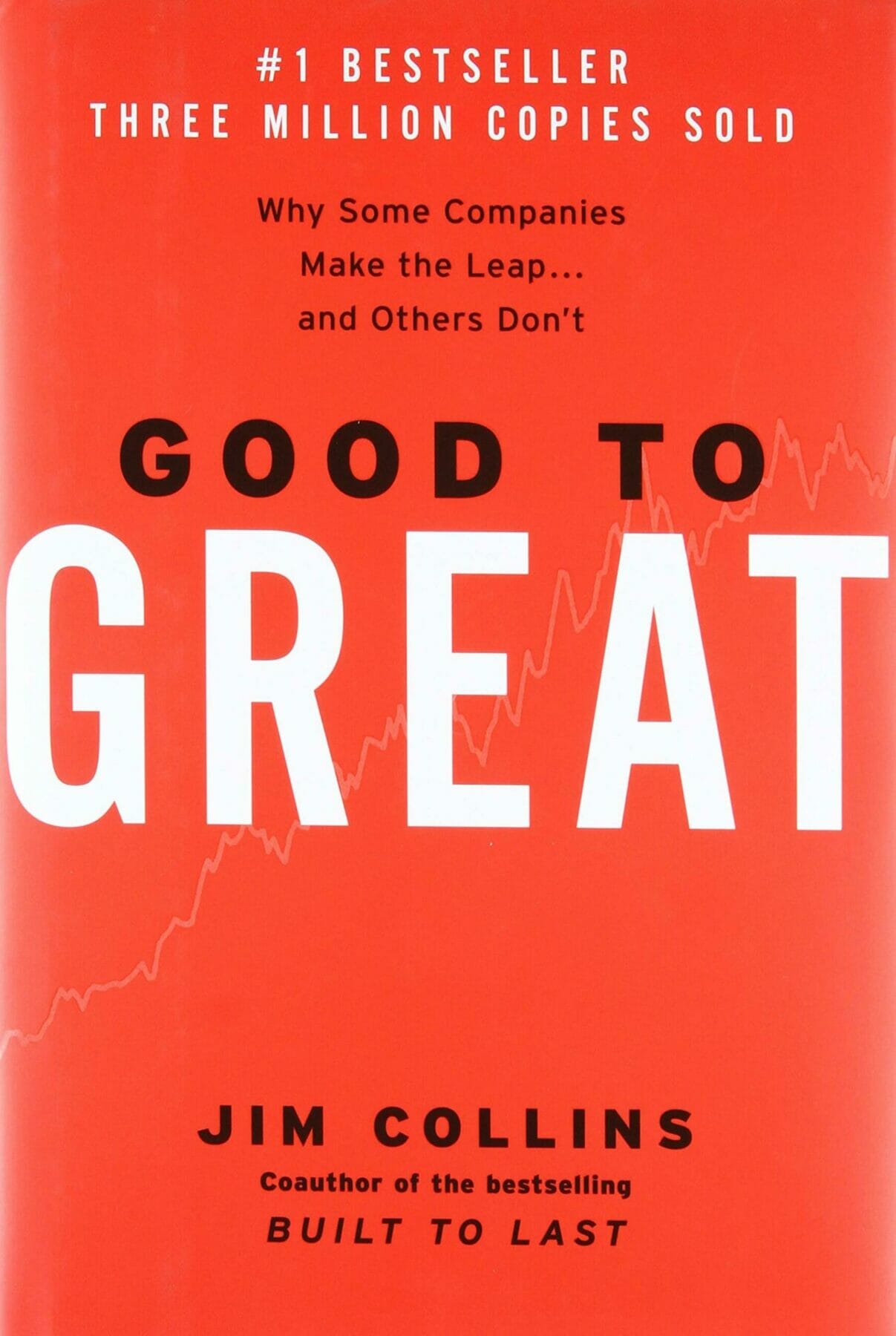 Good to Great: Why Some Companies Make the Leap…And Others Don’t, Jim Collins (Harper Business, 2001).

Buy it here on Amazon.

Built to Last, the defining management study of the nineties, showed how great companies triumph over time and how long-term sustained performance can be engineered into the DNA of an enterprise from the very beginning.

But what about the company that is not born with great DNA? How can good companies, mediocre companies, even bad companies achieve enduring greatness?

For years, this question preyed on the mind of Jim Collins. Are there companies that defy gravity and convert long-term mediocrity or worse into long-term superiority? And if so, what are the universal distinguishing characteristics that cause a company to go from good to great?

Using tough benchmarks, Collins and his research team identified a set of elite companies that made the leap to great results and sustained those results for at least fifteen years. How great? After the leap, the good-to-great companies generated cumulative stock returns that beat the general stock market by an average of seven times in fifteen years, better than twice the results delivered by a composite index of the world’s greatest companies, including Coca-Cola, Intel, General Electric, and Merck.

The research team contrasted the good-to-great companies with a carefully selected set of comparison companies that failed to make the leap from good to great. What was different? Why did one set of companies become truly great performers while the other set remained only good?

Over five years, the team analyzed the histories of all twenty-eight companies in the study. After sifting through mountains of data and thousands of pages of interviews, Collins and his crew discovered the key determinants of greatness — why some companies make the leap and others don’t.

The findings of the Good to Great study will surprise many readers and shed light on virtually every area of management strategy and practice. The findings include:

“Some of the key concepts discerned in the study,” comments Jim Collins, “fly in the face of our modern business culture and will, quite frankly, upset some people.”

Perhaps, but who can afford to ignore these findings?

Jim Collins a best-selling author and researcher. He has spent his career working and researching businesses. After a career in management consulting, he returned to his alma mater, Stanford, to complete his Master of Business Administration. A few years later he would join the faculty there, earning him the 1992 Distinguished Teaching Award.