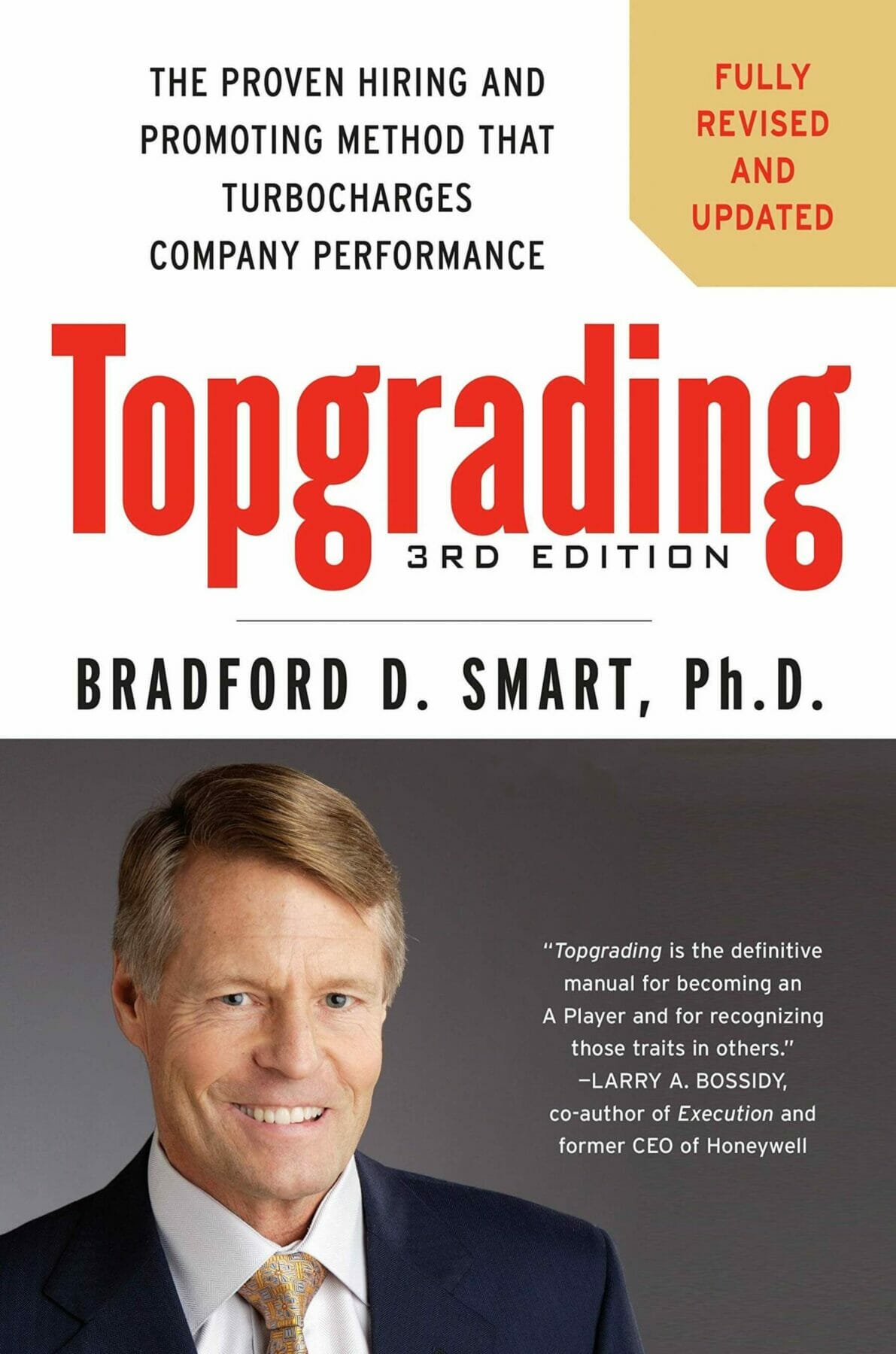 Buy it here on Amazon.

Great companies, large and small, rise or fall because of their talent; the more high performers on your team, the more successful your organization will be. Of course, that’s easier said than done. Research shows that only about 25% of all new hires turn out to be high performers.

But companies that have used Brad Smart’s Topgrading system over the past two decades have boosted their hiring success rates dramatically—sometimes even to 90%.

Three huge problems account for the typical poor results in hiring: dishonesty (via deceptive résumés), incomplete information (via shallow interviews), and lack of verifiability (via biased references). Topgrading shows how to solve all three problems. Instead of hir­ing by your gut reactions to résumés and interviews, you can start using a scientifically honed process that compels candidates to be totally honest.

Smart, one of the world’s foremost experts on hiring, has personally helped hundreds of compa­nies double, triple, or even quadruple their hiring success rates. His clients have ranged from global giants such as General Electric and Honeywell to midsize and small businesses in every field imagin­able, and to not-for-profits such as the American Heart Association. And hundreds of thousands of readers have applied the lessons and tools of the first two editions of this book.

This system makes hiring easier, faster, and more successful than any other process. And it works at every level, from the front lines to senior management.

For the first time in seven years, Smart has fully revised and updated Topgrading with many new tools, techniques, and case studies. This edition now features 40 companies of all sizes, across a wide range of industries and home countries. It’s the most advanced and useful version of Topgrading ever. The third edition includes:

Many great leaders know that Topgrading works. Find out how it can help your company gain a big competitive advantage.

Bradford D. Smart, PH.D is the president of Smart & Associates, Inc., a group of professionals who assess candidates for executive positions and train managers to implement Topgrading. A well-known industrial psychologist and consultant, he has personally helped hundreds of companies of all sizes dramatically improve their talent. His other books include Topgrading for Sales. Brad lives in a suburb of Chicago.