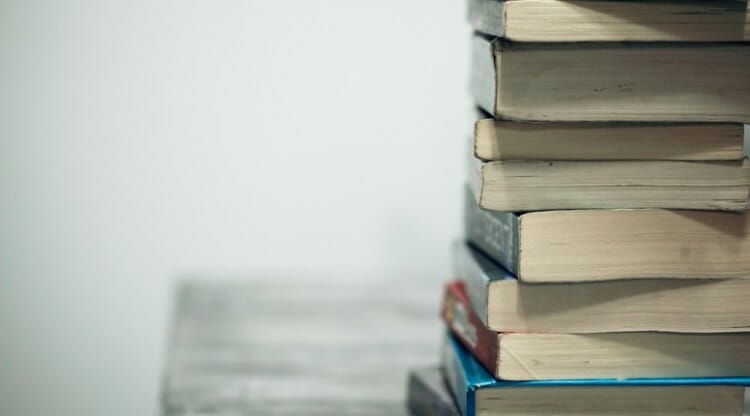 Packback was founded by co-ed business fraternity members Mike Shannon, Nick Currier, Jessica Tenuta and Kasey Gandham. The four of them met freshman year at the Illinois State University and built the company after the fraternity gave them a taste of entrepreneurship.

As students, the group knew that the cost of textbooks was one of the biggest issues in education. After shelling out thousands of dollars in tuition, students were also forced to spend thousands on textbooks to be able to do well and pass those courses. At this point in time, Packback was an affordable, e-textbook rental operation.

Appearing on Shark Tank in 2014, the team wowed the Sharks who were shocked to hear the four founders were still in college. After hearing the sales pitch, Mark Cuban agreed to invest $250,000 in Packback in exchange for 20% equity.

After Cuban’s initial investment, Packback Inc. went on to raise $900,000 in seed funding to grow its textbook rental business, and then it did something unexpected–it pivoted to AI. While Packback still has a toe in the textbook business, it’s taken a backseat to the company’s main focus, which is using artificial intelligence in college classrooms to create more critical thinkers by grading students’ curiosity.

This gain in equity allowed for the young entrepreneurs to pivot away from being an e-book rental service towards being a social learning platform powered by artificial intelligence that they were testing in 2015. Now, Packback is an education technology company that builds “smart” discussion communities to allow professors to promote and assess critical thinking in students. Packback builds artificial intelligence to automate activities required to maintain and facilitate academically rigorous discussions.

Packback and The Education Industry

Education is a trillion-dollar industry, and it’s getting bigger. OECD countries devote 11.3% of public spending to education, an average of US$10,493 per student per year. Spending per student on primary and secondary education has increased by almost 20% since 2006.

The trend of the Education Industry is in Payback’s favour as more and more institutions look towards technology. In this new kind of learning space, students use multiple media sources simultaneously, sitting alongside people from different disciplines who are solving very different problems, alone or in groups. Professors are more than ever embracing the idea that learning shouldn’t be a one-way flow of information and that technology needs to support real-time student-to-student, teacher-to-student and student-to-teacher interaction.

Another trend is that teachers are becoming the managers of their classroom. While educators must follow the dictates of the curriculum, they are being given more freedom in how they choose to be creative in how they educate and set the tone for their students. Because the choice is in the hands of the teachers, the number of decision-makers for Payback to cater to has increased as the power structure has shifted. Today instructors have the ability to choose to use data networks and software to create dynamic learning environments, without the huge cost and rigidity of traditional AV infrastructure.

Payback works well in large or online classes where student engagement around critical thinking can be challenging. The software allows instructors to grade for critical thinking and curiosity forcing students to go through a highly structured curriculum of asking and answering questions to create academic discourse. The software forces the discussion to be peer-driven, which is necessary to make the Socratric Method successful at scale. 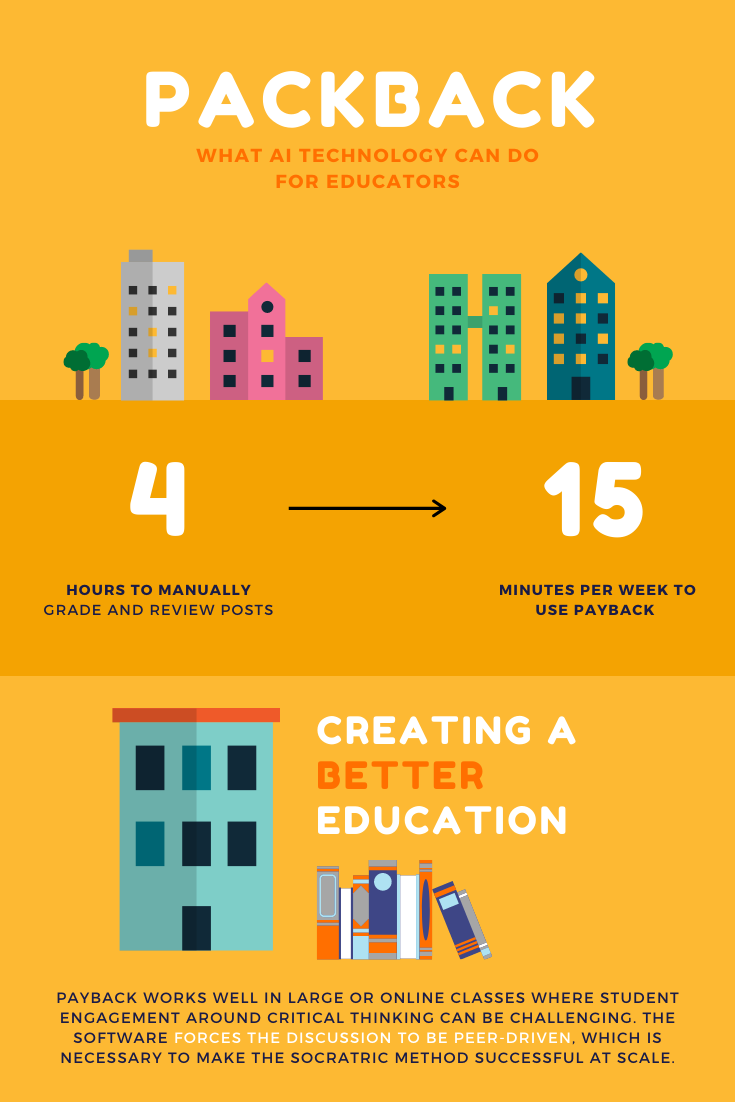 Packback delivers a unique method of scaling feedback through the use of algorithmic coaching or AI. Packback’s algorithms automate moderation of posts, empowering instructors to provide higher-level coaching. There are three tiers of feedback and review that can be provided to students on Packback.

While writing, students receive real-time coaching feedback. After submitting a question or response, every post is automatically reviewed and “flagged” if there are violations of the community guidelines.

Each “flagged” post is then reviewed by our team. Moderators will “moderate” the post if they find the “flag” to be accurate. Students can then edit and republish their post based on the feedback they received.

Since Packback’s system automates the vast majority of moderation, instructors can provide targeted “custom feedback” for things our algorithms cannot automate, helping them scale the impact of their time.

Approximately 60 hours of total work, or 4 hours per week, would be required to manually grade and review the average number of posts in a Packback community (7,000 posts), assuming 30 seconds per post. This is an impossible task when combined with the other demands on modern educators, and the reason why many of our instructors had previously given up on the online discussion. With educators implementing the use of Payback this time is reduced down to 15 minutes per week.

Mark Cuban perhaps said it best in an interview, “AI will impact everything, everything education touches, from curriculum to teaching to learning. It will touch it all, and Packback is positioned to be a leader because they maximize the teacher’s impact in their classes. Throughout history we’ve seen that human potential is unlocked when we can save ourselves time through automation. AI will help humans live better lives. And when you apply that to education with its impact across students, educators, and administrators, it’s pretty clear the opportunity is huge.”

The reality is that class sizes are only getting larger, and the future of education in online learning’s capability of improving access and affordability for the masses is going to be heavily constrained by poor assessments beyond multiple-choice and a lack of student engagement.

Packback expects to sign up tens of thousands of students and dozens of universities this coming year. The platform is free for professors though students have to pay a course materials fee similar to a textbook but at a fraction of the cost.

Within the first year, Packback saw over 90% of professors that used the platform use it again.