People and Leadership Lessons from ‘The Office’ 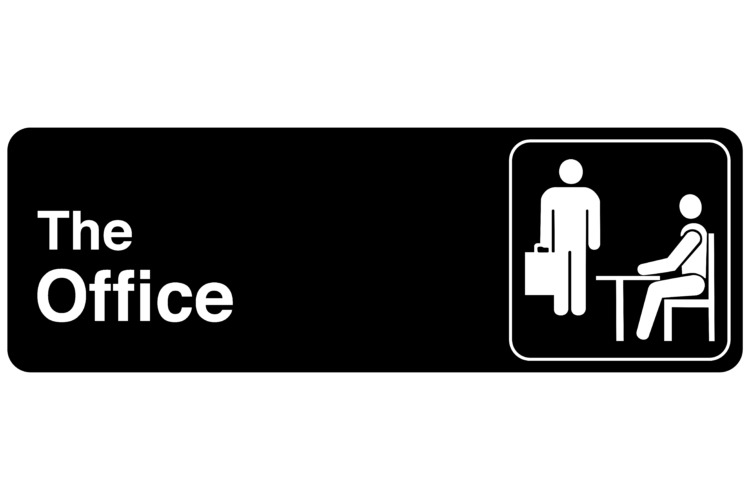 The workplace is a constantly changing environment with new coworkers, rules, and norms being introduced on a monthly basis. Although your job probably doesn’t have as many awkward moments, outlandish requests, or absolute nonsense like a day at the Dunder Mifflin Paper Company, there does stand to reason that there may be some semblance of truth that we can learn from looking at the staff of The Office.

Leaders often spend countless hours with their employees, so developing a friendly relationship and having the ability to not take yourself too seriously leads to a good rapport. Michael Scott is known for coming up with inappropriate jokes related to gender, race, religion and other aspects of life that hurt other employees. That’s why “the corporate” sent a representative to run diversity training. Both life and business are about human connections, leaders need to value and appreciate the importance of human connections with their employees and make sure to communicate with their employees that they are cared for, their work is contributing value to the company’s goals, and that their space on the team is important and essential.

Use Technology to Your Benefit

In season four of The Office the Scranton branch started losing customers to big corporations like OfficeMax due to lower prices and a simplified online ordering process. Dunder Mifflin responded by launching its own web platform called ‘Dunder Mifflin Infinity’ but Michael fervently opposed the change.

We know that in the upcoming age of human-machine partnerships, it will be crucial for employees to learn how to work alongside technologies and use their capabilities for their own professional benefit. So next time, when your company introduces new technologies, make sure your employees are not intimidated and show the advantages of working with new tools.

In a serious breach of confidentiality, Michael Scott goes to the complaints box and reads everyone’s private comments in front of the rest of the group. In the workplace it is important to encourage new ideas and critique of how things are being run, without people fearing getting in trouble for sharing their thoughts.

As a leader you might know that you would never reprimand or yell at an employee in front of others, but employees do not always know this for themselves. Alternatively, as an employee, if you feel your confidentiality is being breached, there can be a number of actions to take. If you feel as if the situation occurred as a moment of weakness in a good boss, you should explain that you feel the action was inappropriate. But, if the misconduct continues, you should feel comfortable to notify HR about the issue and explain the situation so that it is resolved.

The employees in The Office spend far more time spying, gossiping and talking about one another than they do actually working. Sure, this is most likely a cinematic choice to give the audience some kind of plot line, this is unfortunately also common in many workplaces.

Emotional inefficiency is typical in many offices which can cause people spending a lot of time on political maneuvering and figuring out others’ intentions. Highly effective workers notice what’s going on but also find a way to pull back and do their jobs. As a leader you should encourage your employees to walk the fine line between productive chatter and destructive gossip.

If your boss makes an offensive joke, it might be the best choice to put off the confrontation. Nothing good happens in the heat of the moment, that being said, try to calm down and speak with them later when you have some clarity and a chance to decompress. After you decompress then you can approach the situation with clear eyes and articulate that although you like working here, you were offended by something that happened and explain the situation in a calm, even manner.

Experts agree that in the majority of nontoxic companies, horrible bosses do not stay around long. In the case of The Office, if someone like Michael Scott was actually your boss and unable to be fired, we would recommend looking for a new job. The work environment created by Scott is one confrontation after the other, regardless of the cool down time you take. This kind of experience is not healthy for anyone and not somewhere where you would be able to create healthy and productive work relationships.

Michael Scott loved Dunder Mifflin more than he loved money and anything outside of the office. This passion came through when he managed people. It was clear to the audience watching the programming as well as the other characters in the show, from all of the countless hours Scott spent, fun he had, at the office.

Such passion is contagious, and employees want to work harder if they know someone cares.

Stay Active in Your Hobbies

In addition to being a manger, Michael Scott also was a huge writer. The Office followed Scott writing the book “Somehow I Manage?” as well as a play about the company. Scott was constantly going above and beyond his nonwork passions; rather than just enjoying writing, Scott would keep his nonwork passions as a big part of his life. In other words, he didn’t let his work take over, he worked hard but still managed to keep all of his side projects alive and flourishing. Whether the employees knew it or not, this passion melded from outside of the office into the workplace and gained him a little bit of respect.

Fake It till You Make It

There are going to be plenty of times when you have a problem with one or more of your employees and aren’t sure what to do. Whether it be to let someone go, announce that the company won’t be giving out holiday bonuses, or change the existing health care plan, you may not know how to choose the right course of action. Michael Scott was the king of acting as if he knew what he was doing when he didn’t, which brings us back to the confidence point. As a manager, this will get you far.

Michael Scott quote: And I knew exactly what to do. But in a much more real sense, I had no idea what to do. 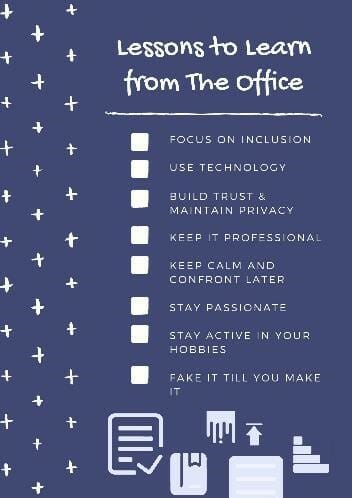 There is no one size fits all solution when it comes to people. Each person is unique and reacts to things differently, and will ask for their leaders to treat them respectfully. We hope that these incidents from The Office will be fun reminders for you to not take yourself too seriously in the workplace and take some strides in learning about how to grow further when it comes to people and leadership.