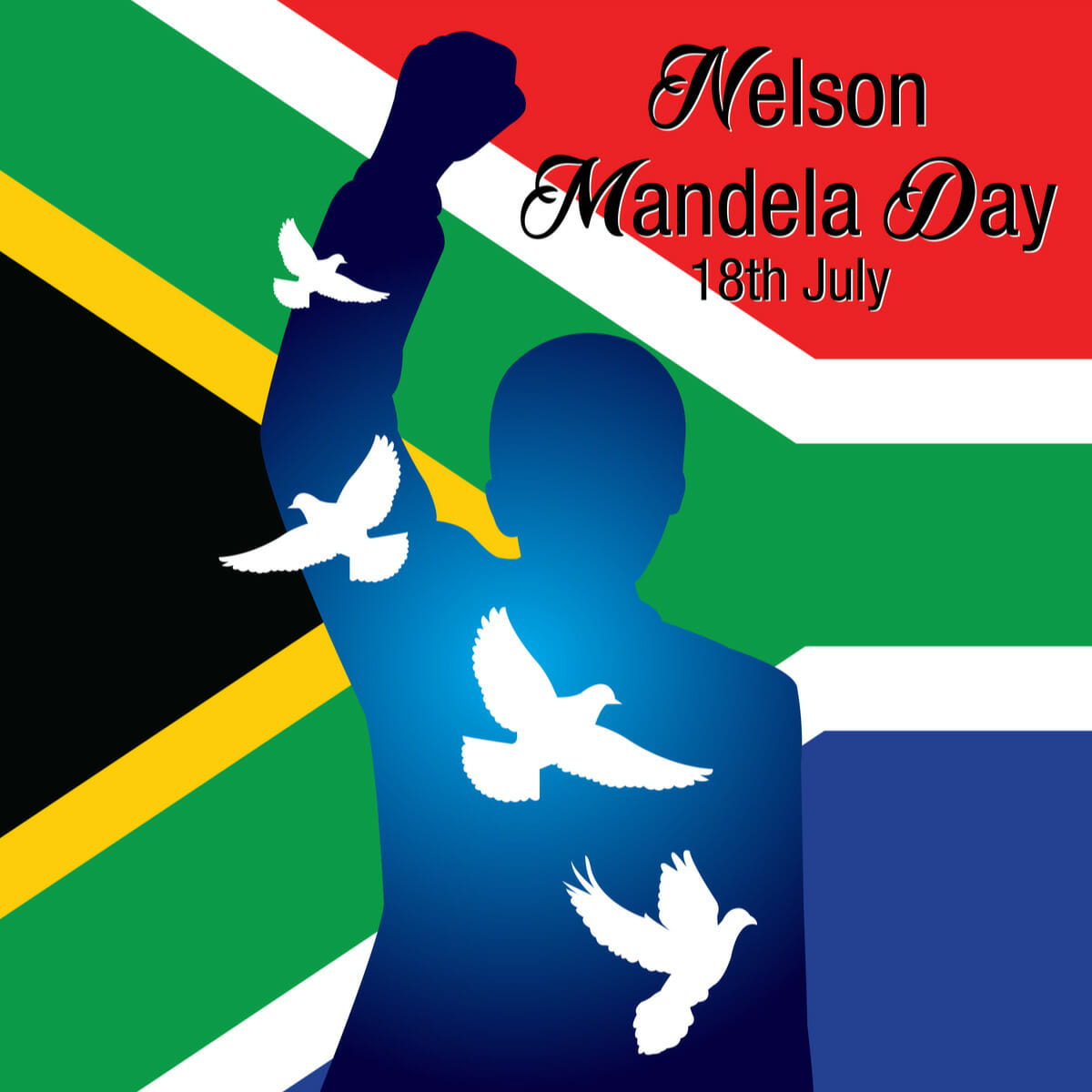 Nelson Mandela was one of the brightest human beings in history and his generation. As the former president of South Africa during the end of the 90s, Mandela fought against the apartheid that ravaged his country. A passionate philanthropist, he was the country’s first democratically elected president – and the first black one.  Nelson Mandela quotes on leadership and having humanity for your fellow man are remembered worldwide.

His legacy is one of brotherhood and unity, and of ending years-long segregation and discrimination. He believed in trusting yourself and your own abilities, and of being an agent of change no matter who you were.

1. Nelson Mandela quote on trusting yourself and your abilities 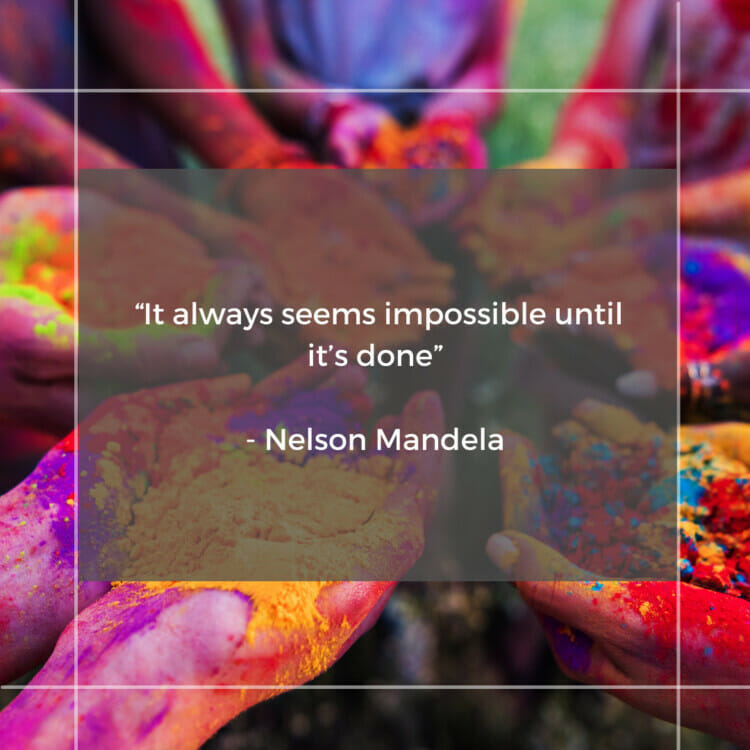 This is a mantra to live by, no matter what your circumstances. From the person just starting out in their life or career to the established CEO, every single one of us will face hardship and difficulties one way or another. Have “more” doesn’t mean you’re less prone to being in tough situations. The one thing everyone universally shares, however? The concept that, while it might seem impossible to climb the mountain when you’re standing at the bottom, once you reach the top and look down, you can see the trek wasn’t as bad as you thought it would be. Everything will seem impossible until it’s actually done.

This is one of the most popular Nelson Mandela quotes and is the first one that came to mind when writing this article!

2. Nelson Mandela quote on appreciating people based on their struggle, and not just the outcome 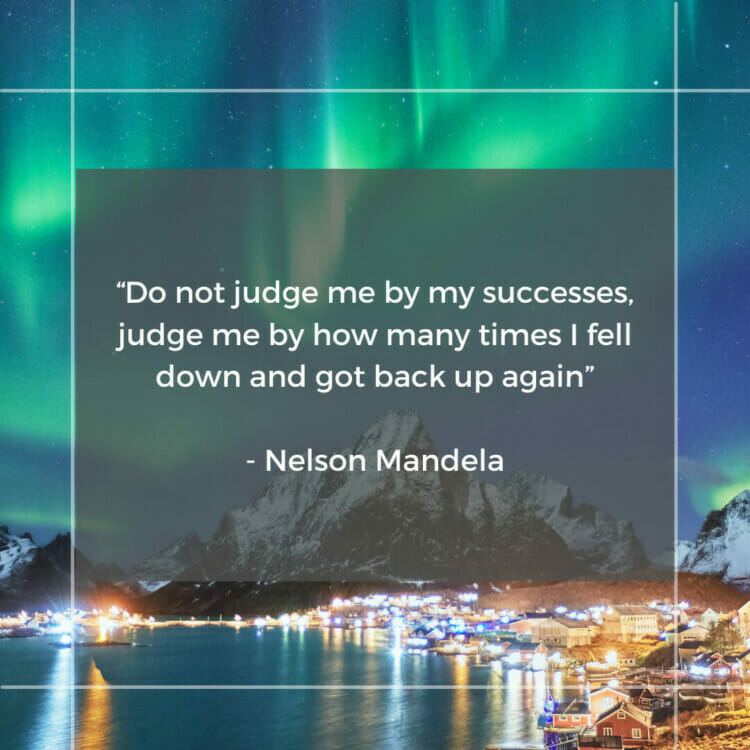 When you look at successful people (or at least people that you consider successful, since that can vary from person to person) and all they have achieved, you might think they had it easy. They woke up one day, decided to open a business and success knocked at their door almost immediately. But that’s rarely how it really happens. Most of the time you haven’t seen the years and years of effort and hard work behind that seemingly quick outcome. You haven’t had a chance to peek into a past filled with mistakes, wrong financial decisions, and unnecessary delays because of paralyzing fear. So, the next time you’re looking at someone you want to be like when you grow up, remember that you should admire their grit and not the money they have in the bank.

Nelson Mandela quotes like this remind us of the value of perseverance over everything else. 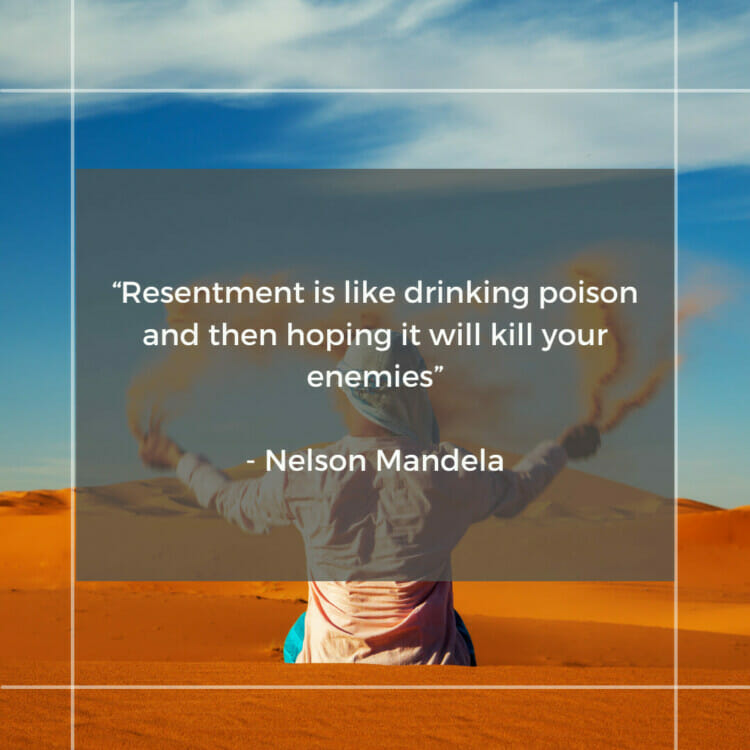 The ability to understand that the only person who suffers when you hold on to your anger is you will do wonders to help you navigate life in a calmer way. It’s true that when you’re truly upset all you can think about is inflicting the same amount of hurt onto the person that caused your own pain, but the reality is that holding on to those negative emotions will only hurt you – not them. They likely don’t care or won’t be as affected as you were, and you’ll be wasting valuable life to focus on something that when done won’t give you the satisfaction you think you need.

4. Nelson Mandela quote on the power of being a quiet leader 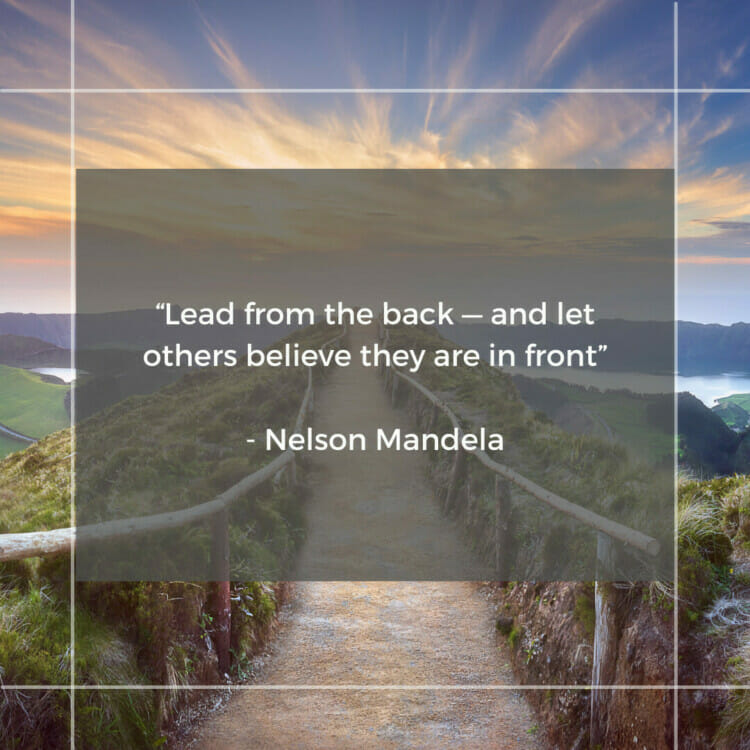 Empowering your team is one of the best long-lasting things you can do for their own growth. It’s the equivalent of teaching someone how to ride a bike with no training wheels, initially holding on to the back of their seat, and then letting go for them to advance on their own as you remind them of the tips you gave them before so they can succeed. Guide them from the back as you allow them to believe they’re the ones truly in the front.

5. Nelson Mandela quote on the power of hard work and perseverance 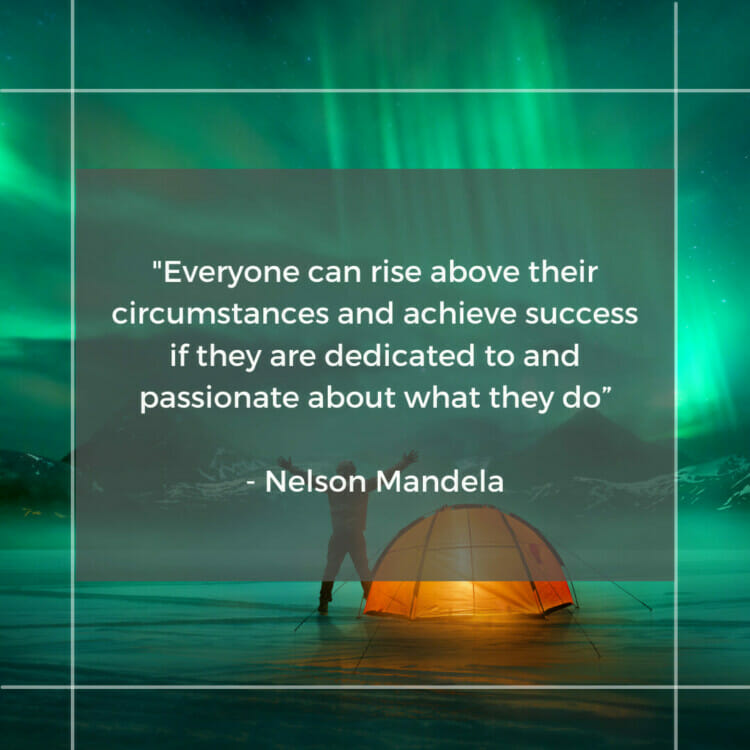 It’s true that we don’t all start at the same lineup and that there are things we can’t control, like where we were born, that plays a huge factor in where we will end up in life. But, there is still something to be said about working hard and sacrificing a bit today so that your tomorrow can be so much better. It takes passion, perseverance, effort, and dedication to rise about the cards you were dealt. The prize at the end of the race however is the satisfaction of knowing you’re capable of more than you ever imagined possible.

6. Nelson Mandela quote on learning to see things from a different perspective 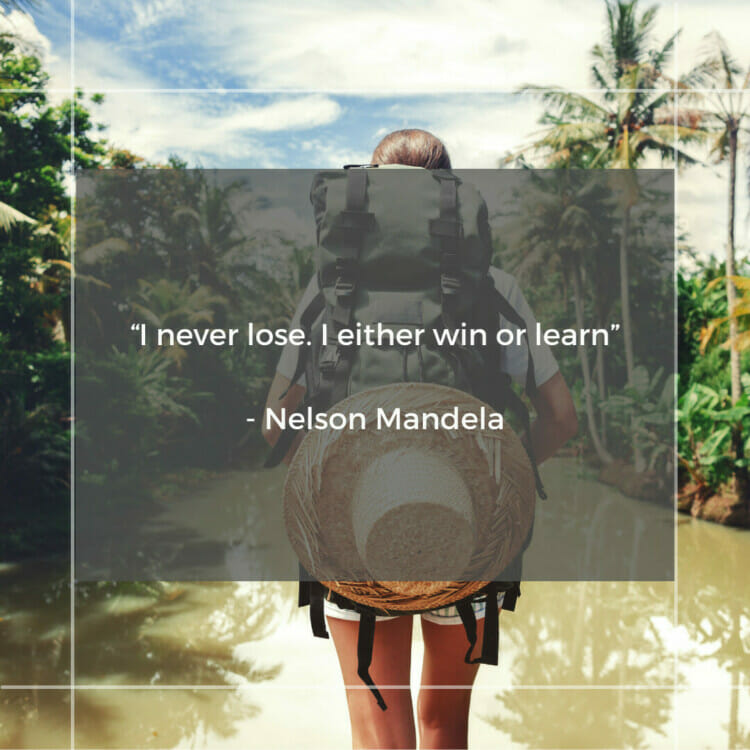 It’s easy to be a glass-half-empty type of person. In fact, it’s in human nature to look at the negatives of a situation instead of the positives. It has something to do with our basic instinct of self-preservation, although we now live in cities and are not threatened by a rabid lion every time we leave the house. But, one of the biggest markers of the modern version of human nature is learning how to calm ourselves enough to see things from another perspective. When it comes to failing, it’s never truly a loss. If you can change your perspective of the situation you’ll be able to see that something going wrong is just a chance for you to learn so that you don’t repeat the mistake next time. You never lose, you either win or learn.

A Nelson Mandela quote to frame and get put up on your wall to give you motivation for sure.

7. Nelson Mandela quote on teaching yourself that letting go is nothing to be feared 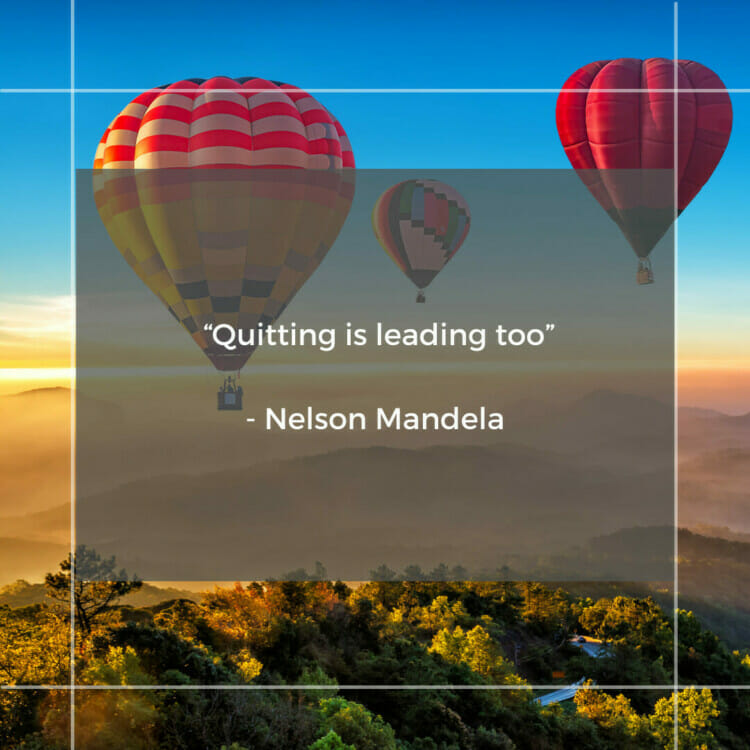 We live in a time in society where quitting is seen as the worst action you could possibly take. It reflects on you as a lazy, easy-way-out kind of solution to a problem you’re facing. But that’s simply not true. This Nelson Mandela quote reminds us that having the courage to let go of something because you’re smart enough to understand it’s simply not going to work out is one of the bravest actions you can take. And teaching your people to understand that is the greatest gift you can give them.

8. Nelson Mandela quote on what courage really is 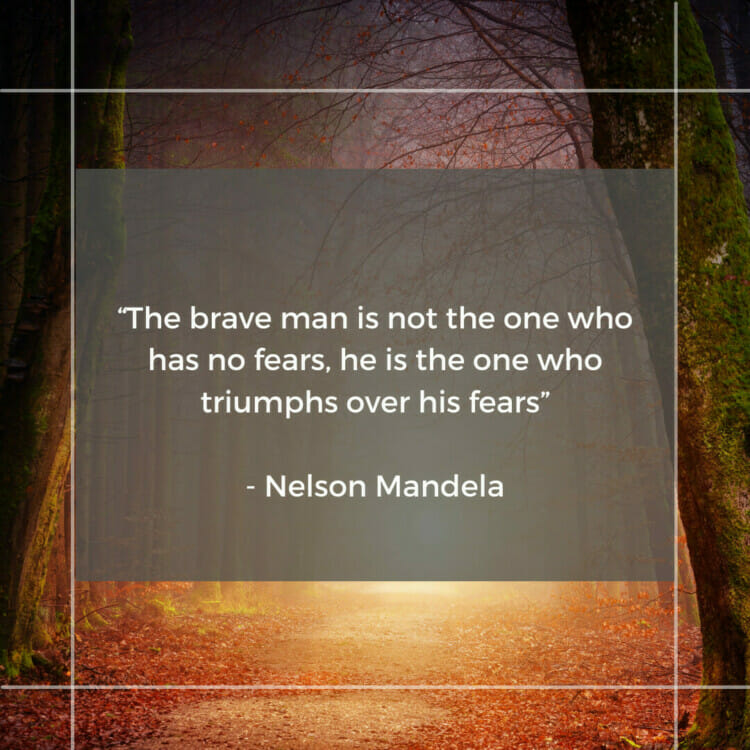 Wise people understand that being courageous is not the absence of fear, but the ability to move forward even if you are scared. Fear can be a paralyzing, terrifying entity that prevents you from making any decision at all. But if you can find a way to beat those feelings long enough to be able to breathe and think a bit more clearly, then you’re truly a brave human being.

9. Nelson Mandela quote on the calmness that comes with change 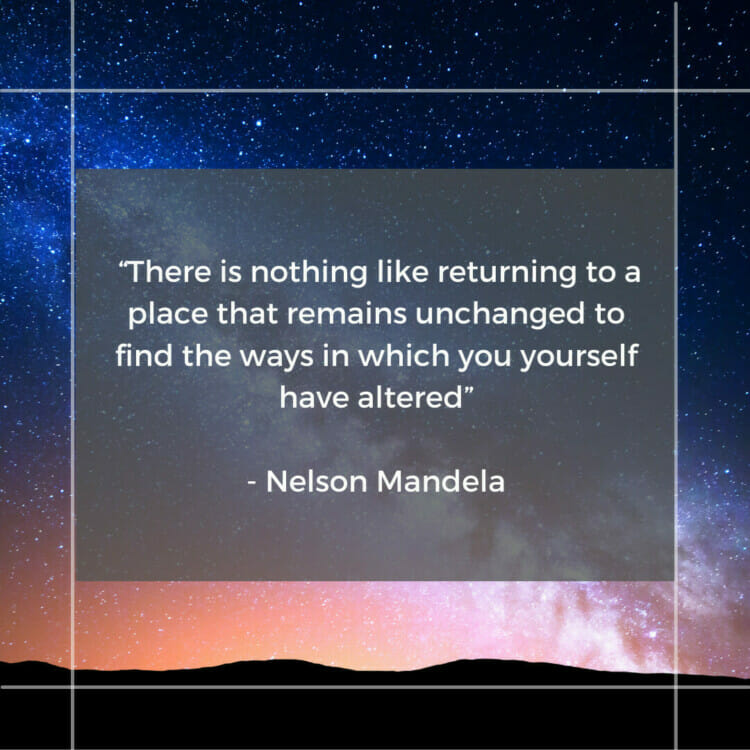 Change can be a scary thing. The unknown means you don’t have control over what can happen, and so you can’t prepare. But there’s something to be said about coming out the other end of charge feeling strong and powerful. And those feelings are never more obvious as to when we return to someplace we used to frequent before a big life-altering moment. A physical place will never change, but we will enter that space a new person. And, the palpable differences between before and now can be an inspiring moment to experience.

To start on your personal journey today, take our free course, Building Your Personal Annual Plan!

10. Nelson Mandela quote on standing up for change 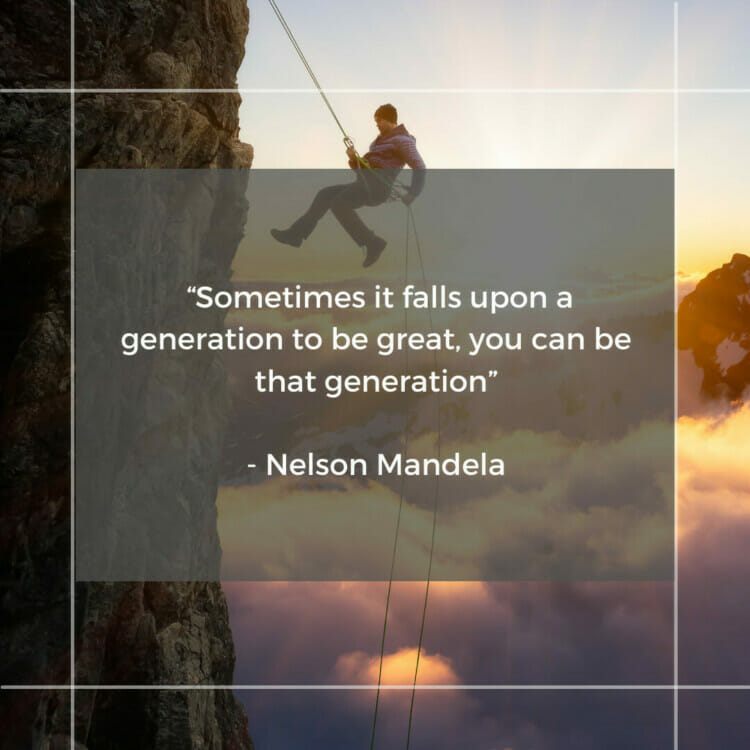 This shares a similar feeling to the phrase “be the change you want to see in the world”. Most of us are able to identify when something needs to change. But most of us also tend to think someone else will be the one to take action. The problem is that if we all think the same way, then who will be the person to stand up? If you see something that needs fixing, be the person who takes action.

This Nelson Mandela quote reminds us that we have a big task ahead of us in fixing the problems of today’s world. It also reminds us that greatness awaits too, so take action now!