10 Kobe Bryant Quotes To Motivate You To Work Harder 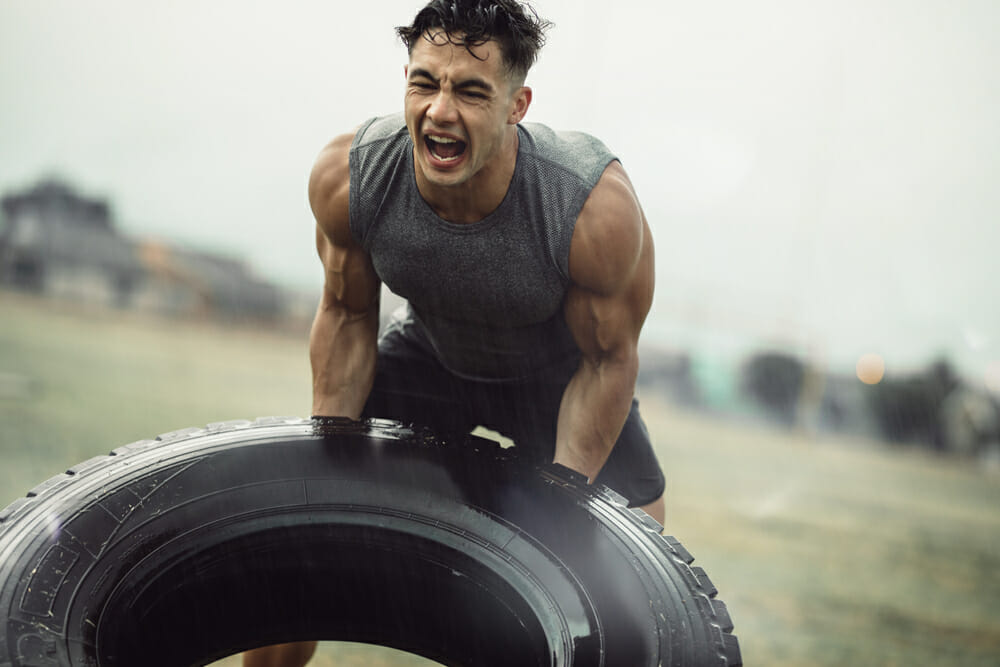 If you’re not commonly into sports you might not realize the level of leadership and teamwork required to do the job at a pro-level. People like Tom Brady, Michael Jordan, and Lionel Messi have all guided their teams to glory, but have also put in the work to get there – and stayed humble throughout the process. Kobe Bryant quotes have motivated us when we lacked the motivation to keep going.

One of the names that should be on that list is Kobe Bryant’s. A passionate basketball player Kobe made a legacy out of working hard, being dedicated, and truly knowing your own greatness. While the world tragically lost him way too soon when the helicopter he and his daughter Gianna were in suffered an accident in 2020, he left an unerasable mark on the world.

We wanted to share 10 Kobe Bryant quotes on leadership so you can also be inspired to live your life the Black Mamba way.

1. On the power of hard work 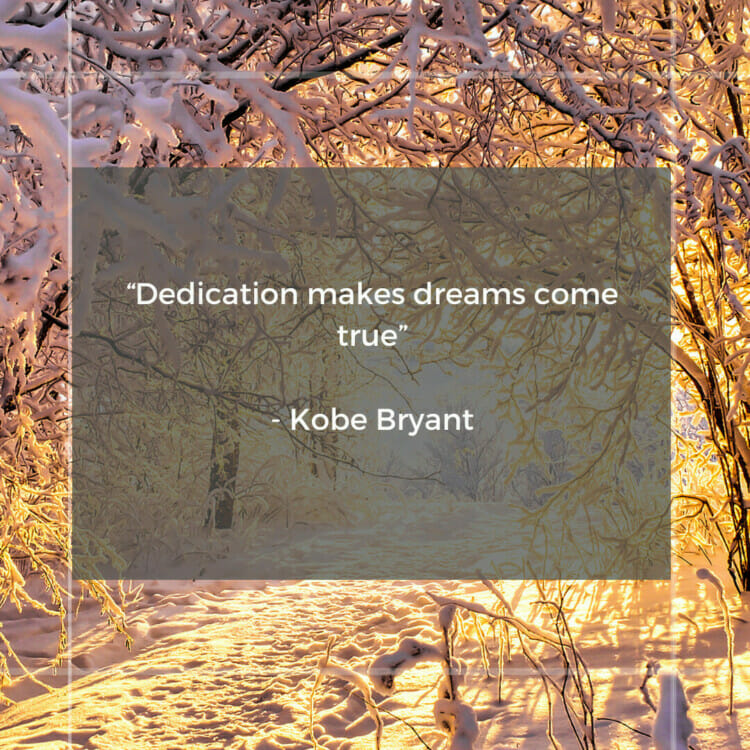 One of the most simple Kobe Bryant quotes that is absolutely true. It’s not an innate skill or even motivation, that will help you achieve your goals. It’s dedication. It is doing the mundane and repetitive tasks you don’t want to do that will help you take that step towards the finish line. It’s getting up in the morning to take ownership of those things you really, really don’t want to be doing that day. Because the day you finally make your dreams come true, you’ll be able to look back and know without a doubt that it was you and the dedication that got you where you are.

2. On enjoying the view while you move forward 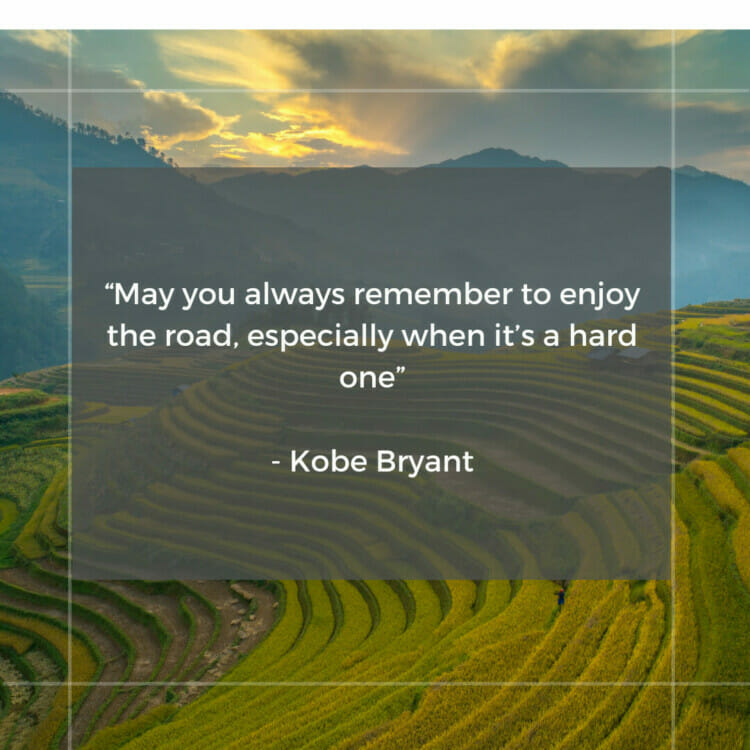 This Kobe Bryant quote reminds us of the phrase “it’s not the destination, but the journey there”. It sounds poetic, but it’s also true. In both the little things, like helping mediate a problem within your team, and the bigger things, like what you’re working towards as a manager, it’s the steps you take that are the best part. And, when the going gets tough? Those are also some of the best moments. You learn and thrive from the hardship, and you come out the other side stronger.

3. On using failure to propel you to eliminate fear

Most of our fears related to failing come from two main aspects. What others will think about that failure and the fear of not knowing what that failure actually looks like in practice. But, always remember that you’ve failed before already. It might not have been in the exact same circumstances you’re in now, but you’ve failed in school, with your relationships, even when picking the wrong dish at a restaurant. Not only did you survive all those moments, but they were preparing you to not be afraid when bigger failures knock on your door.

4. On being there for your team even when they’re not your team anymore

This Kobe Bryant quote came at a time when he transitioned from a player to a coach. Your job as a parent isn’t over when your kid turns 18 and leaves your home, and neither is your job as a manager over once you’re team moves on. The most wonderful part of helping people grow into themselves work-wise is being able to create a long-lasting relationship with them. Be proud when they come back years later asking for advice or help. Or you’ve managed to leave an impact on them they will carry with them for years to come.

5. On taking things slow and doing them right the first time around 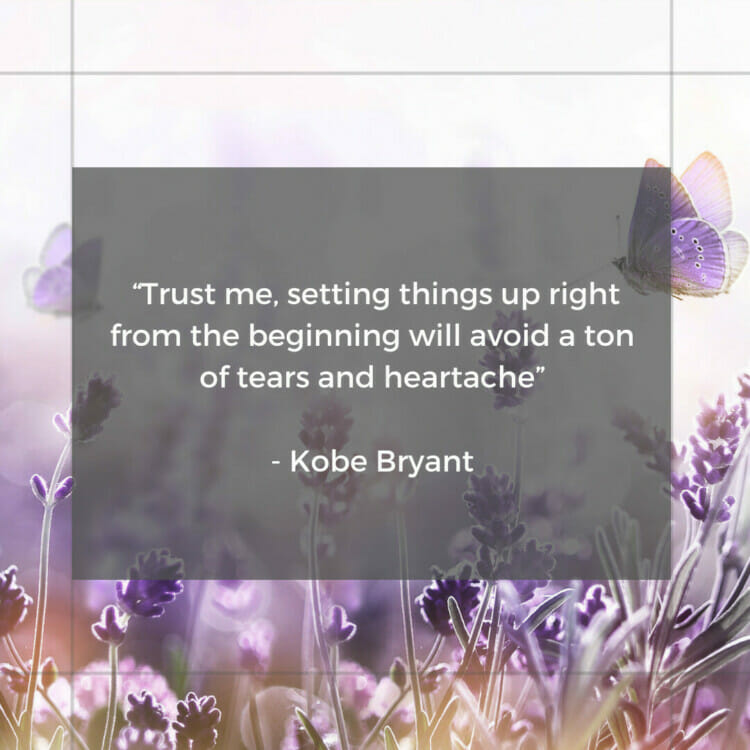 There’s no bigger waste of time than having to fix something that was incorrectly done in the first place. While you might think that doing tasks halfway at the start will save you time, that’s only true during the setup. Down the road, you’ll be wasting more manpower and time retracing your steps and starting over than if you’d done it right in the first place. So, take your time next time you’re faced with a new project or issue. Analyze the situation in front of you, and decide the best course of action. Don’t think about getting it over with, but about how to best approach it from the start.

6. On how true motivation comes from inside you 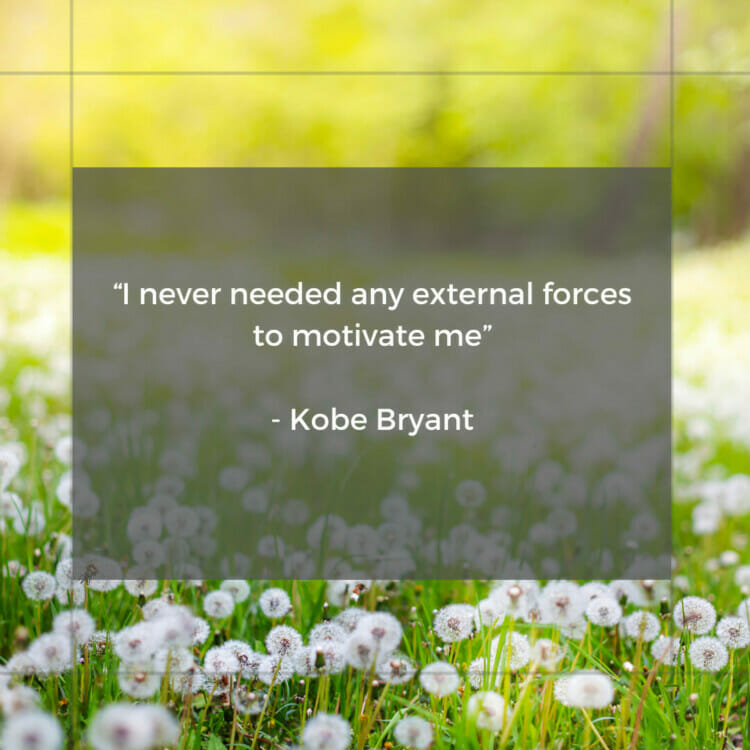 If you always rely on other people or things to motivate you, there will come a day you’ll regret it. People will walk out of your life, and that job you’re working towards will be given to someone else. Learn to create your motivation from within. Figure out the true reason you’ve decided to achieve that goal, and picture yourself succeeding. No one will be able to ever take that away from you.

7. On the real price of leadership 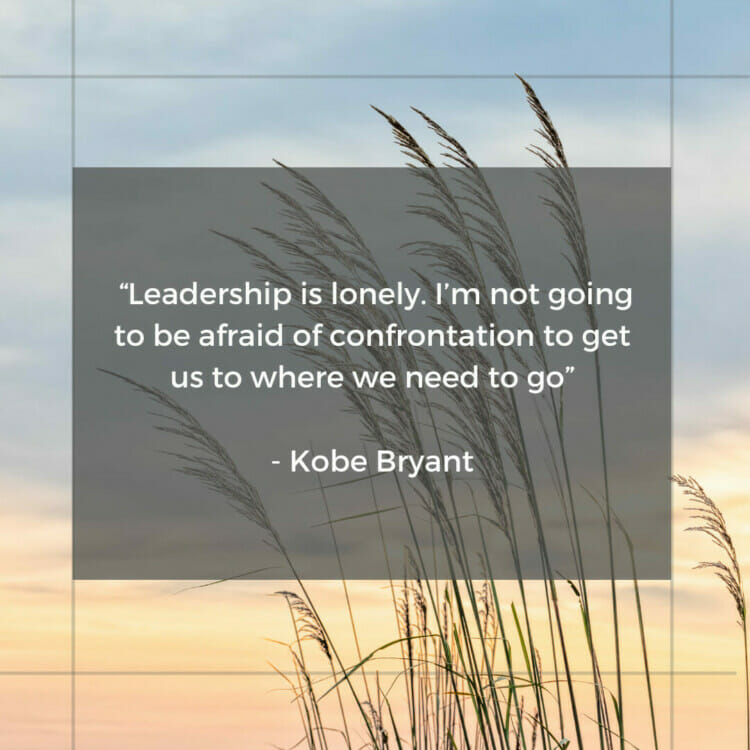 One of the biggest differences people perceive when they move into their first management role is the distance between them and their team. While you’re able to be friendly and kind with your people, it will never be the sale relationship as when you were peers. And it shouldn’t be. That distance helps convey authority and so when moments of confrontation happen there’s a precedent of power balances. Don’t be afraid to be “lonely” within your team, and look for peer support from other managers instead.

8. On being your own biggest cheerleader 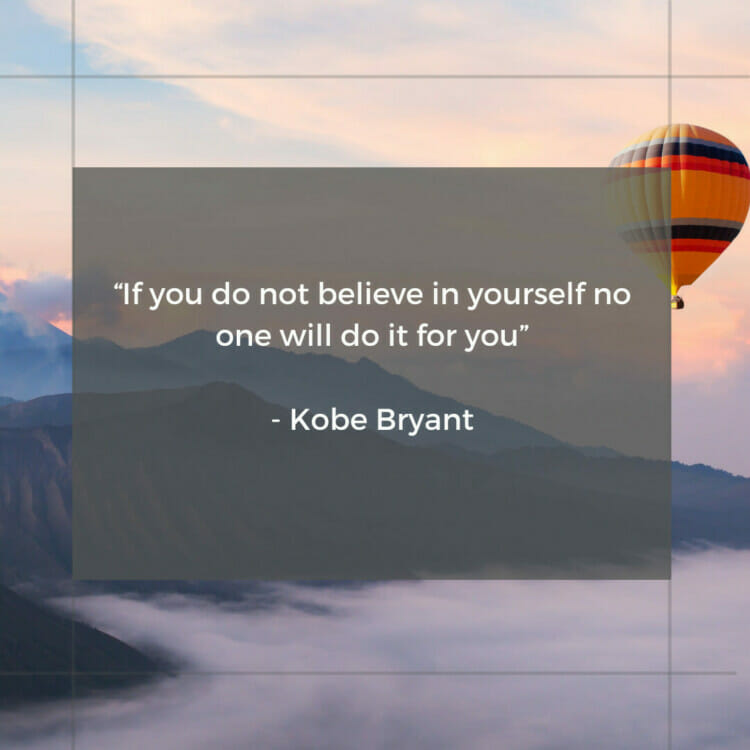 No one cares about you as much as you care about yourself. Not your boss, not your best friend, not your partner. They may sincerely want to see you succeed, but they will be too focused on their own lives to be able to hold your hand every step of the way. And they should. You should be the one believing in yourself the most, so the day those people aren’t around anymore you haven’t been shaken at all.

9. On being the type of leader who leaves a legacy behind 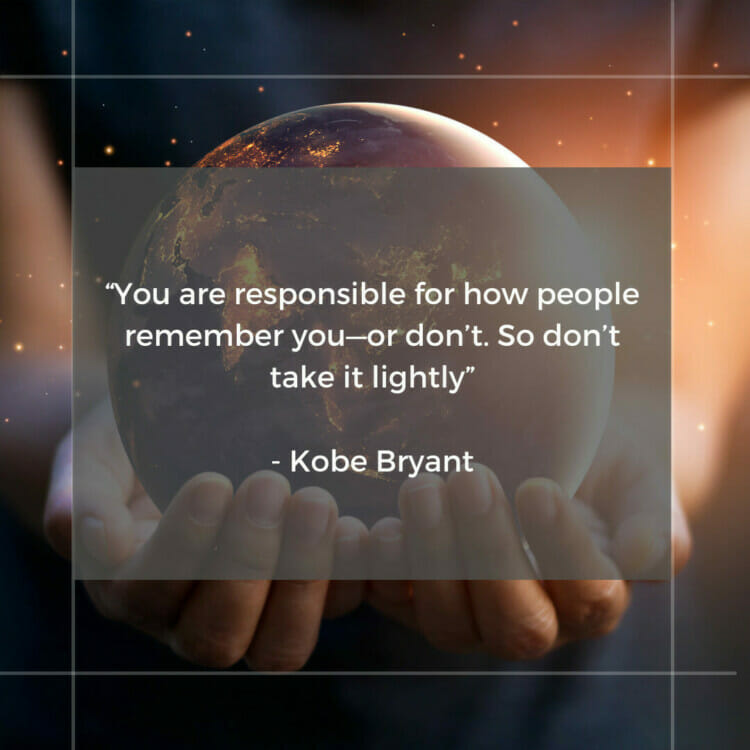 This Kobe Bryant quote stresses the importance of managing your perception in the eyes of others. It is in your hands how people will speak about you when you leave the room. Were you a fair manager? A kind one? Or were you just a presence with no long-standing impact in their life. Don’t take lightly the legacy you can leave in your wake.

10. On not being afraid to have tough conversations 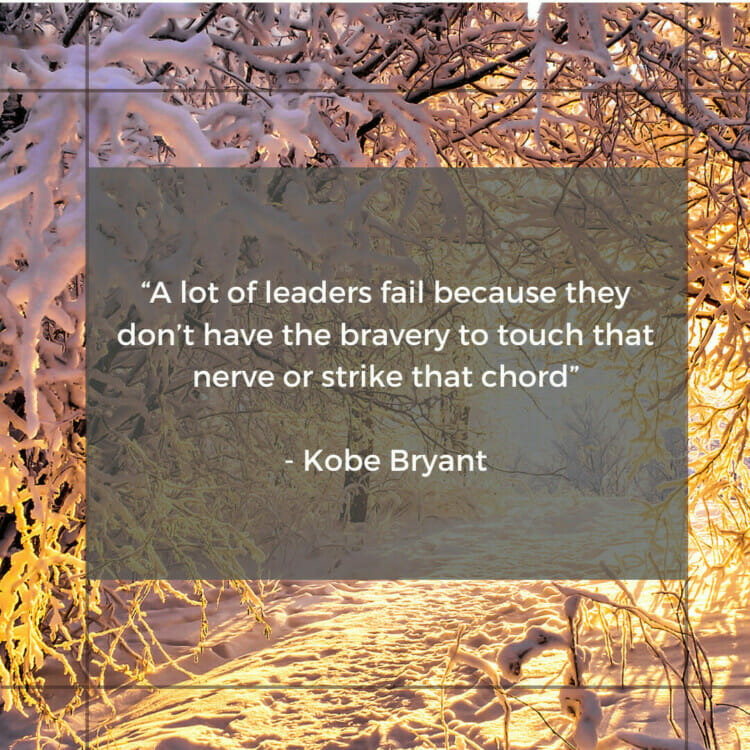 We round off our list of Kobe Bryant quotes with one about having the courage to do what needs to be done. Being a manager requires a level of internal strength that most people aren’t comfortable with. A true coach will tactfully be able to convey what their team member needs to work on or will be able to deliver sensitive news to a superior. These are hard conversations to have sometimes, but being able to take ownership of them is what will set you apart from a mediocre manager.

Take our free course preview on “Dealing with Underperformers“.