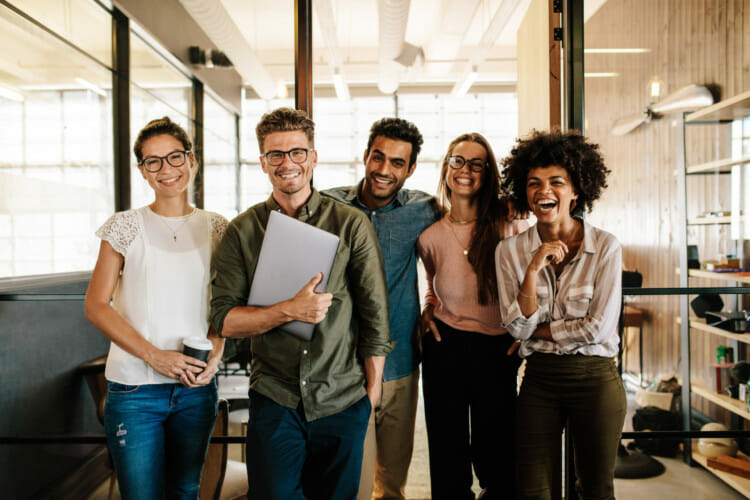 As leaders, when we assess our teams, we naturally tend to focus on problem areas and how to fix them, and our HR plans reflect that. We know we need to talk to this person about their bad behaviour or deal with that icky situation somehow. These sorts of plans are always on our minds.

But what about you’re A players? Do you have a plan for retaining and developing them? Tending to your Stars is the single-most important task you have as leader.

You retain your best people by giving them love. Love can look like a lot of things, depending on the person. Here are 10 great ideas you can implement right now.  Take the best and leave the rest!

Money matters. Your Stars need to be paid at the highest level of what constitutes fair market compensation in your industry. However, I’ve found that money matters almost as much for the recognition it brings as it does for the increased cash the Star has in her hands.

Sometimes a timely gift means more than a raise and has the advantage of adding memory value. Even simple gifts mean a lot when they’re sincerely given. Flowers, books, gift certificates, chocolates, mementos, and so on that are accompanied with a card containing meaningful words never go wrong. Likewise, an extravagant gift that is sincerely given will work magic—especially if it becomes a memento and a talking point for the receiver.

Most leaders are reluctant to give out praise, and that’s a big mistake. When praise is earned, it should be given.

Publicly and privately praise people who live out your right attitudes; write them notes, give them awards. Recognition doesn’t have to cost anything. It’s not about the money; it’s about being noticed for what you do.

Recognition means most when it’s both deserved and unexpected. If someone gets chosen as Employee of the Month every month, and everyone knows that eventually their name is going to go on the recognition board, it doesn’t mean a whole lot. But an unexpected shout out during a staff meeting that tells your employee someone is noticing when he does things right means a great deal.

For the employee, this includes attending events or conferences, engaging in external coaching, gaining access to webinars, receiving funded educational opportunities, and obtaining book allowances. It means a lot to an employee to be selected to attend an industry conference or fly to another city to learn a new skill.

Personal growth opportunities are particularly gratifying for you Stars because they confer their status internally with co-workers (“Susie gets to go where?”) and gives them bragging rights at home (“Yes, I’m off to Los Angeles on Monday for a conference”). These opportunities benefit the employee with more knowledge and contacts, and also benefit the company when the employee brings her new skills back to the workplace. If she gives a formal summary to her colleagues when she gets back, the benefits extend even further. It’s a win for everyone.

Recognizing that there’s a potential evil side to each of these motivations, there is a lot of truth to the list. It should be known in your company that people who work harder get more of the currency they want.

There was a time when the American military had no use for independent thinkers. That changed in World War II, and General George Patton played a big part in the change. He wrote: “Never tell people how to do things. Tell them what you want done and they will surprise you with their ingenuity.”

William Coyne, Senior Vice President of Research and Development at the famously innovative 3M, described it this way: “We let our people know what we want them to accomplish. But—and it is a very big but—we do not tell them how to achieve those goals.”

As much as possible, let your Stars figure things out on their own.

Autonomy is about letting people have control of:

Some of these will work for your company and some won’t. Choose the version of autonomy that works for you and let your Stars surprise you with their ingenuity.

One of the great motivators for all people is the drive to be included in the inner circle.  We all understand this because we’ve been through grade school. Kids will throw away their morals, their inhibitions, and sometimes their self-respect to be an insider. They’ll turn on friends, lie to their families, throw away their educations, ruin their health, and endure punishment from the authorities, just as long as they have access to the inner circle that matters to them.

This doesn’t change once we’ve grown up—everyone in your company wants desperately to feel that they have access to the inner circle.

Rather than fight this reality, give your Stars inner-circle access as a reward. Invite them to attend part of a management meeting or retreat. Call them into your office or ask them to lunch and solicit their opinion on an important strategic decision. Arrange for them to spend time with key leaders in the company.

Award your Stars access to the inner circle, even if it isn’t permanent. Access matters to them. A lot.

I’ve interviewed many Stars who were looking at a new position because they felt ignored by top management. Sometimes we think we can forget about these people because they always figure things out on their own, and we turn our attention elsewhere.

Stars feel it and don’t like it. They want to know that they’re on your radar, that you know their plans and goals, and that you are acting as their career advocate. The biggest mistake you can make with your Star is to ignore him, and set him up to be noticed by someone else. In our personal lives, we need to remember to keep the home fires burning, and the same is true at work. Don’t ignore the ones you love the most.

Some airlines have figured out that—at least in certain respects—loyalty can be bought in exchange for perks. Do you know anyone who buys things he doesn’t need or takes an extra flight so he can retain his ultra-triple-platinum frequent-flyer status, so he doesn’t have to board alongside the unwashed masses?

Perks have the power to retain people.

Perks can take many forms—such as time off, upgraded technology, enhanced travel status. I have clients who regularly offer new phones and laptops as rewards. One client allows Stars to upgrade flights to business class, or have access to airport VIP lounges. Another collects “swag” (gifts given to them by suppliers) and gives them out as prizes to Stars. One restaurant chain allows free food for people who hit their goals.

Find perks that matter to your stars and trade them for retention.

More work is a reward? Really?!

While Non-Stars are unhappy with more work, Stars love knowing that they have your confidence. More responsibility is often a perk to them, especially when the increased responsibility is noticed by others. Giving your Star a chance to be the boss while you are on a vacation, or lead a team huddle in your absence lets him try out his leadership skills, and also lets him know that he’s trusted and valued.

There are several ways to reward your Stars. These include:

Use one or more of these tools to make sure your Stars are happy and disinclined to look elsewhere.