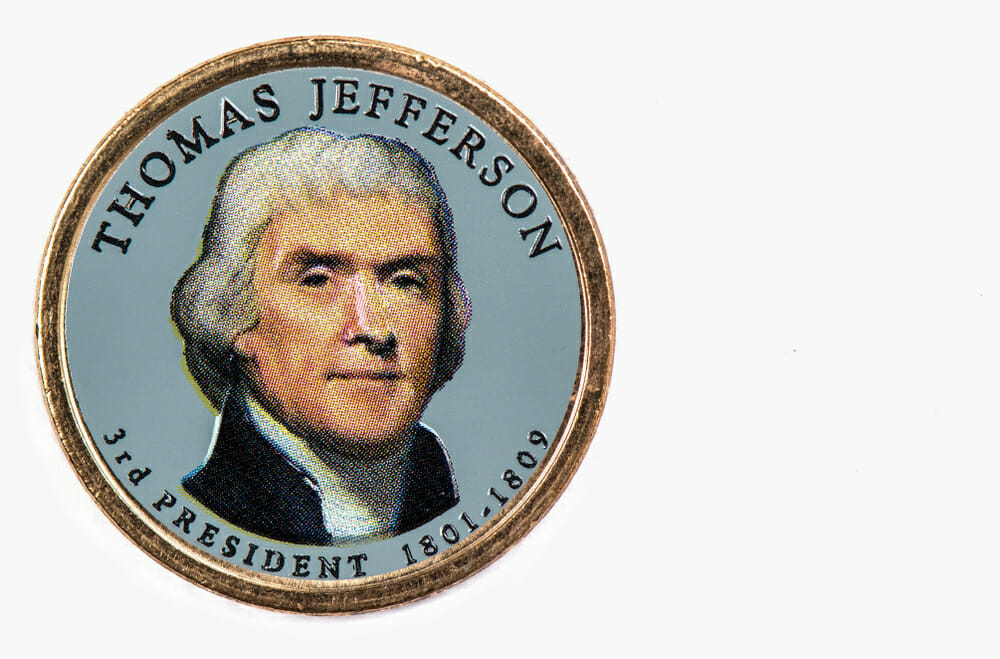 Those who are able to govern countries tend to have their leadership skills more developed than most people. This means turning to them for pointers on how to manage and guide is always a great idea. Thomas Jefferson was one of those people history will always turn towards. Thomas Jefferson quotes remind us that humility is an essential quality for a leader to have.

The third president of the United States, he was also one of the Founding Fathers of the country. A group of men, mainly politicians, joined forces in the 1800s in order to unite the American colonies into what the US is now. They did this via the creation of the Declaration of Independence. Jefferson himself is widely considered the principal author of the declaration.

As a lawyer, musician, politician, and architect Thomas Jefferson was pro-democracy, in favour of individual rights (for some people), and a proud republican.

Keep reading to learn about the top 10 Thomas Jefferson quotes on leadership.

1. Thomas Jefferson quote on how not acting first can yield great results 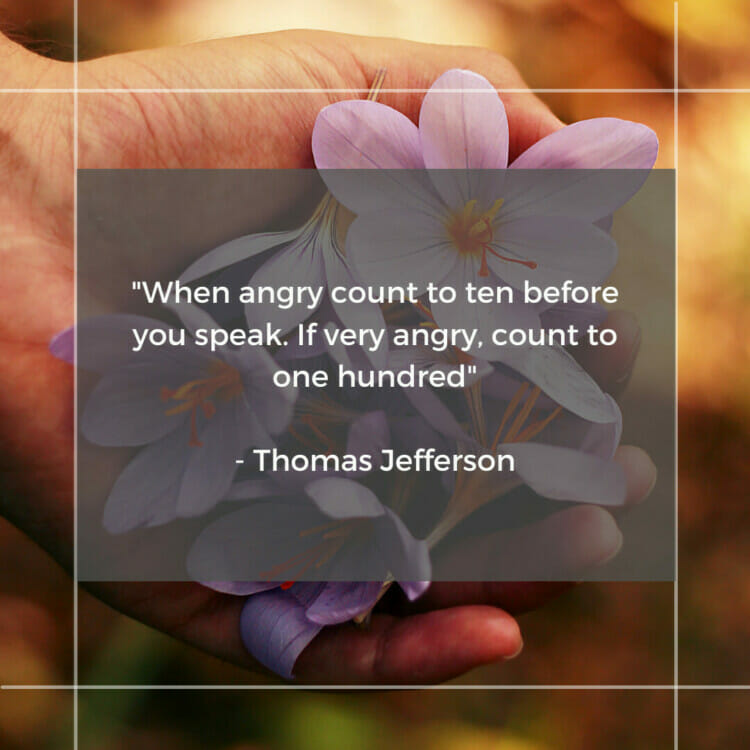 When we allow our emotions to overtake our actions, the outcome never ends up being what we ultimately wanted. We yell, are rude, or say things we don’t actually mean. This is true not only for our personal lives but for our work life as well. Especially when managing a team, it can sometimes feel like you’re acting as someone’s parent. So, take a leaf out of the parenting tree and listen to Jefferson’s advice. If you’re facing something that makes you angry, count to ten in your head first before opening your mouth. If that doesn’t help, then count to 100.

2. Thomas Jefferson quote on how true knowledge teaches you there’s much to learn 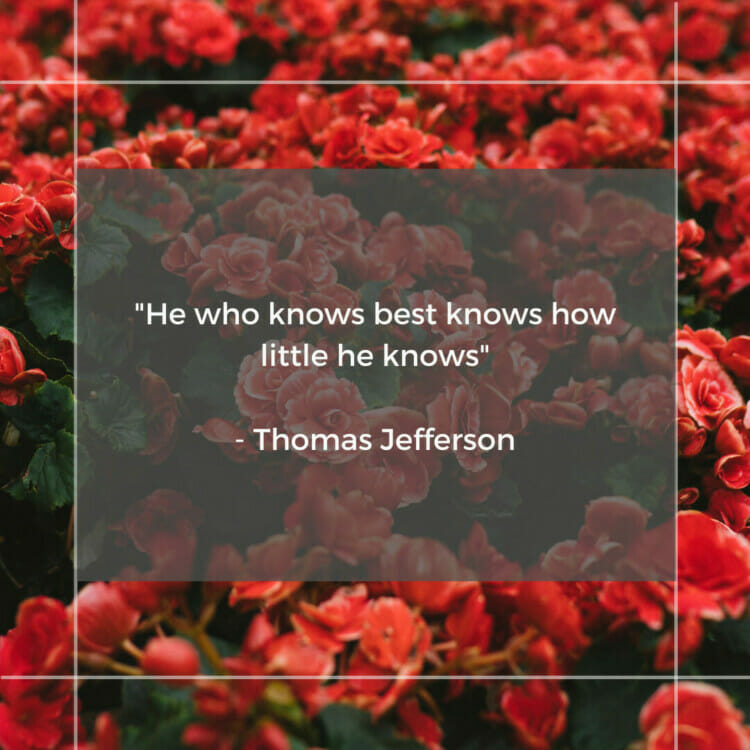 The smartest person in the room will always know that they don’t actually know everything. It’s a sign of intelligence when someone replies with “I don’t know” instead of just coming up with a random reply to look smarter. A smart leader will recognize that they have much left to learn and will learn on their team to help cover the gaps for the areas they’re not familiar with. While this doesn’t mean you shouldn’t always keep learning, it does mean you’re self-aware enough to know where you lack.

3. Thomas Jefferson quote on how actions speak louder than words 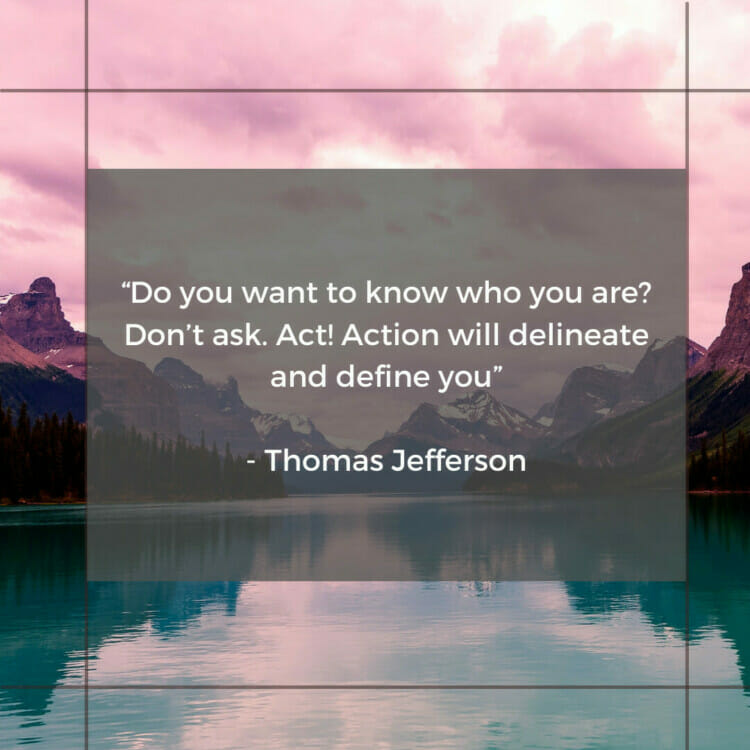 What you chose to do and take action on is a better reflection of who you truly are than what you choose to say. It’s easy to pick words you feel others want to hear – or even words you think your own heart wants to hear. But nothing will ever be as true as the effort you choose to make when the going gets rough.

4. Thomas Jefferson quote on how invaluable being strategic with your words is 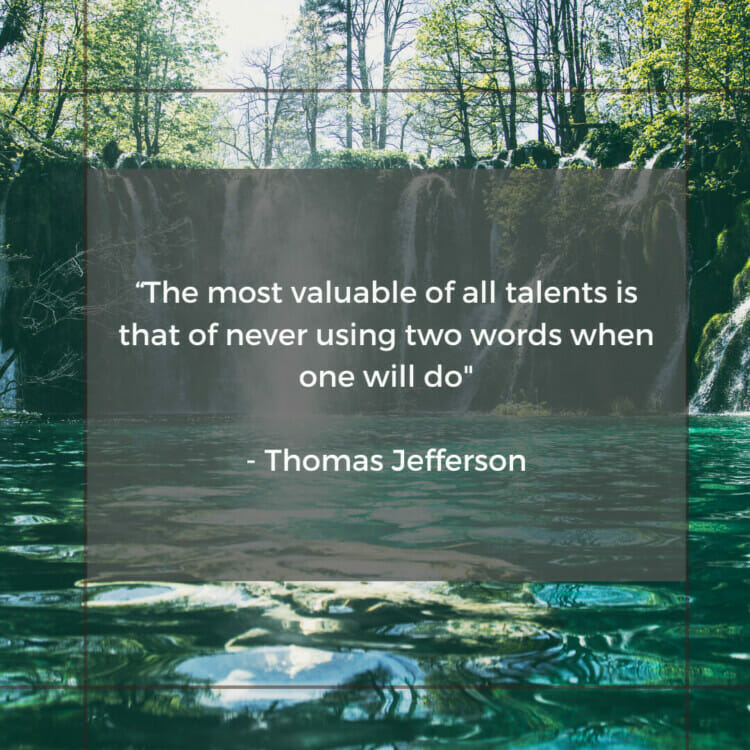 A person who speaks just for the sake of speaking is wasting valuable time. A key personal trait you can have as a leader is to learn how to convey the same message in the least amount of words possible. Basically, this means that showing off big words or complicated topics just to try to look smart is not the way to go. Simply and edit whenever necessary. It will help you be a more approachable leader if the people around you think you won’t make them feel less smart by using big words.

5. Thomas Jefferson quote on why you should make an effort, even if you won’t reap the benefits 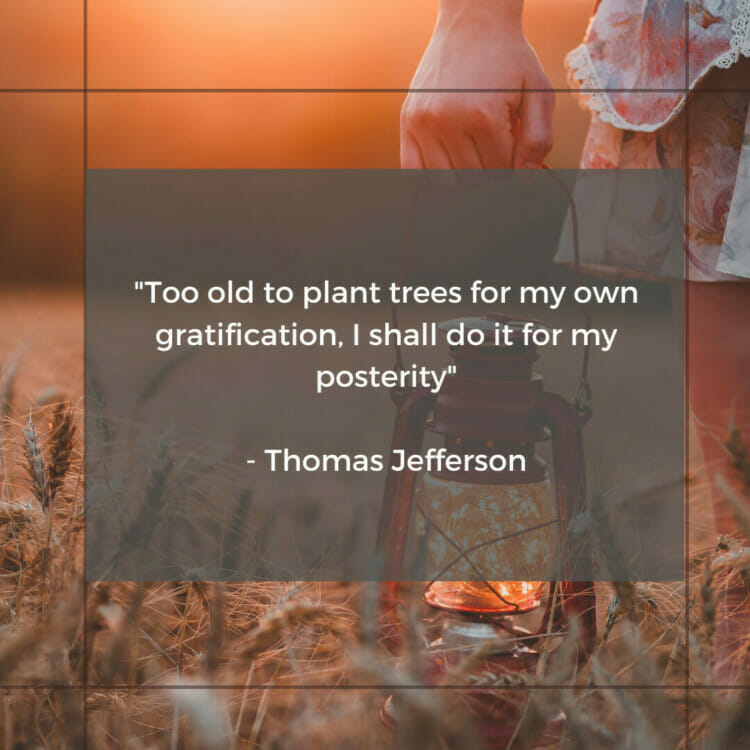 A good leader doesn’t just take action in order to benefit themselves. They think about their team and their team’s future. Even if you won’t benefit directly from the fruits of your effort today, you should still do it just for the sake of helping those that will come after you. That is what will set you apart from other leaders.

6. Thomas Jefferson quote on how taking your time to prepare is the right course of action 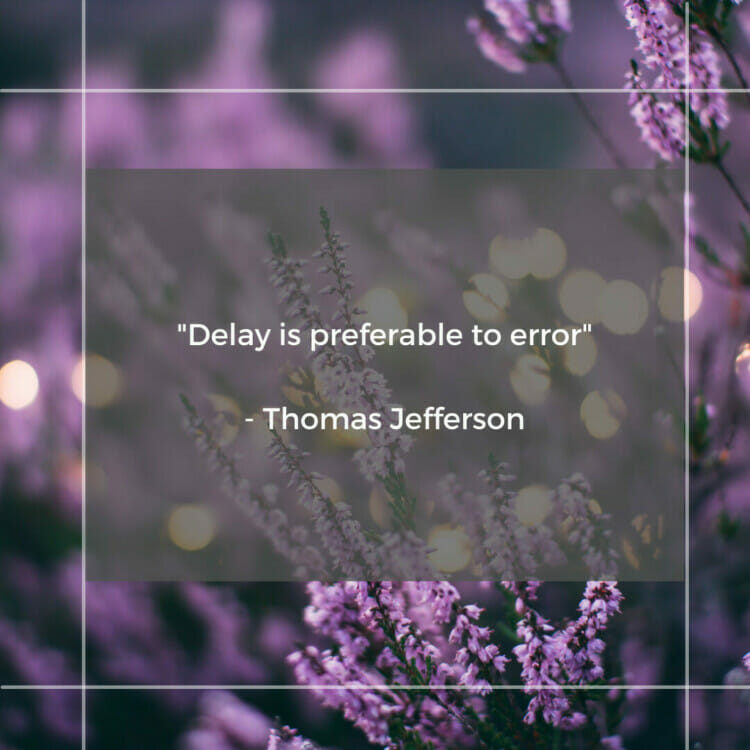 Taking your time to make a decision in order to ensure it’s the best one possible will always trump making choices just for the sake of moving forward. A delay in the process is much more preferable to making a costly and time-consuming mistake. After all, you’ll have to double back and take the time to fix that mistake, come up with an alternative action, and then put it into effect.

7. Thomas Jefferson quote on not delegating just for the sake of it 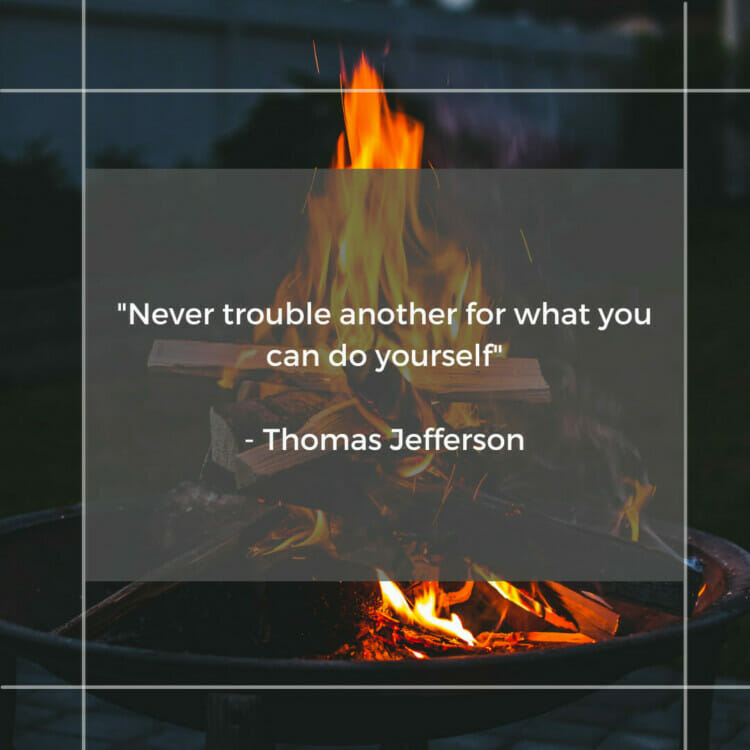 While learning to delegate is one of the most important, yet difficult tasks a leader will have to learn how to do, you should use it sporadically. Don’t overwhelm your team with projects just for them to see you sitting around doing nothing to help lessen their load. 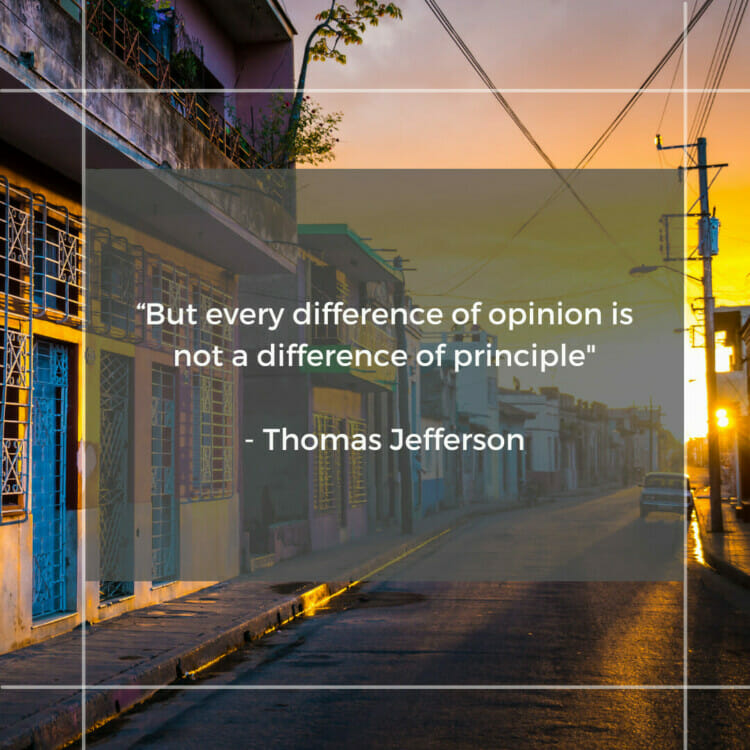 There’s a pointed difference between thoughts that occupy our mind and values that occupy our hearts. In fact, sometimes, those values we don’t see reflected in other people’s actions, opinions, or words can actually still be part of the same set of principles we share. There is more than one version of the same coin and while all roads lead to the same outcome, not all journeys are the same. This means that if at first you’re faced with someone who seems to not be sharing your morals, maybe you’re simply looking at it wrong. Differing opinions aren’t always the consequence of different values.

9. Thomas Jefferson quote on how we are all equal, no matter what position we hold 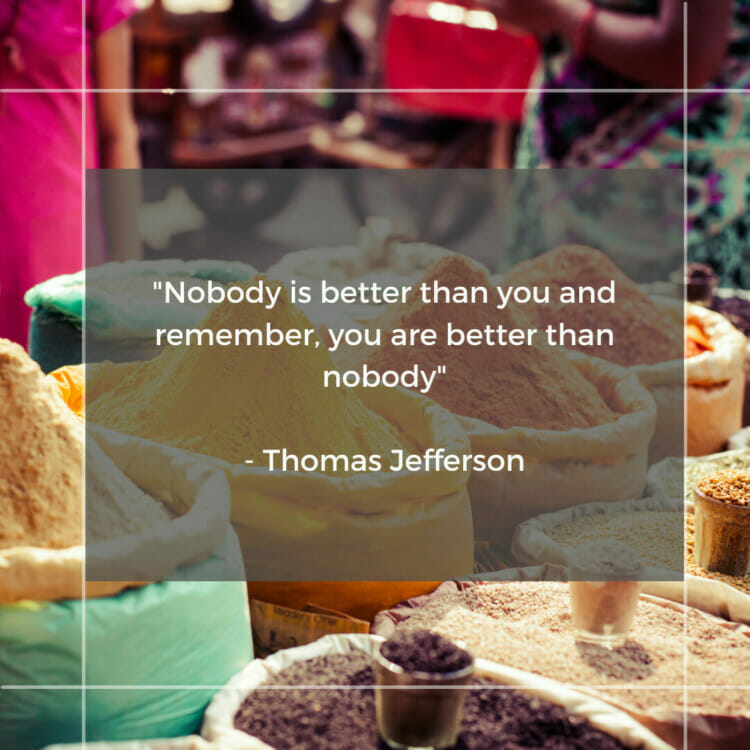 This is a tried and true statement that anyone who’s been in management for a while we have heard before. Treat the janitor the same way you’d treat the CEO. No position is better than your own, and neither are you. Remember where you started and that once you were also an entry-level person looking to grow in their job.

10. Thomas Jefferson quote on making the effort to keep learning 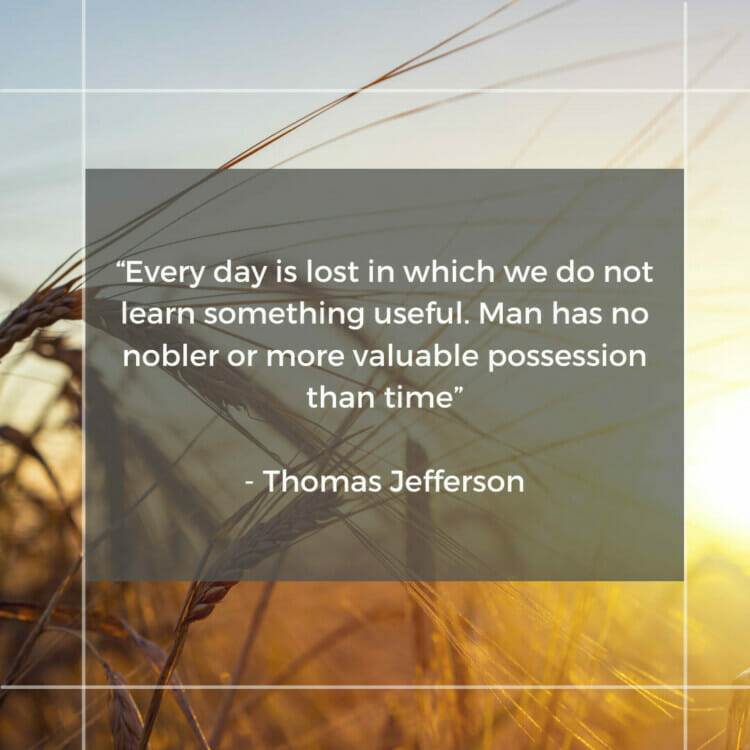 Never be too focused on yourself or your personal life to stop learning. There are always new things to learn and new skills to pick up. Try to learn something new every day you wake up. It will put you miles ahead of everyone else faster than you know it.