5 Cases Where Employee Coaching Doesn’t (And Will Never) Work 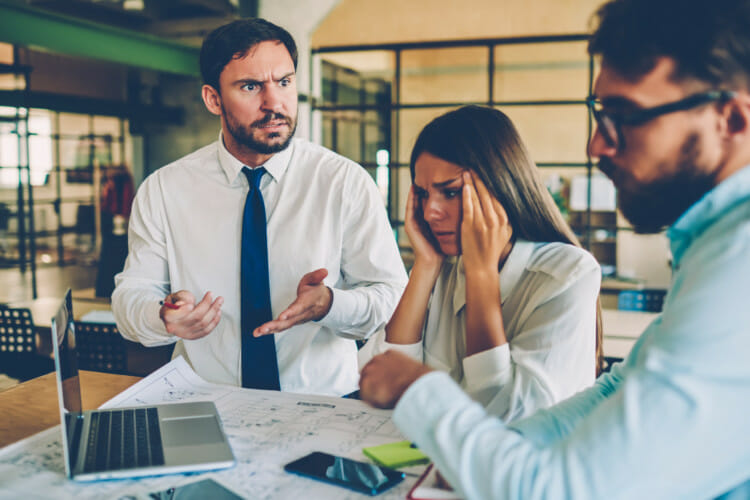 If you’re deciding whether or not to pour extra time and energy into someone beyond going through the coaching process, make sure no roadblocks get in the way of having a winning engagement. Here’s when coaching doesn’t work:

1. When it is offered as an alternative to punishment

Sure, we’ve all the heard stories about the cranky, employee who sees the light, and is a changed person after being forced into coaching. Sometimes it snows in July, too. But I wouldn’t count on it as a regular event.

If, for whatever reason, the employee isn’t interested in getting coached and growing and making progress, it isn’t going to work. None of us has the power to make a grown up do what he doesn’t want to do. He’ll just have another story of how he “tried that, and it didn’t help either.”

2. When there isn’t a deep commitment to change

When a person wants to see “a little progress” in an area, it isn’t likely that anything will be different in six months. If, for instance, a person has received feedback that she is hard to work with and she acknowledges it but goes no farther than just saying the words, “I would like to try to get better,” she likely won’t.

For real change to occur, the concerns not only have to resonate with her, but she needs to make specific, time-based commitments in order to improve. She needs to share these commitments with her coach and her team so that she has accountability.

The person being coached needs to be committed to making progress. If she begrudges the time wasted sitting with you through the coaching process, this isn’t an good sign of dramatic life change to come.

3. When the person being coached has a flat (or declining) performance history

While you’re considering coaching people on your team, reserve your extra mentorship time for those who really want it, and show either a history of, or an interest in developing an upward trajectory. Here’s why:

The upward person is still going to get there in the end. It’s just that they will get to their destination a lot faster with coaching. The flat/in decline person will continue on his path, too. The only difference is that the frustration of attempting to coach him will take at least two years off of your life, if you make a habit of it. And you’ll be renowned as a failed coach for your trouble.

I once spoke with one of the top business coaches in the world, and he told me that his secret to success was very simple: Just work with the top people in the world, and they make incredible amounts of progress because of who they are. They’re going to be amazing whoever they work with! And then the coach can bask in some of their reflected glory.

The best indicator of future progress is past progress.

4. When the main emphasis Is on listening to the person’s feelings

If you want to improve performance, add structure. Successful coaching is about adding tools and accountability so the employee can see if she’s had good or bad week or quarter, and adjust accordingly. A friend with an ear and shoulder to cry on is a great thing to have in life, but that’s not the job of the coach.

Have you ever tried crying to your football coach about how your feelings were hurt? It’s not that he doesn’t care; it’s that it’s his job to help you become the person even you didn’t know you could be. It’s your mother’s job to listen to you and wipe your tears and tell you that it’s really all their fault, not yours because you’re possibly a genius. Both roles are important, just not embodied in the same person.

For coaching to work, it has to move to the center of the “concern plate.” Sometimes that’s about timing. If a person (even an upward trajectory person) can’t make the time or doesn’t have the desire at present to make coaching a priority, it’s probably not going to accomplish much.

To increase performance, add structure. Think of how things progress as you move up in a sport. When you play a game of road hockey in the street, you come with your own stick after your homework’s done and go home when your mom calls you in for dinner. The rest is made up on the fly.

When you play beer league hockey, you pay some money for ice time, buy some equipment, show up (everyone hopes), and skate around and get sweaty and have a good time. It’s more structured than road hockey, and your results are better, too—but not great.

But when you play NHL hockey, structure prevails. Your eating and exercise and sleep habits are structured. The way you play the game is carefully planned and constantly examined. You get regular, immediate feedback about every aspect of your game and how to improve it; as a result, you play at a much higher level.

Check out Harvard Business Review’s thoughts on when coaching doesn’t work.  Read about it here:

Coaching will never work when: