A Guide to Using Inclusive Language 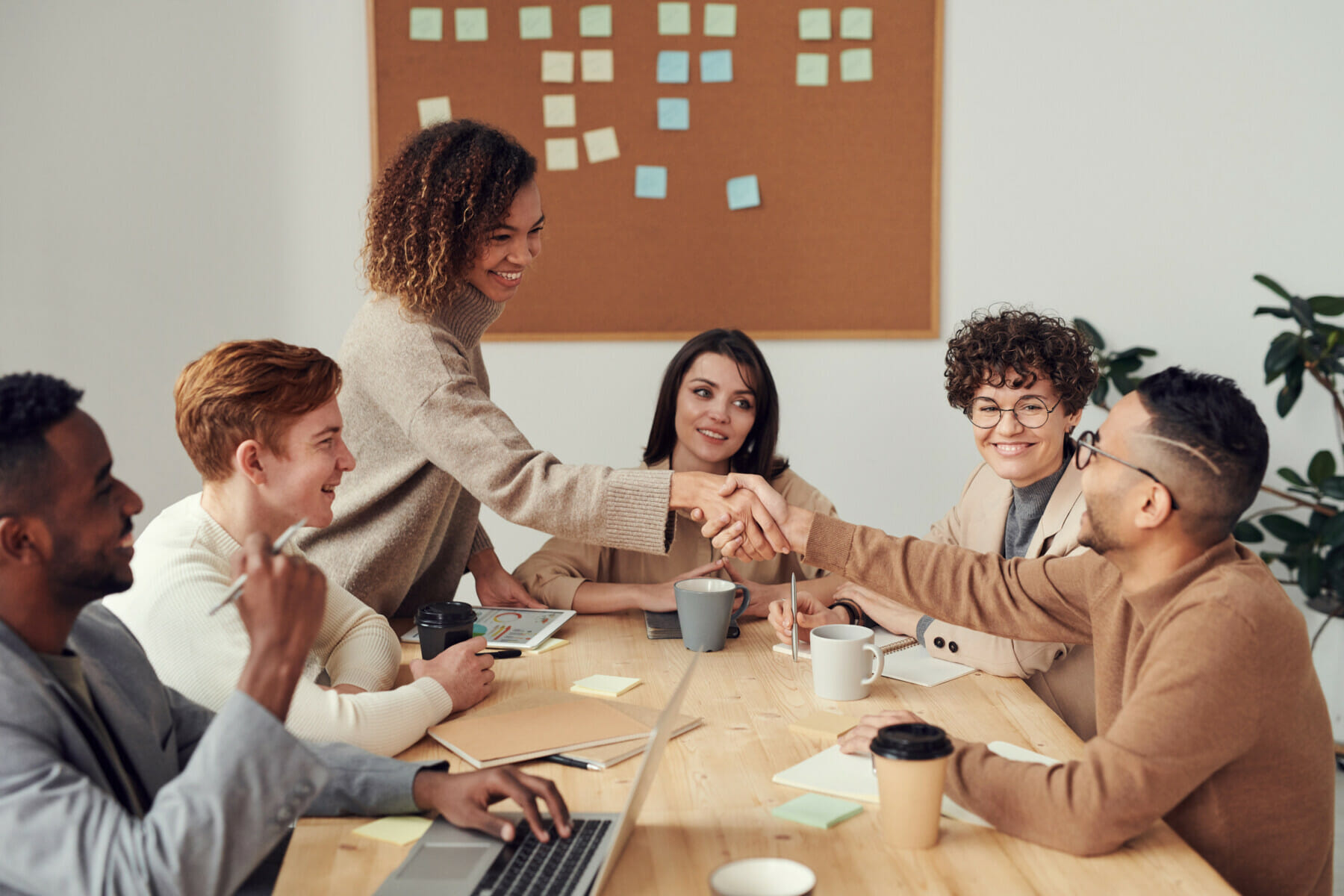 What is Inclusive Language?

Inclusive language avoids stereotyping and discriminatory expressions that alienate people based on sex, race, age, and other attributes. It promotes equality, acknowledges diversity, and is respectful of all communities.

Why is Inclusive Language important at work and home?

According to cognitive scientist Lera Boroditsky, “…language guides our reasoning.” It is a powerful tool that shapes the way you think and communicates your beliefs.

By using inclusive language at home, you’ll get into the habit of identifying yourself on your terms and others on theirs. Thus, you’ll be able to form positive and honest connections with loved ones, free from unrepresentative cultural norms.

Your open-minded attitude will also serve you in the larger world. At work, sensitive communication is vital to collaboration and creating a healthy culture. Without inclusive wording, you risk ostracizing peers and/or perpetuating harmful beliefs against marginalized people.

Overall, staying mindful of your language use can expand your perspective and ensure colleagues and relatives feel safe and supported.

What are some techniques for using Inclusive Language?

Thankfully, you have the power to shape language to match your beliefs and promote equality. Here are a few principles to follow to make your speech more inclusive:

Inclusive language prioritizes personhood over any single attribute. It also creates a sense of unity instead of defining people by their differences. For example, saying “people of color” or “people with disabilities” communicates that the person you’re addressing is an individual above all else.

To use respectful language at home and work, it’s important to create opportunities for others to share their preferences with you. Instead of assuming an individual’s identity— such as their gender pronoun— find an appropriate time to ask about it and respect their preferences in the future. For example, if they prefer the pronouns “they/them”, use those to address them going forward. If you mistakenly address them in the wrong way, apologize and do your best to remember in the future. As a reminder, you might add the information to their contact card on your phone.

Be As Specific As Possible

When identifying someone, be as specific as possible to avoid stereotyping or generalizing in a way that undermines a person’s individuality. Instead of describing someone as “Asian”, you might say “Chinese” or “Indian”; instead of saying “that woman”, use the woman’s name and/or title. Again, if you’re unclear about how people want to be described or addressed, it’s a good idea to ask.

Over time, most languages have come to reflect the majority culture. Identifying with the majority may come with the privilege of feeling accepted and represented most of the time. It’s important to acknowledge this privilege and maintain a curious and compassionate attitude about minority groups. Language is constantly changing and becoming more inclusive. To stay informed about appropriate vocabulary, review your company’s or school’s guide to inclusive language and be attentive to your peers’ preferences.

What are some things to avoid?

Unfortunately, there are a lot of popular English phrases that are derogatory toward particular groups. Phrases such as “man up”, “Indian giver” may support negative stereotypes and make others feel insulted and alienated, especially if they identify with the group the phrase is derived from. If you catch yourself using an offensive phrase, make note of it and seek out appropriate replacements.

It’s also a good idea to avoid overly clinical terminology like “homosexual” because it has a history of being used as an insult and as a way to pathologize gay and lesbian people.

English is full of gendered language, which insinuates that male is the default gender. For example, you might hear yourself using the word “guys” to address a group of people or the pronoun “he” in situations where a person’s gender is unknown. Instead of defaulting to male terminology, opt for inclusive words and phrases such as “you all”, “everyone”, or “they”.

Specificity emphasizes a person’s humanity, but there are still situations where it can be marginalizing and general language is preferable. For example, in discussing a religious institution, say “place of worship” instead of defaulting to a more dominant term like “church”. However, if you’re discussing a specific religion, use the correct term, like “mosque” or “gurdwara”.

When discussing plans or events, avoid using religious holidays as a frame of reference because not everyone will celebrate them. Alternatively, reference the season or specific dates.

Common examples of exclusionary language and how to make it inclusive language:

Chances are, you use exclusionary language in everyday life without even realizing it. Luckily, a few small changes can make them inclusive, so your words won’t be harmful. Here are a few common exclusionary phrases and inclusive alternatives. 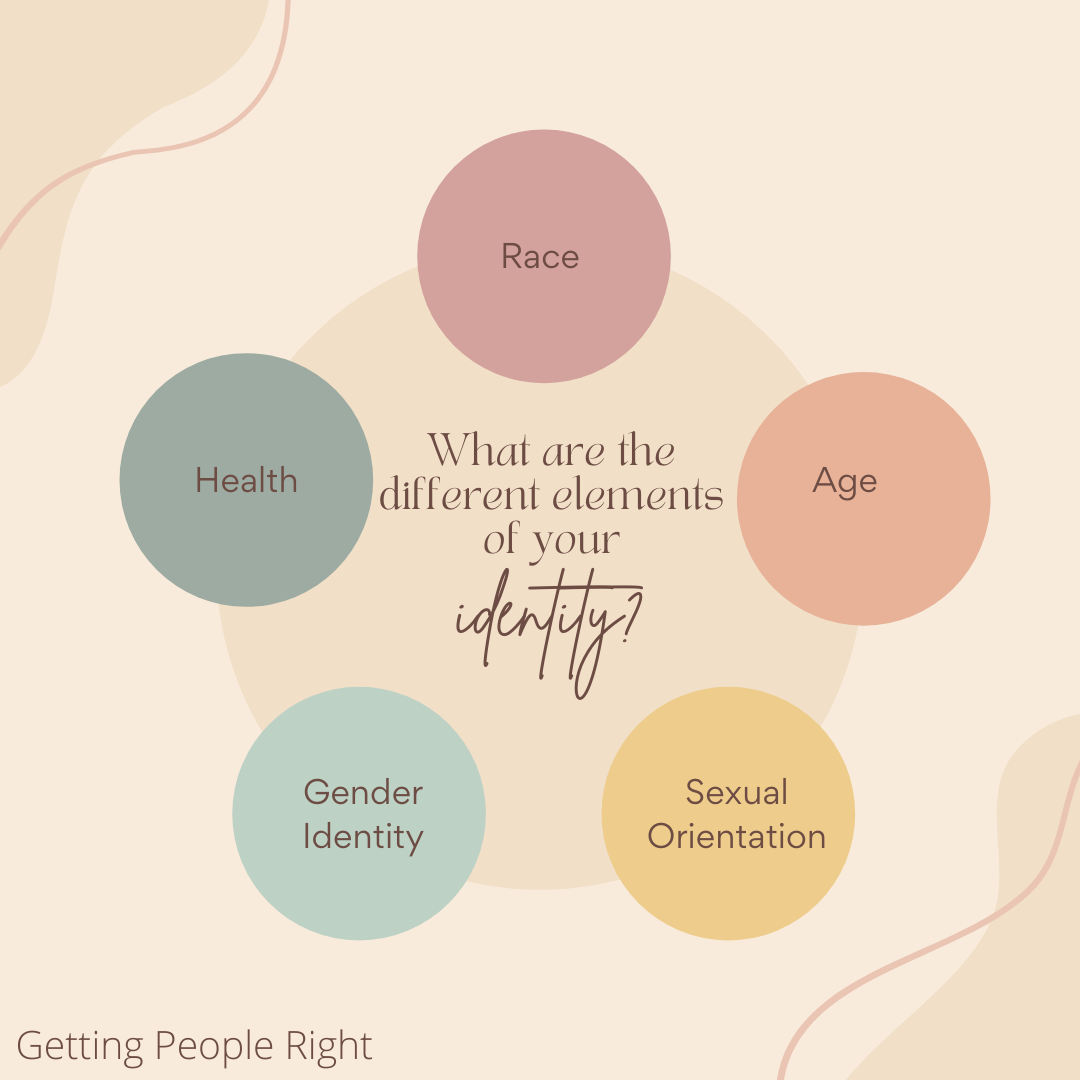 In considering the various and intersecting parts of a person’s identity, it’s easy to get overwhelmed and feel uncertain about how to be inclusive.

A person’s culture and ancestry might include their race, ethnicity, and/or country of origin. Generally, it’s best to avoid referring to this information unless it is relevant to what you’re communicating. For example, you can rephrase “Alex is a Chinese employee” to “Alex is an employee”.

Describing someone by their race, culture, or ancestry will not reflect the complexity of their character. When possible, allow the individual to introduce themself and choose what they share.

In situations where references to race, culture, or ancestry are relevant, be sure to use appropriate and widely accepted terminology. This terminology will vary based on individual preference and location. For example, while in the US the term “African-American” is commonly used, in Canada people may prefer “Black” or “African-Canadian”.

It’s important to be informed about the term “Indigenous Peoples”. It is used to refer to the Aboriginal populations in Canada, including the First Nation, Métis, and Inuit. When written as “Indigenous people” it refers to more than one person rather than the collective group.

Indigenous Peoples come from different nations with distinct cultures, so it’s best to use their specific nation, community, or band when referring to a specific person.

At work, you can avoid the question of marital or family status by addressing colleagues by their first name. However, older people or people from more traditional cultures might prefer a more formal title. In these cases, it might be appropriate to ask how the individual would like to be addressed instead of defaulting to Ms. or Mr.

While the term “handicapped” might’ve been used in the past, it is now considered offensive as it prioritizes disability over personhood. The preferred term is “person with a disability”.

As a rule of thumb, refer to an illness or disability as something the person has rather than what they are. So, rather than saying “He is epileptic”, you can say, “He has epilepsy”. Similarly, avoid language that implies weakness. Instead of saying someone is wheelchair-bound, simply say that they use a wheelchair. This is a device that brings a person with a disability more independence, so it shouldn’t be presented as a burden.

Sexual orientation refers to who a person is romantically attracted to whereas gender identity refers to a person’s experience of gender, which may be the same or differ from their biological sex. Knowing this difference is key to understanding the information others might provide you with and asking the right follow-up questions.

At the same time, use each individual’s preferred pronouns and respect their privacy when it comes to both sexual orientation and gender identity.

Both young and older people may view age as an obstacle at work, school, and even at home. Thus, it’s best to avoid phrases that stereotype people based on their age. Instead of calling someone “elderly” or “aged”, opt for the term “older person”. Avoid using the term “young” as a compliment as it can make older individuals feel insulted and detract from qualities that the individual has control over. For example, try replacing “young” with “efficient” or “effective”.

Professional Leadership Institute (PLI) is an educational website providing professionals from all types of businesses with practical education in human resources and leadership. To keep evolving your leadership toolkit, additional PLI resources below will be useful: