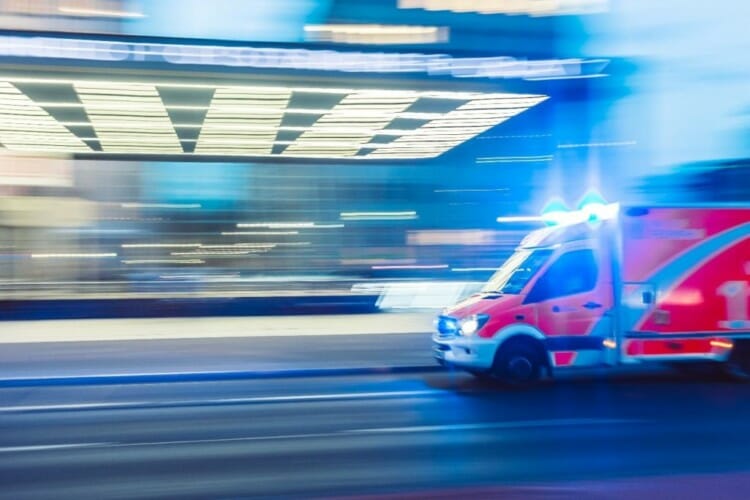 Anthem Blue Cross is a health insurance company that serves California residents. They provide a wide range of health services including individual and family insurance plans, vision and dental coverage, Medicare, Medicaid, and group insurance for employers. It is a subsidiary of publicly traded insurance company, Anthem, and licenses the Blue Cross name from the Blue Cross Blue Shield Association.

The Anthem Blue Cross emerged from a name change and merger between two insurance companies. Blue Cross of California (BCC) was the original not-for-profit insurance company that provided affordable insurance for California residents, regardless of their medical condition. This business model became unsustainable as new for-profit insurance companies emerged and attracted younger and healthier customers by offering lower price plans with less coverage. In response, BCC applied to change from a not-for-profit status to for-profit status, resulting in a new subsidiary company, WellPoint Inc. This would allow the WellPoint to raise capital through a public offering, providing the necessary funds to compete against competitors.

The original Anthem company was based in Indiana and merged with WellPoint Inc. in 2004. To leverage the brand reputation of Anthem, in 2014 the company switched the name from WellPoint to Anthem.

The US Health and Medical Insurance Industry

The Healthcare and Medical Insurance industry in the United States is estimated to be valued at $1.1 trillion. The industry has grown at 2.9% annually over the past 5 years, with growth being driven by increase in healthcare expenditure. Other factors, such as an increasing median age of the population and increase in the total workforce also impact industry growth. Increase in the median age signals for greater use of health services and insurance by older population who tend to receive more medical services than younger people. Employee sponsored health plans make up 53.7% of the market revenue. A larger workforce also contributes to growth as employers typically sponsor employees into group health insurance plans.

The industry is forecasted to continue growing at a lower annualized rate of 1.3%. Despite the increase in revenues driven by an aging demographic, profit margins for businesses will continue to decrease due to medical cost inflation. Furthermore, the repeal of the Patient Protection and Affordable Care Act has removed the requirement for all Americans to be insured, thus dampening demand for private insurance. Those who do not want to buy insurance can simply opt out of buying any coverage.

Employer-sponsored health insurance holds the largest market segment at 53.7%. Medicare and Medicaid programs contribute the second largest segment, at a cumulative 34.8%. Given this competitive landscape, the government segment is expected to be the greater contributor to growth an aging boomer population enters retirement.

Anthem Blue Cross generates revenues by collecting insurance premiums in return for coverage for healthcare services. The company reimburses healthcare providers at set rates, leaving it up the company to manage the health of their policy holders as a way of managing cost and profit margins. This is done through different mechanisms, such as proactive health case management, incentive programs to encourage healthy behaviours, and negotiation with healthcare providers.

While there are a number of factors that can lead to a successful health insurance company, Anthem Blue Cross wins with their large network and their reputation.
When WellPoint merged with Anthem, they became a national insurance company with access to a large network of healthcare providers. This enabled them to sign on national companies to large, profitable employee plans. Furthermore, a large provider network gives policy holders more options within the network, which increases customer satisfaction.

Another driver of success is the licensing and affiliation with the Blue Cross name. Blue Cross and Blue Shield Association, which licenses the use of Blue Cross and or Blue Shield names, is seen as a highly trusted brand with its roots being grown from a non-profit insurance company that protected individuals and families from financial ruin. By licensing the name and pairing it with the nationally known name of Anthem, the company is able to use a recognizable and reputable brand to attract new customers.

Given the political climate in the United States, Anthem Blue Cross will need to focus its efforts on lobbying for legislative changes that would support their business model. ACA has had differing results for insurance companies; while it has increased the number of private insurance policies, many insurance companies have been unable to successfully manage the costs with servicing ACA policy holders. As a result, many insurance companies to exit from the health insurance market. Anthem Blue Cross will need to evaluate their corporate strategy to understand if providing ACA plans make sense for the company and what they would need in order to manage the costs of such plans. This would likely require lobbying for changes to the legislative landscape.