Are You Living With a Brilliant Jerk? Here Are the 4 Signs To Identify Them 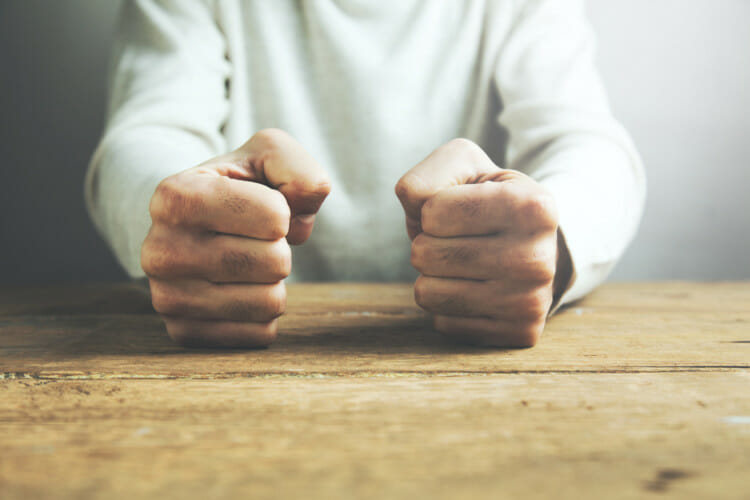 “CEOs can talk and blab each day about culture, but the employees all know who the jerks are. They could name the jerks for you.”

The brilliant jerk is known by many names.  They include toxic idiot, drama stirrer, and productive but difficult.  These are the one that are okay to put in print.   But we all know who they are.

It is comparatively easy to know how to deal with other types of difficult people.  You retain your stars; develop your potential stars and fire your wrong fits.  Wrong fits especially are easy. They neither share your attitudes nor show any productivity; this is a sad decision, but not a hard one.

Dealing with people who are very productive – and also difficult

But what do you do with people who are great workers—really productive in many cases—but whose attitudes are downright despicable? Maybe, in fact, they work circles around their colleagues. Often productive but difficult people have unique (in some cases almost irreplaceable) skills. The rarer the skillset, the greater the chance that a brilliant jerk is being incubated. How can you think of loss of such a person?

But I’ll bet you’ve already thought many times about doing just that. They wear out the people around them, and they decidedly don’t share your right attitudes. Thinking about them exhausts you. Whenever there’s an eruption, your brilliant jerk is often in the middle of it, loudly proclaiming his innocence, or sitting in sullen silence.

You don’t really trust him either. To use an analogy from the world of pets, these people are more like cats than dogs. There’s no question that you share a bond with your dog. There’s loyalty and affection there.

But cats are different. While you sometimes hope your cat may love you, you strongly suspect that the only reason she stays around is because you feed her. If the food source was interrupted, or if someone else offered better food, you wouldn’t hear from your cat again.

Productive but difficult employees are like mercenary soldiers—soldiers who fight only for money, who fight for various countries and causes, and who change teams without any concern. They’re there for themselves and what they get, not because they believe in what you’re doing. You also suspect that they’re already fighting against you while you’re paying and investing in them, and sometimes defending them from the rest of the team.

It isn’t hard to spot people who live in this box. Following are some irrefutable signs to watch for. This isn’t an exhaustive list, but you may recognize some of these symptoms in people that cause you brain damage.

1. She/he undermines you and your initiatives

When our kids were little, my wife and I used a term to describe disrespect that’s just under the surface (there’s no doubt it’s there) but not so outrageous that it can easily be called out; we called it “micro-disobedience.”

When my youngest daughter was about three, she got in trouble with her mom for some minor offence. As punishment, my wife gave her a time out in her crib, leaving her in the room for a few minutes of solitude so that she could weigh the gravity of her crimes in private and emerge chastened and obedient.

About two minutes into the time-out, my wife eagerly gestured for me to come to listen silently at the door of our daughter’s room. Not wanting to get in deeper trouble, but wanting her displeasure to be clearly known, she was repeating loudly, “I hate you, pretty mommy!”

This is the behaviour that D boxers often display. They don’t want a showdown, but they do want you to know that they don’t respect you (or a co-worker), and they communicate it in subtle, but unmistakable ways. You have the strong feeling that, even though they’re great workers, they’re also working to undermine everything you’ve worked so hard to bake into your culture.

The truth is that some people are only happy when they’re rebelling. In some cases, it’s due to immaturity, and in others, it may show an independent streak that, in the right context, could be a tremendous asset; these folks should (and do) consider self-employment.

Lots of celebrity CEOs would make horrid employees. How would you like Steve Jobs to be your production supervisor? He would be erratic, imperious, unyielding, impossible, and utterly hopeless as an employee. But as CEO he’d probably do okay.

Brilliant jerks can be toxic people who enjoy getting into big, dramatic, ick-splattering social catastrophes—like the bad kid in your class in middle school. These massive upsets meet some of his basic social needs; they prove he matters. Attention is the goal, and it doesn’t matter whether it’s good or bad attention; just so someone’s noticing.

For some people, big drama actually equals intimacy. The fact that you care enough to enter his gross, complicated world on his terms is something he enjoys. He mistakenly believes this is how to get closer to someone else.

“People who hurt the most, hurt the most.” People who are in pain enjoy causing other people pain, because it provides a distraction for them from their own miserable circumstances.

Or, as George Bernard Shaw said, “I learned long ago never to wrestle with a pig. You get dirty, and besides, the pig likes it.” Drama is exhausting; it wearies those who have to watch the play every day and creates an atmosphere of distrust and insecurity throughout the business.

3. She/he thinks only of them self

The Copernican revolution was the stunning change of thinking that occurred when humanity first realized that the sun, not the earth, was the center of the universe. The brilliant jerk needs her own personal Copernican revolution, because she believes the mistaken notion that everything revolves around her.

These people lack maturity and aren’t able to see situations from another person’s perspective. If they have a conflict with a co-worker, it’s because the co-worker is a bad person.

A lot of profane nouns can be used to describe the lowlifes that indulge in the wide variety of witless and idiotic behaviours available to the brilliant jerk. These include bullying and harassing others; making cutting, sarcastic, or crude and creepy sexual remarks; acting like outrageous turds in order to prove a point; throwing hissy fits and temper tantrums or having “clam ups” where they don’t talk to others for days.

“Asinine behaviour” is a large catch-all net I’m using to describe a wonderful cornucopia of crazy conduct. Like the guy who loves getting “a reaction” from the women in the office by ogling/talking to them while wearing sexually explicit graphic “joke” T-shirts, or the guy who looks for a chance to freak out on new hires to maintain his “leadership” position, or the lady who “confidentially” throws rival colleagues under the bus, then backs up the bus and runs them over once more for good measure, or the guy who writes and leaves behind weird, creepy poems for his colleagues to discover.

The possibilities in this category are endless. You know it when you see it.

These folks don’t have much self-awareness. While they may have some idea that people around them are unhappy with their behaviour, in their heart, they think they’re amazing. And far from imagining that they could be fired, they assume they’ve reached such a plateau of peak performance that the company would never survive without them. That’s why they feel free to flout your company’s values with impunity. They know—or at least they think they know—that they’re indispensable.

The four certain signs of a Productive-but-Difficult Staff Member: