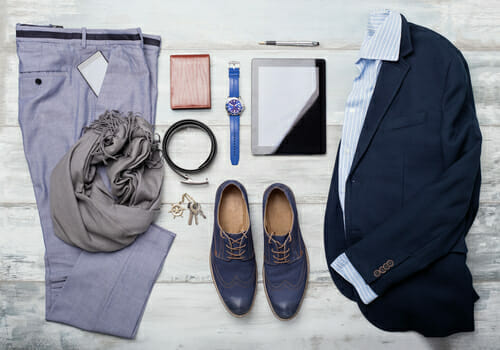 When we look back at the office life of our grandparents, and even some of our parents, we might imagine a smartly dressed man. A constricting suit (thick tie included), stiff dress shoes, a classic leather briefcase, and a hat to top it all off. Showing up to work in full business attire was a direct reflection of the respect one had towards the company. It was also a reflection of how reliable an employee could be. Interesting, right? How the way one would appear to others would define their boss’s concept of them in the workplace.

However, if we look at this idea from a more psychological angle, it makes sense. Humans are social creatures, and others’ opinions of them are social currency. If we translate this into the workforce, it means that the better your superiors think you look, the better they might unconsciously think your work is. And given that the ultimate goal is likely a promotion and more money, it would make sense that employees would want their organization to think their work deserves to be paid more.

What is Business Casual Men’s Style

Business casual as a style concept doesn’t have a concrete definition. Not only does it vary from industry to industry and office to office, but it’s also a pretty modern concept. That said, there are some fairly universal rules as to what business casual is not. If you would wear it to a black-tie gala function, it’s probably not the look you want to go with when showing a client around the office. An interesting and useful jumping base is thinking of it as the modern version of what Don Draper would have worn in the 50s.

Before, Don would have worn a tailored suit with a matching hat. Today, he would be sporting a pair of tailored khaki pants, a neutral button-down shit, no tie, and some well-crafted boat shoes. Business casual is all about being comfortable enough to focus on doing your work as efficiently as possible. But, still looking presentable enough to be seen out in public is also a big part of it.

The Concept Of Dress Codes

Dress codes, and dress standards, are a by-product of a variety of factors created by the environment they’re in. They have always represented society’s eyes in a sense. People would use them to denote social class, cultural identity, and even religious affiliations.

European royals were the only ones allowed to wear certain colors and fabrics. Natives from the Americas would style children and men differently depending on their age. Sikh men have always worn specific styles of turbans to showcase their religious affiliations.

Today, barring some exceptions such as hyper-religiousness, the lines between these concepts have started to blur. You can see extremely rich teens wearing the same Zara coat that middle-class young adults are choosing. Even Jack Dorsey, CEO of Twitter, is known to show up to industry events in denim and leather.

Today, the concept of dress codes are less strict but still part of our everyday lives. Apart from business casual at the office, for example, other common dress code styles for men can include formal (a tux), business professional (a two-piece suit, tie, and leather brogues), and casual (sweatpants and a hoodie) to name a few.

How Workplace Attire Has Changed Over The Years

Organizations like Facebook helped introduce an extremely casual workwear style, thanks to their Millenial aged founders. People like Mark Zuckerberg who are fronting the new generation of CEOs, for example, tend to consistently wear nothing but casual wear. In Zuckerberg’s case, it’s zip-up hoodies and jeans. Steve Jobs, while not from the same age group, was also known for sticking to his uniform of black turtle necks, denim, and sneakers.

It’s now more widely understood that the way you dress at work isn’t directly related to your ability to do the job. This trend started taking force with the entrance of the Millennial generation into the workforce. This is a generation known for being much more casual, accepting, and open to focusing less on what’s on the outside and more on what’s inside. With the rise of Gen Z as the next group to enter into offices and organizations, it likely this concept of casualness with continue to thrive in the coming years.

After doing some research into the concept of business casual, maybe you’d like to apply that to your own wardrobe. To help, we’ve broken down below what the best pieces are for you to achieve this. Whether you’re choosing from your already existing closet or venturing out to pick up what you’re missing, this should point you in the right direction.