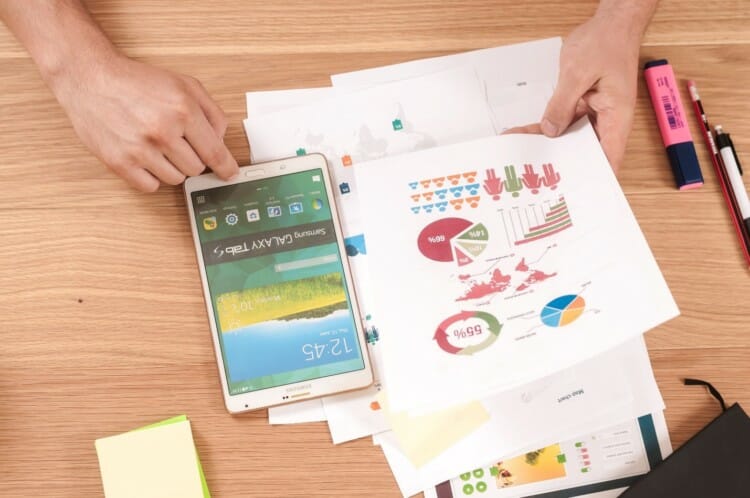 EBITDA, or earnings before interest, taxes, depreciation, and amortization, is a financial measure of the operational performance of a company. It is used to gauge a company’s cash-generate abilities based on factors that management can influence. Since the company’s debt structure, methods of depreciation, and taxes are things that management has limited discretion over, they are added back to Net Income to evaluate the profitability of the business.

While EBITDA is a non-GAAP measure, its popularity has led most companies to report it on their financial statements. However, it is recommended that other metrics, such as earnings per share (EPS) and free cash flow, be used in conjunction when analyzing the profitability and performance of companies.

EBITDA was originally coined by American media billionaire, John Malone, during the ’70s as a way of analyzing the cash-generating capabilities of telecom companies. Malone argued that EBITDA was a better way of looking at high-growth capital intensive companies in place of the then-popular EPS. Cable television companies’ primary source of growth was through acquiring systems and investing in expanding infrastructure; EPS did not reflect this growth.

In the ’80s, the metric was popularized by leveraged buyouts that targeted distressed firms. Firms used EBITDA to evaluate whether the target company could service the debt used to finance the deals.

Despite this, it has yet to be formally recognized as a Generally Accepted Accounting Principles (GAAP) or by the International Financial Reporting Standards (IFRS) and the Securities Exchange Commission (SEC) as a metric.

How to calculate EBITDA

Depreciation – depreciation methods are set by accounting standards and decided by management in past periods. As a result, depreciation does not reflect the operating performance of the company for the reporting period. Furthermore, depreciation is only the recognition of an asset being devalued but not actual cash is paid.

Amortization – similar to depreciation, adding amortization back to Net Income makes sense as it is not actual cash paid. Instead, amortization is the recognition of the depleting value of an intangible asset, which has already been paid for. 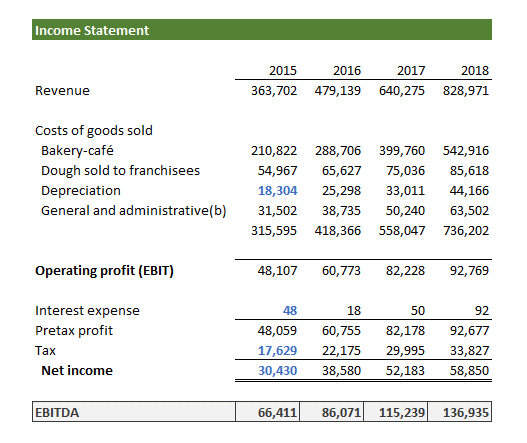 When and why is EBITDA used?

EBITDA is primarily used for evaluating the operational performance and valuation of a company. Analysts and investors use this metric with other metrics in order to compare between similar companies. For example, Debt/EBITDA is used to understand how leveraged a company is, while Enterprise Value (EV)/EBITDA is used to understand how a company’s valuation compares to similar businesses.

EBITDA is also used by companies that are in the high-growth stage and or require high capital investment in order for growth. Examples of these companies include telecommunication companies that need to invest in infrastructure to grow their services and subscriber base and technology companies that amortize the large initial cost of software development over time. In both examples, the companies’ growth is dependent on large expenditures; looking at Net Income alone would lead most investors to believe these companies are distressed, when in fact they are growing.

It should be said that EBITDA is not a measure of free cash flow. Taxes and interest expenses are financial obligations that companies must pay with cash. At best, EBITDA demonstrates how much cash the company’s business model can generate before accounting for the capital structure.

Benefits and drawbacks of using EBITDA

Appropriate financial view for capital intensive firms – companies that have a large base of assets and or have to spend a high amount on intangibles, such as software development, will have high depreciation and amortization. This makes companies look less profitable despite high growth.

Not accepted under GAAP (or SEC and IFSB) – despite its popular use, EBITDA is a non-GAAP measure. As a result, there is no governing body that oversees how EBITDA is calculated. This leaves organizations open to determine if and how they want to report EBITDA.

Masks financial burdens of debts – by adding back interest expense, EBITDA effectively ignores the cost of debt. Companies that carry large debts with high-interest rates are may look unrealistically profitable under EBITDA as interest expenses are still financial obligations of the company.

Ignores costs of assets – by adding back interest expenses and depreciation, EBITDA treats assets as if they are free. The assets held by a company do come at a cost, which is reflected by economic factors that impact the salvage value.

Ignores working capital – EBITDA does not take into consideration the cash required to actually keep the business model running. While it focuses on profitability it ignores the cash that is required to fund the inventory.