How Do I Get Over Delegation Guilt? 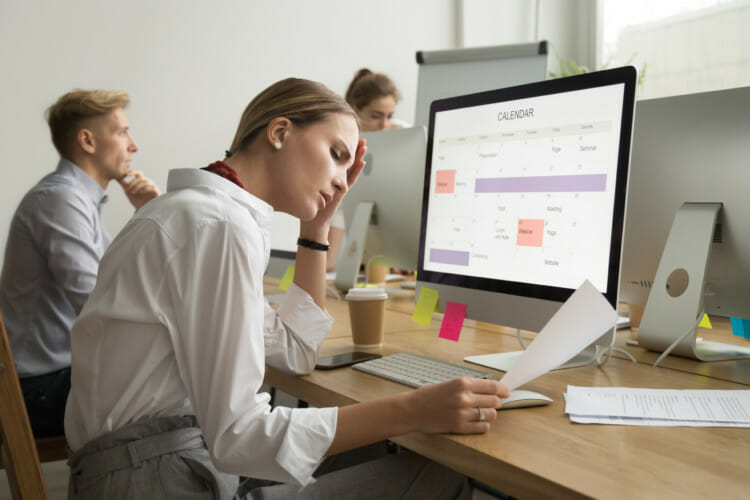 If you own a business, or if you’re a senior leader, you likely suffer with delegation guilt. Delegation guilt happens when you feel guilty asking other people to do jobs. You don’t want to impose.  You feel that you shouldn’t dump your work on someone else. So instead, you do it yourself.

Here’s how to get over delegation guilt:

1. Doing it all means that you ignore the jobs only you can do

Anyone on the team can do these jobs, including the leader.  But check out this next list of team leader jobs.  They’re jobs only the leader can/will do:

2. Hoarding work means no one else gets to grow

How do you expect anyone to get better than they are now if they aren’t challenged to do things they don’t know what to do today?  That’s a big part of the leader’s job; challenging people to step up and get to a higher level of contribution.

Everyone needs to be the best them they can be.  That only happens when they’re challenged to grow in new areas.

What feels like being nice by sparing others from more work actually hampers the career growth of the people around you.

If you’re going to struggle with guilt, feel guilty about not delegating.  Hoarding the work helps no one.  Not you.  Not your team members.

3. People love feeling trusted by you

Here’s the irony:  if you do this right, people are excited to learn new jobs.  They enjoy being tapped as someone who can learn something new.  They are delighted to know that you trust them with important tasks.  Allowing them to share the load actually makes them excited.

If you want to build a follower, ask for their help.  It’s counter-intuitive, but it works.

Framing your request is important.  Instead of saying, “I’m too busy for this, I want you to do it,” try saying instead, “I’ve been noticing that you are really really good at doing detailed work.  I have a job that I’d like you to take over because I think it will play to your strengths and I think you’ll do it better than I can with some training and practise.  Let’s add a new skill to your tool belt.

You’ll get a very different response if you frame your request differently.

There’s a simple principle of life that applies to delegation:

People embrace what they help create

When your team feels that they’re a part of what’s going on, they will own the process and celebrate the results.  If they feel that you’re in charge and they are merely your helpers, they will never feel invested in the job.

So, get over your delegation guilt, lighten your load, build people around you, and see your team soar!

If you want to be get over delegation guilt, remember:

Thanks for reading this article on getting over delegation guilt.  Below are additional resources from Professional Leadership Institute, the global provider of online human resources and leadership tools: