How to Deal With a Brilliant Jerk 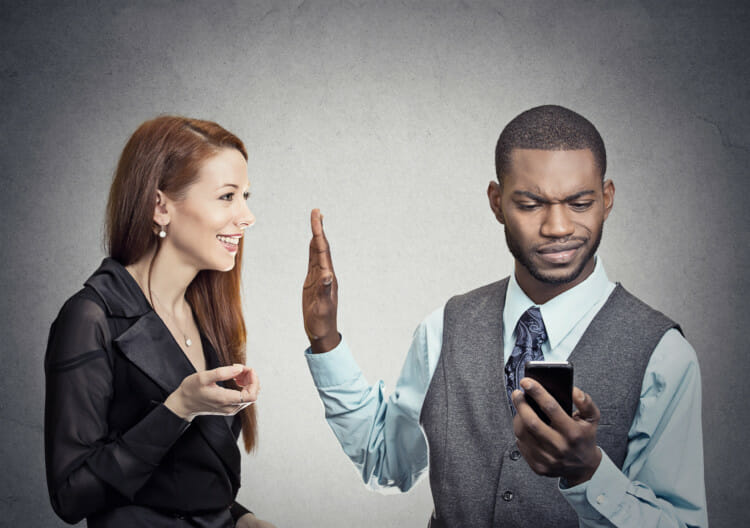 I once worked with a client who had a productive but difficult employee in a role, and while his performance was, in some respects, good or even very good, my client was sick of his brittle and superior attitude and was on the verge of firing him.

I asked the leader if he had ever explained to this employee, in clear terms, why he was in trouble with management, what he had to do to change it, and what would happen if he couldn’t (or wouldn’t) change. He said, “Yes, yes I’ve told him many times.” But he also asked me if I would sit with him one last time to see if he could be rescued. Most leaders hate firing people.

So we sat down together, and I asked the employee to evaluate his performance, both in productivity and attitude. He immediately placed himself very high in both categories. In other words, he was such a gifted super star that he couldn’t envision any way that he could get any better.

I advised him to take a deep breath, and then proceeded to show him what his employer actually thought of him.  He was gobsmacked. Next, I asked him if he wanted to stay with the company, and if he was willing to do what it would take to make things work long term. He strongly wanted to stay, and professed a commitment to do whatever it took.

So then I asked him if he could think of any behaviours that he engages in that might give him a negative reputation. He thought for a bit and then responded tentatively, “Maybe it’s because I don’t suffer fools gladly?” So I asked, “Is that code for you being difficult and abrasive with people you don’t like?” He paused and after a bit, smiled, and agreed that he needed to own that.

We ended up with a mutual understanding about the issues that were keeping back, and made a clear plan for how he would get better. His first step (his idea) was to take home-baked treats to the various departments that he interacted with, apologize, and ask how he could be of better service.

Usually deathbed conversions have a very limited shelf life, but last I checked on this guy, he was still with the company, and the owners (who once wanted his head) were now brainstorming about how to retain him.

1. Reprimand them and act as their reality advisor

In short, you need to articulate two things—the reality of the situation and the employee’s perception of the reality. The farther these move apart, the bigger the eventual crash is going to be. Your job as leader is to bring them in line with one another before the big crash occurs and your other employees suffer from the collateral damage.

But when dealing with brilliant jerks, there’s another piece of advice: they must be told explicitly that their behaviour will not be tolerated.

2. Coach them if they’re willing to change

Someone with the right attitude, intelligence, and personality fit can learn almost anything with the right coaching and training. But it’s pretty hard to teach someone an attitude, unless they’re very young and/or very teachable.

I’m a big believer in trying to shock these people out of their poor behaviour. There’s nothing to be lost, because brilliant jerks don’t have a long-term future in the organization; why not give them every opportunity to change?

I once worked with a medical services firm that had a highly specialized physician who was virtually irreplaceable. Truly, only a handful of people in the world had his specialization. Yet, this guy was very hard on people around him. He always had to be the smartest person in the room, and viewed support staff as minions who were there only to do his bidding. He was condescending, rude, and sucked the oxygen out of any room he entered.

One day the medical director met with this physician and described how his actions affected the workplace. He was taken aback. He really was unaware of the situation. At a follow-up meeting two support staff members described how difficult life was due to some of his behaviours. One of the ladies cried. After some coaching, the physician showed genuine remorse, apologized, and pledged to change.

So I always recommend first confronting your brilliant jerk with his behaviour and show him how it affects others. You might be surprised to find out that he cares more than you think.

When warning and coaching hasn’t worked, the next step is to try to quarantine this person away from others as much as possible. (Often these personality types prefer to work by themselves anyway, probably because their level of genius is hard for others to understand.) Your productive-but-difficult may have also figured out along the way that she gets her best results when working alone. Limit her interactions with the team. It’s not ideal, but this stop-gap measure will buy you some time.

Now begin to document her job. Knowledge is power, and if all of the relationships and skill reside in that person’s mind, you’re held hostage to her and her terrible behaviours. You may have no idea what she’s actually doing that’s working for them. You must download that knowledge onto paper, so that someone else can take over that role in the event that it became necessary.

Finally, get working on building a bench of people who could one day replace your brilliant jerk. “The graveyard is full of indispensable people” the old maxim says. There’s someone out there who has both the attitudes and the skills that you need to fill the role properly. Start looking.

Keep your eyes open when reading industry journals, attending trade shows, or running into outstanding people in other industries. If you’ve gone through the other steps and they aren’t working, one day you’ll meet someone who will be a perfect fit. You just need to keep your eyes open.

Sometimes, perhaps most times, the productive-but-difficult employee never gets it, and either leaves or has to be fired. This happens even after all of your efforts to intervene and save them. This is because it’s much easier to learn a skill than to change an attitude. Remember that next time you make a hire.

When (not if; it will happen) this happens, help that person exit with dignity. Let them go when their team isn’t around to watch them react. Be firm, but kind. Don’t enter into debate with them or rehearse why it hasn’t worked out. Just fulfill your legal obligations to them, thank them for the contributions they have made, and wish them luck in their future endeavours. If this takes longer than five minutes, you’ve gone too long.

Read about how American Express deals with brilliant jerks here

This is an unqualified disaster and doesn’t work. Communication is the biggest issue every growth company faces, and no one is willing to bring things up in front of a Productive-but-Difficult Staff Leader. These jerks are never trusted, and they stifle communication. When communication breaks down, trust leaks away; and once trust is gone, the game of culture-building is pretty much over.

If a brilliant jerk does stay in a leadership capacity, he’ll create a tight team of similar people under him who will feel empowered to impose their own rules; and the best people will also leave, of course.

Life’s too short to work for these people, or their associates. Eventually the cost to the organization will outweigh any benefits he brings to you in productivity.

It’s very hard to decide to take action to lose a Productive-but-Difficult Staff Member, because he’s good at what he does and is very productive. However, he’s like a mercenary soldier and you don’t trust him; plus he’s hard on you and the people he works with.

Here’s how to handle your brilliant jerks