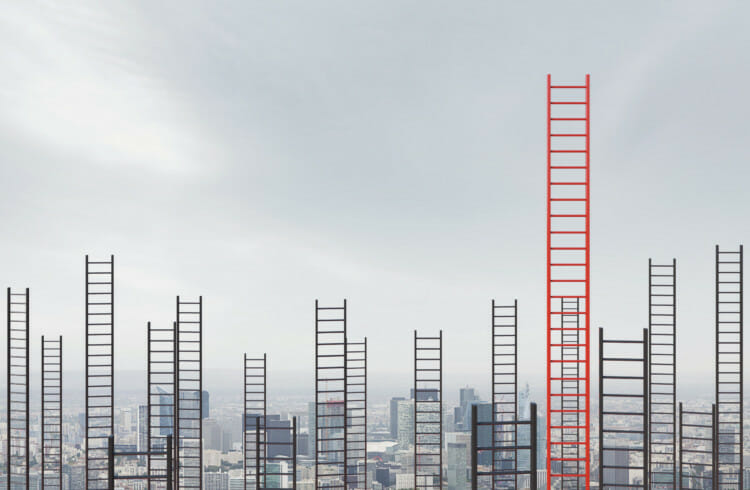 BHAG is an acronym made up by Jim Collins and Jerry Porras, authors of the bestseller “Built to Last.” It has become a popular and useful tool in corporate and personal strategic planning.

BHAG simply stands for ‘big hairy audacious goal.’ It’s a goal that’s out of reach at present, but possible if everyone believes in it and puts in the effort too see it become reality.

What is a BHAG?

In the late 1950s Americans looked into the sky and saw a satellite orbiting the earth. The satellite’s name was “Sputnik” and it was launched by the Soviets. This brought on a great deal of fear and concern; concern that the Soviets were winning the space race.

So, early in President John F. Kennedy’s administration, he announced that Americans would put a man on the moon by the end of the decade. People were flabbergasted. The goal seemed impossible. It’s something that had never been considered in the history of planet earth. And yet… what if it could be accomplished?

Once the initial shock was over, scientists, manufacturers, politicians, and others joined forces to see what it would take for America to reach this goal.
Sure enough, in July 20, 1969, Neil Armstrong was the first human being to actually walk on the moon. America had achieved its BHAG.

No one knew exactly how to achieve it.

Many believed it couldn’t be done.

The BHAG rallied and inspired the whole country to work together toward a goal bigger than any one person.

All BHAGS have these elements in common.

Elements of a good BHAG

Here’s how to know if your BHAG is on the right track:

When Microsoft was founded, Bill Gates had a vision. A BHAG (although he didn’t use that term). It was to ‘put a computer on every desk.’ This was an outrageous vision at that time. Decades ago, computers were a rarity. They were owned by governments and universities. They took up a lot of space and required large amounts of maintenance. Like JFK and the moon,

Starbucks founder Howard Shultz worked hard to come up with a BHAG. Finally, he decided to set a BHAG to become the #1 consumer brand in the world. This meant that Starbucks had to give up ideas that they held dear up to that point. They dropped “Starbucks Coffee” from their logo. They made their coffee available on planes and in Costco and other stores. And they tested new markets such as high-end wines and cheeses, smoothies and other coffee store concepts. Whether they will achieve their BHAG or not remains to be seen, but they’re working on it.

Even if you don’t reach your BHAG, it will transform your organization, because it will force everyone to dig deep and push to achieve something… big!