How to Perform Hiring Reference Checks 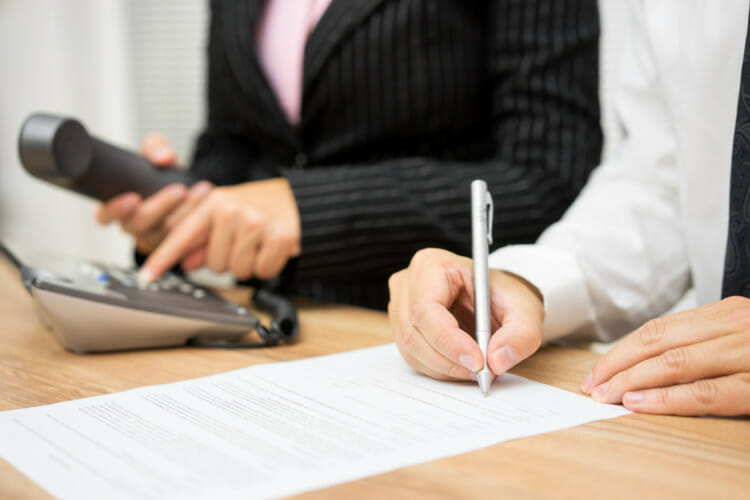 If you’re a senior manager, your first temptation will be to delegate the reference check to an administrator, or perhaps the recruiter who brought you the person in the first place.  Resist this temptation!  It’s critical that you do it yourself.  Only you will be able to win the confidence of the person giving the reference.  Only you will be able to see through smoke screens.

Who makes a good reference and who doesn’t

Question #1 Where and in what context did you work with this person?

The first thing you need to know is the nature of the relationship.  How long did they work together? What kind of company and setting was it?  This is a pretty easy question to get past.  No tricks, no landmines to avoid.  Just find out more about how they know each other.

Question #2 What were the person’s biggest strengths? Please give me some examples.

This is a pretty easy question to get an answer to as well.  Everyone is happy to talk about the strengths of their past subordinates.  There are no liabilities to be concerned about when discussing strengths.  It’s a happy topic and they will engage in it easily.

Just make sure that you get specific strengths, and specific examples of how those strengths played out in the past role.  For instance, if they person had strong ‘people skills,’ zero in on that.  Were they good at selling to people or serving the people post-sale or dealing with people conflict or motivating teams?

Zero in and find out specifics.  Ask for specific examples.  Find out about a specific sale they made or a specific conflict they resolved.

Question #3 What were the person’s biggest areas for improvement BACK THEN?  Please give examples

This is a tough question to get a real answer to.  The person giving the reference is concerned about answering honestly for a couple of reasons:

To overcome these objections, simply ask about the person’s areas for improvement BACK THEN.  These are key words to use.  You can explain to the reference that of course people change over time, but you’re interested in their areas for improvement back then.  They may well have improved on these things in the intervening time, but you’re interested in finding out what they were back then.  Works like a charm.

Watch out for the secret code

References use ‘secret code’ that they expect you to pick up on.  Here’s how secret code can look:

You: “Would you rehire them given the chance?”

Reference: “Mmm… sure, given the right job.”

You: “Were you satisfied with their performance in that role?”

Reference: “Sure… I was… satisfied.”

What they’re really saying is, “No, I would not rehire them!”  “No, I wasn’t satisfied!

If the reference is vague in their answers, doesn’t elaborate or doesn’t seem interested in talking with you, they are likely employing the secret code.

Question #4 How would you rate that person in their role with you on a scale of 1-10?

If the reference rates the person 8 or higher, you may have a winner.  If they rate them 7 or lower, likely they are employing the secret code. (see the paragraph above)

Question #5 Would you rehire them today given the opportunity?

The answer you’re looking for here is, “Yes!  Absolutely!”  Or perhaps, “I’ve already tried, but we don’t have a role that fits them here unfortunately.”

The other useful answer to this question is, “No, I probably wouldn’t.”  It’s definitive.  You know what they really think about that person’s past performance.

What you really want to avoid is the ‘mushy middle.’  Here are a few ways to spot a reference using the mushy middle:

What if the company policy is to not give out references?

You have to ask yourself this:  Who is a person afraid to give a reference for?  Usually it’s someone who is an under performer.  They would rather not be stuck in the position of having to think about how to carefully answer your questions.

Who is a person delighted to give a reference for?  Usually this is someone they loved working with.  They will give that reference, even outside work hours if the candidate asks them to do so personally.

But, if the candidate was a mediocre performer, no one will step up to doing anything beyond the dictates of company policy.

What if they don’t have any references?

Sometimes this really does happen.  Younger workers may not have worked many places, and their references may not be available anymore.  But if a significant number of references have died, moved out of the country, or taken an unlisted phone number, you should be suspicious and want to know more.