How to Stop Self Sabotaging Yourself. A Complete Guide. 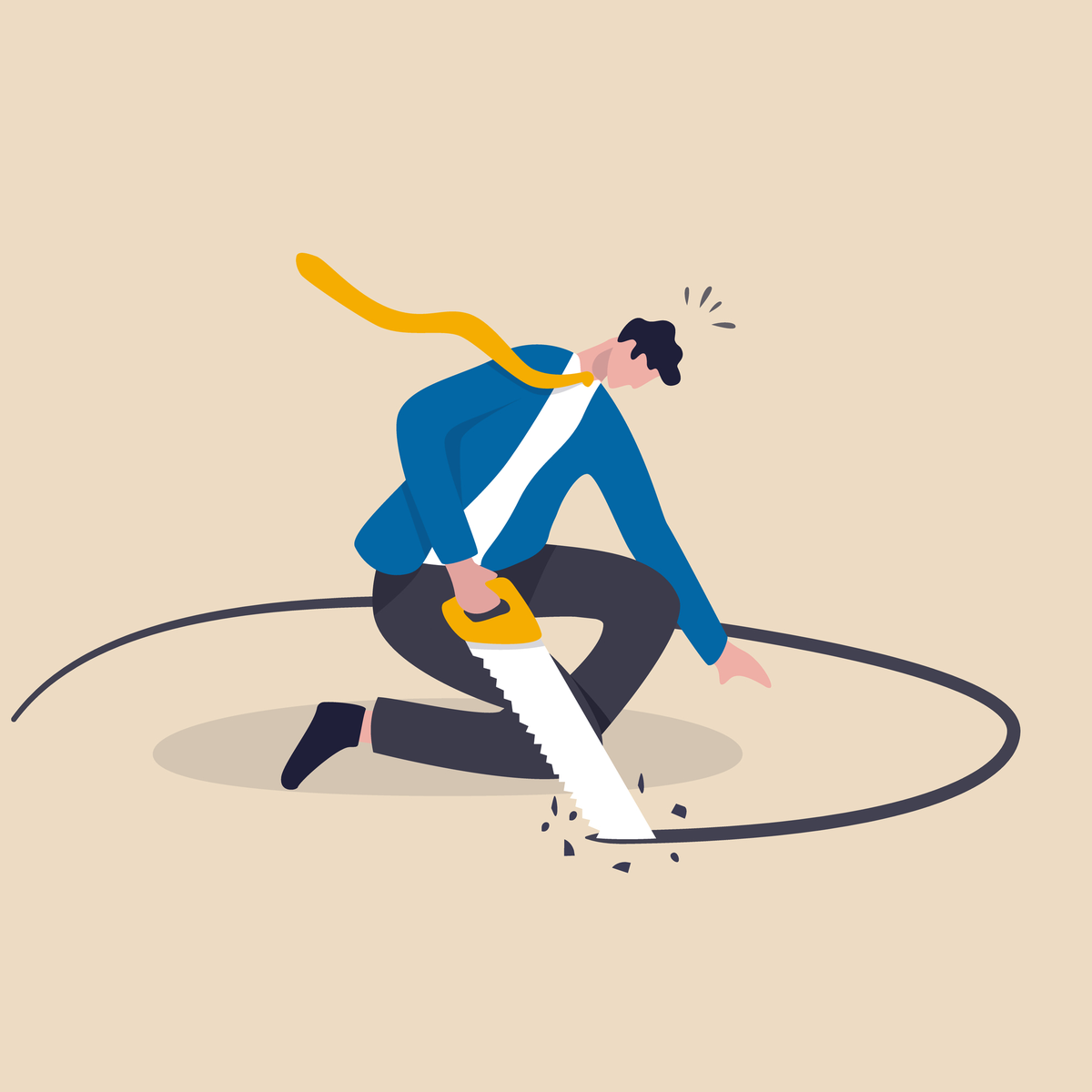 A C-suite executive once narrated how she was approached to take up a huge opportunity. She had once spoken about her career aspirations to one of the decision-makers in her organization. And here the opportunity comes. All she could think of at that moment was the many ways she wasn’t qualified for the role. She narrated to her boss, who was also her friend and wanted her to assume the position, how she didn’t have the credentials or experience to assume the role even after he convinced her she would be able to because of her track record. Long story short, she lost the opportunity. As she recalled this experience in a career webinar for young professionals, she said that she sabotaged herself.

What Is Self-Sabotaging Behavior?

Self-sabotaging behavior is when you get in your own way of making progress or advancement in any area of your life.

Such an individual engages in activities that stop them from realising a goal or taking steps to achieve something in their personal and professional life. Indulging in destructive behaviour has an impact on one’s total wellbeing.

Self-sabotaging could be conscious or unconscious. A deliberate act of self-sabotage is when an individual recognizes that a decision would prevent them from achieving their goal but goes ahead and does it. For example, a diabetic patient is put on a strict diet but ignores the doctor’s food recommendations and eats foods that are not compatible with their health status. Hence, he falls ill and is hospitalised.

An unconscious act of self-sabotage occurs when a person underestimates their own capacity to achieve something and hence stands in their own way of self-actualization, as in the case of the C-suite executive in the story above.

Growing up in a toxic environment sets the foundation for self-sabotaging behaviours. Learned destructive behaviours from parents or caregivers such as fear, uncontrollable anger, constant bickering and fighting, abuse, and all sorts of negative influences continue throughout the affected individual’s life unless there is a deliberate decision to change.

Anyone who grows up in a home where they are constantly reprimanded or told that they are not good enough will grow up believing that they are incapable of achieving anything good. And will let themselves sink deeper and deeper into negative behavioral patterns.

Having a trail of relationships that demeaned your sense of self-worth, self-esteem, and always ended wrongly can make you think having a healthy relationship isn’t in the cards for you. Thinking this way keeps you trapped in the same negative circles.

Being afraid of failing can stop you from trying at all. You may tell yourself things like “what will people say if I don’t get it right?” As a result, you won’t take the steps needed to achieve what you desire. People with perfectionist syndrome fall under this category.

“Lying about yourself, or putting yourself down so that the person does not want you. I know this because I did it so the guy would walk away, which he did, “says Angela Carton, a Business Administration and Psychology student.

Angela explains that her reason for lying was that she accepted the limiting belief that because he was rich, he didn’t fit into her life.

Taking out loans when you don’t have the financial means to pay them back is a bad idea. This came dangerously close to causing bankruptcy but was narrowly avoided. He is now unable to obtain credit anywhere.

Also, he got caught driving before completing his driving test, which resulted in an immediate ban and a fine, Stephanie explains.

An addiction can cause affected individuals to engage in self-destructive habits even when they know it is leading them down the wrong path. Daniel (not his real name) indulges in a drinking spree after his monthly salary hits his account. He goes broke by the second week of every month. Mr. Ken, aged 80, still gambles. He has sold most of his properties to satiate his gambling urges. His family is at their wits’ end.

sabotaging oneself in relationships, friendships, or at work…

Lucy Beresford, a psychotherapist and relationship expert, says that “Self-sabotage in relationships is when you are consciously or unconsciously ruining your relationship or you make it end.” Angela’s story, mentioned above, is an example.

You are with someone nice, but you think this is too good to be true because you have never had a great relationship. And so you believe that the good will end soon. Because you believe it won’t last long, you act in a way that will break up the relationship.

In friendships, you always end up quarrelling and are never interested in settling differences. It’s normal that there will be offences and disagreements in your relationship with others. But when it always leads to a constant brawl, especially when you are the one always instigating the fights or disagreements, it means you are self-sabotaging.

Hopping from one job to the other infrequently, always getting to work late, and consistent incompetency on work tasks are some of the ways people self-sabotage at work.

Other tell-tale signs that you are engaging in self-sabotaging behaviors?

How To Overcome Self-Sabotaging Behaviours

Pay close attention to your behavioral patterns. This will help you come to terms with the fact that you are self-sabotaging. Acknowledging it is the first step towards taking the step to change.

Changing from negative to positive self-talk can help you turn things around. If you can talk yourself into believing negative things about yourself, you can also do the same to fuel your self-esteem, confidence, and self-worth.

Sometimes, it may be difficult for you to change on your own. Getting professional help can help you make progress in a short time.

“Therapy, therapy, therapy with a therapist you can come to feel good about and trust. Don’t wait to be forty or fifty years old before you finally see the handwriting on the wall. Invest in your life now. You deserve it, and if you have kids, they certainly deserve responsible parents to do all they can to make a clearing for them to thrive like beautiful wildflowers in the sunlight of self-awareness and knowledge, “writes Bruce Kluger, a retired psychologist.