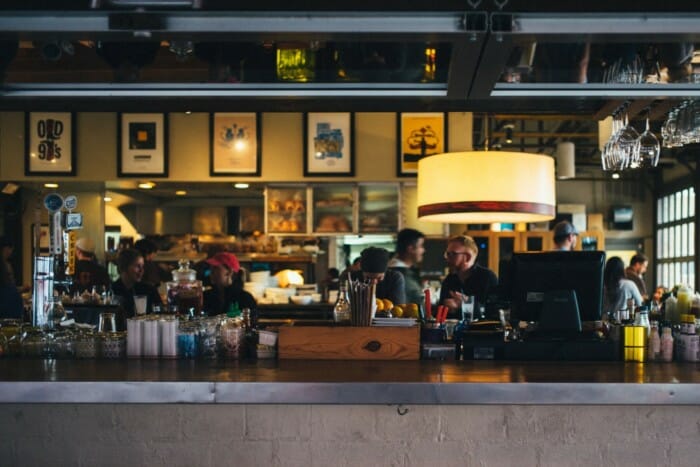 The original McAlister’s Deli in Oxford, Mississippi, took inspiration from the 1989 film, Heart of Dixie. Retired dentist Dr. Don Newcomb purchased the restaurant location after crews had retrofitted an old gas station into a 1950’s diner for the movie. In that same year, McAlister’s Deli opened their doors to serve homestyle meals to the Oxford community.

By 1994, Newcomb was expanding into franchising. In 1999, Newcomb sold the company to the then CEO, Michael Stack, and executive Philip Friedman. Today, private equity company Roark Capital Group owns the franchise through their subsidiary, Focus Brands. They purchased the company in 2005.

The restaurant industry in the United States is broken into many sub-sectors. Restaurant chains like McAlister’s Deli fall into a special area between traditional sit down and fast food. Within fast food there is a paradigm of restaurants ranging from true fast food (think McDonalds) to fast casual, which offers a bit more service.

In the United States, the Fast Food Restaurants industry is a $279B market[1]. While revenues grew at an annual rate of 1.1% over the past five years, profitability has suffered. Competition from within and outside the industry for share of consumer’s stomach has kept prices low while costs of labour have increased. Government stay-at-home orders in response to the pandemic have also driven down demand.

Over the next five years, the industry is estimated to grow at an annual rate of 3%[1]. Growth will come from the lift on stay-at-home orders, which will drive consumer demand. However, competition will continue to intensify, and food prices will increase. As a result, consumers may opt to dine in restaurants instead of fast casual.

The quick-service food industry in the United States is highly fragmented. The leader in the fast-casual sector is Chipotle Mexican Grill, with 2.6%. The most recognizable brand, McDonalds, comes in second with only 0.9%[1]. Restaurants in this industry sit across a spectrum of fast food to fast casual. For instance, companies like McAlister’s Deli and Panera Bread sit closer to fast-casual, offering a wide selection of foods with restaurant-style seating.

As a franchise, McAlister’s Deli’s value proposition is simple: the franchise charges fees to franchisees for owning and operating McAlister’s Deli restaurants. Entrepreneurs who want to open a restaurant may opt for a franchise like McAlister’s Deli for many reasons. First, it has a recognizable brand, which likely means they will have customers without significant effort in marketing. Next, running a franchise allows the owners to learn all the inner workings of the restaurant business while minimizing risk; they are learning tried and true systems rather than having to learn through trial and error.

One of McAlister’s Deli’s success factor is their ability to attract mega multi-unit franchisors. In fall of 2019, McAlister’s Deli secured a deal with Best Choice Restaurants to expand into Florida, Louisiana, and Texas by adding 47 restaurants within seven years. Having reputable companies, like Best Choice Restaurants, operate multiple locations means comes with many advantages. Firstly, such companies minimize the risk of expansion by leveraging their in depth restauranteur knowledge. The result is a win-win for all franchisees as the new franchisee will help drive brand value for the chain. Additionally, the franchise can leverage learnings that large operators have from running other restaurant chains. This means increasing the economies of learning for the franchise without the company bearing the risk.

Another success factor of McAlister’s Deli the reputation around their sweet tea. Their franchise is known for their famous tea has. As a result, food bloggers and influencer chefs alike post copy cat recipes of the sweet tea online. Having such popular products helps build brand value. Therefore, both corporate and franchise stores benefit from higher sales.

Finally, McAlister’s Deli’s parent company, Focus Brands, works exclusively in the franchise space. They own other notable quick-service restaurants, such as Auntie Anne’s and Cinnabon. McAlister’s Deli can leverage the depth in experience by applying key learnings and insights into their operations.

As McAlister’s Deli continues their national expansion, they will need to be cognizant of changing consumer tastes. Increasing trends in health consciousness and social issues are driving consumers to opt for plant-based alternatives and vegan options. In any case, McAlister’s Deli will want to ensure they develop products that match the evolving tastes and values of their customers.

Furthermore, as the US customers emerge from the stay-at-home orders, McAlister’s Deli will need to be thoughtful in the services that they offer beyond food that will allow them to remain competitive. For many organizations, this means building services that provide consumers extra convenience. For example, online ordering and curb-side pick-up have become popular options during the pandemic. These options will need to remain and evolve as we enter the new normal.