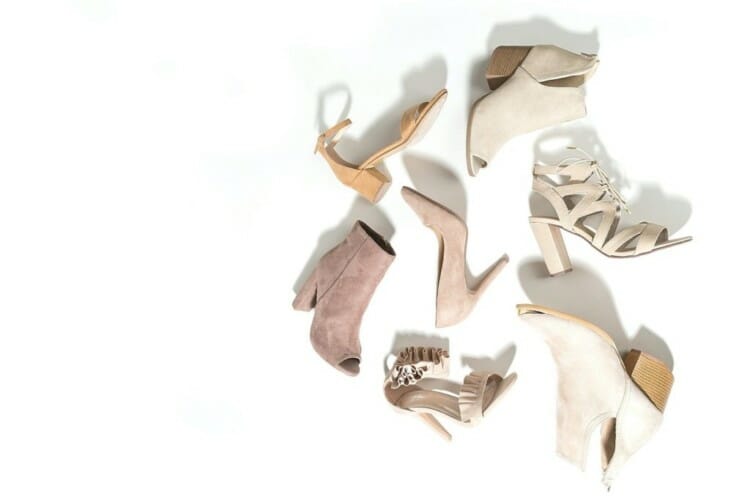 Shoe Biz, the original Shoe Carnival store, started in 1978 by David Russell. After successfully growing to 4 stores, the chain was sold to three executives, Jerome “Jack” Fisher, Vince Camuto, and Wayne Weaver, all of whom had experience in the shoe industry. Russell stayed on as an employee and the company underwent a rebranding to the present-day Shoe Carnival. The concept for the new store was to motivate customers to buy through up-beat music and microphone carnival style announcements on promotions. The company continued to grow and in 1993 they went public.

The US Shoe Store Industry

The Shoe Store industry in the United States has reached level of decline. Competition from mass merchandisers and ecommerce has depressed revenue growth to an annual rate of -0.2%. This left the industry’s total revenue at $36.1 billion for 2019. One of the greatest signs of the decline in the industry is the chapter 11 bankruptcy of incumbent Payless ShoeSource Inc. in 2017. The company closed all brick-and-mortar stores in 2019.

Despite the growth in consumer disposable income, consumers are not to purchase their footwear from traditional shoe stores. Instead, online retailers are capturing the majority of the growth with consumers choosing to mass retailers such as Amazon, and or department stores, such as Macy’s, to purchase shoes. The Online Shoe industry has grown at 8.1% annually and is forecasted to continue growing at 4.4% annually through 2024. This decline in brick-and-mortar force existing businesses to revamp their corporate strategy in order to survive.

Over the next few years, the Shoe Store industry is expected to continue to decline, shrinking the overall market to $35.1 billion in 2024. Despite forecasted increase in consumer disposable income, it is estimated that most of the spending will continue to be through ecommerce, department stores, and mass merchandisers.

As online retailers explode, attracting new entrants into the market, the competitive landscape of shoe stores has dramatically changed. The Shoe Store industry is low in concentration of stores, with FootLocker Inc. being the largest competitor at 10.9% of the market share. Following that is Designer Brands and the now defunct Payless ShoeSource Inc. These major players make up approximately 18.5% of the market.

However, it is important to note that this industry faces increasing pressure from businesses in the Online Shoe Sales industry as well as mass retailers and department stores. These two competitor groups shrank revenues in the Shoe Store industry as consumers are shifting to online rather than instore shoe purchases. Furthermore, this increase to online gives consumers a larger selection and the ability to compare prices; as a result, it is expected that retailers will be competing on price in the future.

Shoe Carnival generates revenues from its 419 stores throughout 33 states as well as an online ecommerce store. Their stores are known for having instore promotions which are announced over microphone, establishing a festive and fun shopping environment. The company believes that their value pricing, large store format, low cost structure, and advanced information systems is what provides them with a competitive advantage.

For customers, the value proposition of Shoe Carnival is low-price brand name shoes. Historically, the inherent nature of a shoe purchase favoured in store sales channels since most consumers want to ensure that the shoe fit. Customers who wanted to purchase shoes would go to a brick-and-mortar store to try on the latest styles; for customers who were also looking for a deal, Shoe Carnival would be the go-to location to scour for a deal.

However, consumers have become comfortable with purchasing online since big brands, like Nike, provide a certain degree of consistency e.g. a customer will generally know how a Nike shoe fits on their foot. This paired with the rise of athleisure is driving the majority of discretionary purchases to the online shoe sale industry.
While Shoe Carnival has an ecommerce, the site only accounts for 7-8% of revenues . Shoe Carnival will need to rethink its strategy and approach with online sales in order to compete with existing sites, like Zappos, and large mass retailers, like Amazon.

As competition for the shoe market increases, Shoe Carnival will need to clarify whether they want to pursue cost leadership or differentiation. While cost leadership has allowed them to succeed in the past, it will be difficult to compete with mass retailers, such as Amazon, who are able to achieve greater economies of scale and pass on cost savings to customers. However, re-establishing the retailer to one of differentiation will require a different kind of vision than what Shoe Carnival has already had. Regardless of the path, it is evident that the business will need to respond to avoid a similar fate of that of Payless ShoeSource.