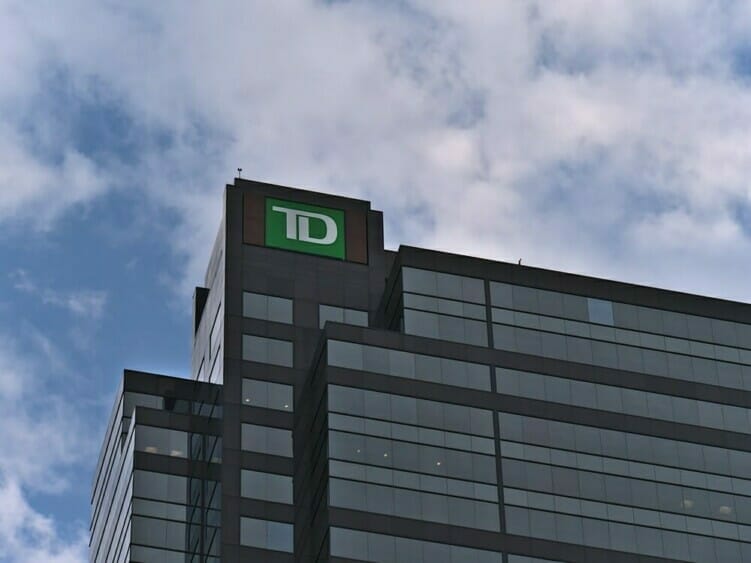 TD Bank Group is one of the top 5 banks in Canada and within the top 20 largest banks in North America by market capitalization.  Their history spans over 150+ years and they are widely recognized for their customer service (they are one of the few and only banks that is open six days a week and with hours past 5pm). They employ more than 90,000 people globally and manage over C$1.5 trillion in assets (as of January 31, 2021) for over 25 million clients.[1]

While their headquarters is in Canada, they have significant footprint in the United States. Their retail bank businesses in the US include TD Bank, America’s Most Convenient Bank, TD Auto Finance, TD Wealth, and a significant investment in Charles Schwab.

The current version of TD Bank Group as we know comes as a result of a series of acquisitions. The Bank of Toronto was founded in 1855, even before Canada’s inception. A group of millers and merchants wanted to provide essential financial services to those in the emerging grain industry. The Dominion Bank, which would later merge with The Toronto Bank, was created to underwrite and support the building of the nation’s infrastructure. Their first branch opened in 1871.

After surviving the Great Depression and then thriving in the boom of the 1940’s, the two companies amalgamated in 1955. This brought us what we’ve come to know as the Toronto-Dominion Bank. In a subsequent acquisition of Canada Trust in the 2000’s, the bank re-adapted their name in an aims to retain the brand recognition of Canada Trust. This would be the latest rendition of the bank as we know it.

Similar to their global and Canadian competitors, TD offers a range of financial services. From retail banking to direct investing, and wealth management, they offer a spectrum of products and services for every stage of an individual’s financial journey. This means you can get everything from your first savings account to a student line of credit all from the same bank.

In the 1960’s, TD modernized under CEO Allen Lambert’s leadership. This introduced a new series of services, such as the VISA card (chargex) along with other symbolic big-banking initiatives. One of Lambert’s famous initiatives that still stands to date is TD Centre, a 56 storey building in downtown Toronto.  This building once stood stood as Canada’s tallest building. Today, TD has other accolades, such as a widely recognizable airline rewards credit card with their home country’s leading airline.

Despite being Canada’s 2nd largest bank, TD has a fairly substantial US footprint. In the United States, they have numerous subsidiaries, including retail banking, TD Auto Finance, TD Wealth (US) and a significant investment in Schwab (along with TD Ameritrade). All this to demonstrate the growth ambitions of the bank group.

TD’s brand spans past banking. In 1995, TD Garden opened in Boston, Massachusetts and serves as home court and rink to the Celtics and Bruins. In Canada, the bank hosts the Jazz Festivals in ever large city from coast to coast. They’re one of the sponsors for the JUNO awards. And they also invest in cultural events, such as the Festival of South Asia and OneWorld Festival. Cumulatively, these events helps the bank establish brand recognition on both sides of the border, which can be incredibly valuable in a retail banking market that is commoditized with little ability to differentiate.