The 4 Steps to Take Before Firing an Employee 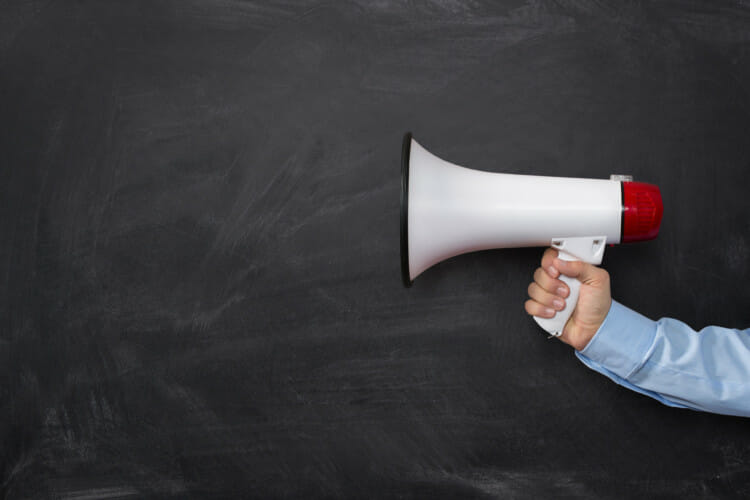 Think of your Wrong Fit—the person who permanently underperforms and has a bad attitude and causes you a lot of grief. Now think back to your high school Biology class and what you learned about parasites. Its goal is to latch on to a host that can supply its needs and stay latched on—permanently. The parasite never wants to take so much that the host dies; that wouldn’t be effective. The parasite needs to keep its supply of nourishment flowing. The host might feel constantly tired, but that’s fine, just so long as it doesn’t die, thus ending the relationship. The parasite doesn’t give anything, it’s only there to take. In the same way, people who you need to fire probably don’t care about you. They care about themselves and will not take action to sever themselves from their host (you). If anything’s going to change with your Wrong Fits, it will be because you initiate it. But here are 4 steps you need to take before firing an employee.

Before firing an employee, warn them! Some Wrong Fits may have drifted into that box for other reasons. This is certainly the case if you’ve seen them perform better, and you know they can do it if they want to. These people need your help and your intervention if they’re ever going to get back on track and move into a better box.

Often Wrong Fits are never called out on their behaviour. This dynamic, however, is not fair to the leader, the company, and especially the employee. If a Wrong Fit doesn’t know specifically how and why she’s not making it, she has no opportunity to address her issues and fix them.

2. Act as their reality advisor

Before firing an employee, inform them of the reality of their situation. Wrong Fits stay in a company for many reasons, sometimes simply because they don’t know they’re Wrong Fits. More often than not, they think they’re great.

Harvard Business Review cites an interesting study by Thomas Schlosser of the University of Cologne, which highlights the underperformer’s perception of his own performance: “In a logic test administered to people who had volunteered over the internet, a team of researchers found that the lowest scorers vastly overestimated their performance, believing, on average, that they had gotten seven out of ten items right, when the actual figure was zero.

People who lack the skill to perform well also tend to lack the ability to judge performance… because of this ‘dual curse,’ they fail to recognize how incompetent they truly are. But skills aren’t set in stone: Teaching poor performers to solve logic problems causes them to see their own errors and reduce their previous estimates of their performance.”

Imagine a husband entering a marriage with a large amount of debt. He doesn’t want to turn off his potential wife, so he doesn’t mention anything about it. As time goes on, the debt grows, as does the incentive to keep it secret. However, one day, the wife is going to find out. She’s going to stumble across a bank balance, or get a letter from a creditor, or receive a notice that they have to sell their house to settle the debt. When she finally finds the truth, there’s going to be a crash.

Such gaps between reality and perception destroy marriages, and they also turn into major people problems at work. When you have an employee who thinks he’s amazing and people all around him disagree, eventually it will come to a sad end. This situation can go on for a long time, but it will end, and when it does, it’s going to be expensive, messy, and unpleasant for everyone involved.  When the beginning is bad, the end is going to be worse.

Jack Welch famously said, “Protecting underperformers always backfires.” At some point, perception and reality are going to meet. You can count on it.

3. Strategize about your options before firing an employee

Before firing an employee, think about your replacement options. Sometimes replacing a Wrong Fit is about timing. It’s like a battle strategy. You know the battle is coming, but if you’re smart, you choose the time and place of the battle, and don’t allow it to be forced on you by someone else, or by your own emotions that press you to act immediately.

Instead, map out a multi-pronged exit strategy. You should be thinking of strategic questions like:

Start brainstorming options to replace your Wrong Fit, and begin contacting these people to see where they’re at in life.

If you’ve engaged in multiple reality talks and been clear in your warnings and you still don’t see any change happening, it’s time for you to act. Retaining Wrong Fits is not fair to you, to the company, to their co-workers, or to them. Nor is the situation going to correct itself, since you’ve already given your best efforts to warn them and act as their reality advisor and the situation hasn’t improved.

You’ve been chosen as leader and coach to do what’s right for the team, and this is your moment to gain the respect of all your best people. Football coach Lou Holtz said it best: “Motivation is simple. You eliminate those who are not motivated.”

The Cost of a Wrong Fit

Letting a Wrong Fit go is a sad decision—but not a hard one, because there are serious costs and other consequences to keeping one. In fact, studies show that the cost is much higher than you think:

Think about some of the costs involved, small and large:

The longer a Wrong Fit stays, the higher these costs mount, and all that time, he’s still there underperforming, and taking a paycheque, too! Companies that have Stars in every key seat are up to 300 percent more profitable than those that don’t.

Dealing with wrong fits is critical to maintaining your culture

One of the biggest costs of letting your Wrong Fits stick around is in the damage this does to your work culture. At the end of the day, a great culture is one where great people who perform well share right attitudes. A bad culture is one where poor performers are tolerated, and allowed to spread their bad attitudes to others.

When great performers work side by side with poor performers, the better workers come to a few conclusions. First, they see that there’s no justice in the world. People can get paid the same as them, have a bad attitude, and underperform at work without consequence. They see the futility of giving their all, because in the end, what does it really matter? Great performance, poor performance; it’s all tolerated. They conclude, perhaps correctly, that management doesn’t really care or notice.

Do you think that poor performers rise up to match the performance of better players around them? If your answer is yes, think again; nine times out of ten it’s the reverse. The Stars see that there’s no justice—that effort and attitude don’t matter—and their attitudes begin to sink.

Eventually some will sag to match the performance of the poorest players, and your best people who have other options will go work for your competitors.

Everyone makes hiring mistakes. Smart companies recognize and act on the problem quickly.  Here are the steps to take before firing an employee:

Wrong fits are very expensive and they damage your culture.  It’s up to you to take action!