The 7 Most Common Myths About Coaching Your Team 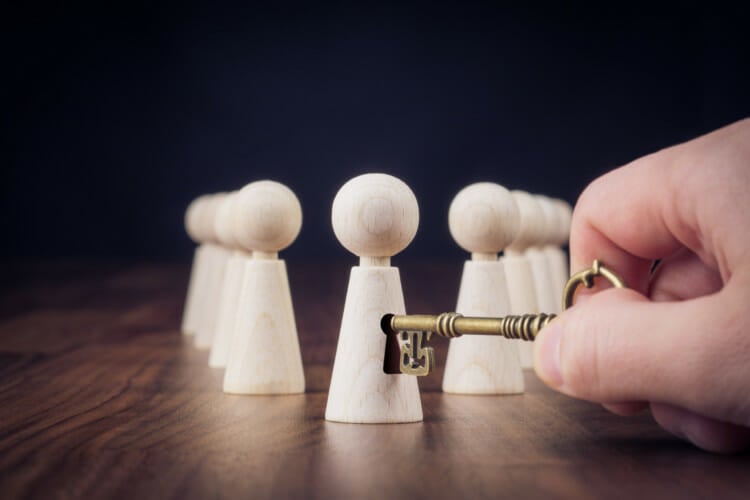 When you think of how you could be more effective in life, where does your mind go first; working on improving your strengths, or fixing your weaknesses? If you’re like most people, you want to focus on your weaknesses first. However, I’ve never yet worked with someone who succeeded because they had a well-honed set of strong weaknesses. This may seem obvious, but considering how many people myths have become conventional wisdom, I’m going to debunk the most common of them, one by one.

Leopards don’t change their spots. People should be coached and mentored, but you need to recognize that the best-case scenario for any employee is that he will become a better version of who he already is.

While a wise person learns and develops skills and talents throughout the course of his life, his basic temperament won’t change much. He’ll have the same basic strengths and weaknesses at fifty that he had at twenty.

If you like the basic package of who your employee is now, know that he will only get better in the future when you help him with coaching and training. However, if you don’t like the basic package of who he is today, you’re not going to turn him into a different person once you’ve spent all of that development time, effort, and money on him. As the old English proverb says, “What’s bred in the bones comes out in the flesh.”

2. The Point of Coaching Is to Help People Manage Their Weaknesses

Everyone has weaknesses, including your Star employees. While it’s true that his weaknesses will kill him if he can’t tame them to some degree, the focus of coaching should be to capitalize on a person’s strengths, not manage his weaknesses. When I’m coaching a person and we’re discussing weaknesses, I’m hoping for four main outcomes:

3. Coaching Will Change the Behaviour of Stubborn, Poor Performers

When was the last time you tried to make a grown up try to do something that she didn’t want to do? It doesn’t work. Unless she wants to do the task you’re asking her to do, you’re wasting your time.

A good acid test of your poor performer is to mention the possibility of receiving coaching. If her ears perk up and she expresses interest, maybe there’s hope. If she doesn’t seem enthusiastic about it, don’t waste your time with elaborate, ongoing coaching efforts that go beyond the basics.

Ironically, more often than not, just the reverse is true. When there’s an elephant in the room and you have the courage to address it with kindness, it very rarely turns out as badly as you think it will. In fact, the great majority of tough conversations I’ve had have resulted in very positive outcomes.

Star leaders are able to have difficult conversations without making enemies. They earn respect and loyalty because they’re willing to tackle these issues. They also approach tough talks from a place of care, not judgment, wanting to make the situation better for everyone.

5. Being Successful Is about Making Sweeping Life Changes

Typically, sweeping changes are short-lived. Real change happens more gradually, and takes more enduring effort. Each day is a choice to keep putting one foot in front of the other, and stay running in the right direction.

A successful coaching engagement is more like a marathon than a sprint. At the beginning of a marathon, participants are excited and enthusiastic about running. They feel fresh, they’re rested, and they’ve trained for months. A new day is dawning, and tremendous energy from spectators and other runners surrounds them. The situation changes though when they’re into the third hour of the race. There isn’t any cheering, the pack has thinned out and they feel alone. Those who complete the race are the ones who keep on running at mile nineteen, even though it’s hard.

6. The Person with the Best Qualifications Wins

Qualifications alone don’t guarantee that a person is going to be a fit for your company. This truth is borne out by the fact that I’ve made some unlikely hiring recommendations that turned out really well. How about an academic serving in the president’s office of a university, never having sold anything in his life, being hired as a sales team leader? Or a career leader of a millwork business moving over to run an agriculture company with a global marketplace?

These hires might not make sense at first glance, but these unlikely moves were successful because the academic was bright, people-savvy, and eager to learn and grow; the millwork manager was a natural-born leader with incredible drive, vision, and a keen eye for quality. While they didn’t precisely “qualify” for the jobs on paper, they had all the right “fit” characteristics. They both shared values with the companies that they transitioned to. All they had to learn was how the new businesses ran. Within a year, both were at full gallop.

While skill is needed, if you have to weigh skill against the fit, choose fit every time.

7. When Someone’s Personal Life Is in Tatters It Doesn’t Necessarily Affect His Work

I don’t believe this to be true. While we all go through hard times personally and keep things together at work in the meantime, we’re also deeply affected by what’s going on at home. At the end of the day, your personal and professional lives are the same life. If your work life is going badly, your loved ones feel it at home. If your home life is in turmoil, people often feel it at work.

It’s not your job as coach to help people fix their home lives. It’s your job to help them understand that what’s going on at home can affect their coworkers, and to learn and manage this important principle: leave your personal life at the lot line. This means that when an employee crosses the lot line and walks onto the work site, she does her best to shake off what’s happening at home. Co-workers shouldn’t feel compelled to be counsellors, nor should they endure poor treatment because things at home are tough.

Bad behaviour that spills over from personal to work life needs to be addressed.