The 7 Reasons to Fire Someone 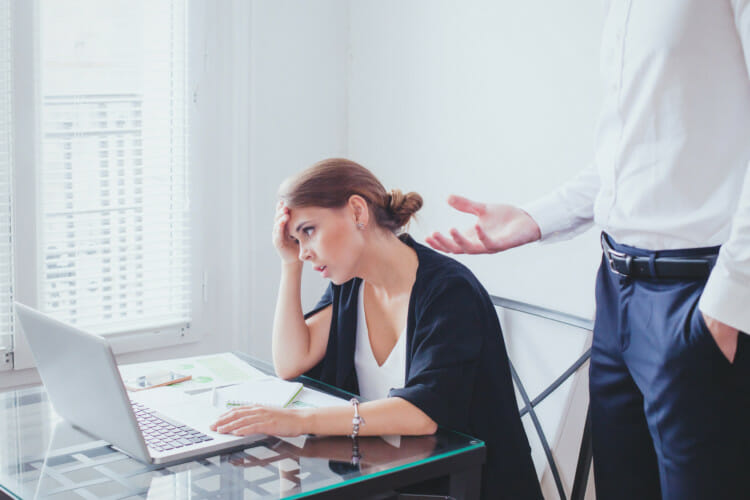 No matter how long you’ve been in business, and how great your hiring systems are, the time will come when you make a hiring mistake and let a person through the net who shouldn’t be in your company. The main difference between toned, fit companies and flabby, lazy companies is that the fit ones recognize the problem quickly, fix it, and move on, while the flabby ones allow the mis-hires to stay indefinitely, wreak havoc, and hurt all of their best people.

Picking the wrong person is a common mistake. We’ve all made it. Don’t let your fear or your pride prevent you from dealing with the situation. Take action, learn from what happened, and then get over it and move on; give up all hope of having a brighter past.

Here are the 7 reasons to fire someone

1. They violate your company’s values

The first and most important of the reasons to fire someone is that they violate your core values. This is the most reliable and objective way of knowing you have a wrong fit on your hands. Lots of people can learn a new skill and become more productive, but not many can change fundamental values and beliefs that guide their actions through the day.

Is the behaviour of your potential wrong fit making you mad? If you find yourself angry with her, and not over garden-variety mistakes that everyone makes from day to day, you should have a closer look. If she continues to violate your company’s values on a consistent basis and can’t (or won’t) change, there’s a good chance that you have a person working for you who needs to be fired.

2. They don’t care about their work

The second reason to fire someone is that they show a lack of interest in their work. This comes out in a variety of ways. Spending inordinate amounts of time on social media; encountering “emergencies” that require time off during busy periods; getting afflicted with that peculiar and exotic ailment that flares up at odd times; repeatedly adding an extra day to a long weekend.

The That’s-Not-My-Job Syndrome is an excellent diagnostic tool for sniffing out a C player as well. Doing things apart from his strict list of duties could take extra effort, which is an unacceptable breach of the principle of work/life balance to the C player; another possible reason for this malady is the risk of exposing his ineptitude to other people. Better not to help than to come out of the incompetence closet to your co-workers.

One more thing has to be said. Whenever you see a primly posted sign at the desk of someone who makes her living supporting others that states, “Your lack of planning does not constitute my emergency,” don’t walk the other way—run.

One of the most obvious reasons to fire someone is that they are a negative nancy. It’s a bad sign when people spew vitriol around the workplace, even if it isn’t related to your company or to their job. The lady who can’t stop slagging her previous boss, or the guy who drones on and on about the imagined deficiencies of his wife are hard on everyone around them; not to mention that one day you’re going to be the past boss, and you’ll be talked about in exactly the same way.

The same goes for negativity about the weather, the government, gasoline taxes, the hypocritical and rigged nature of Academy Award voting procedures, personalities of customers, and a plethora of other things that she has no control over.

Negativity is a choice, and like the flu, it spreads. You don’t want the rest of your staff catching this flu, because it’s one that they don’t get over once they’ve got a bad case of it, and it can quickly become an epidemic. Deal with the dragon before it becomes full grown or by then it may be stronger than you are.

On the face of it, “bad reports” seems like a subjective way to find out how a person is doing. But if you’re hearing negative reports about a staff member from people you trust, pay attention to the news. Don’t let yourself get too caught up in “process,” allowing the situation to play out on its own. Bad news travels fast, and if these bad reports are coming from credible people, insert yourself into the situation and monitor it closely to find out the truth for yourself.

As the boss, you’re the last to hear these things, so if it’s leaking back to you, you know it’s been around the mulberry bush multiple times already and everyone else is fully briefed on the situation.

5. Their trajectory is all wrong

Of all the reasons to fire someone, this one if the most subjective. From personal experience, I know you can determine the trajectory of a new hire very quickly. Typically you can tell within the first week or two if she feels like a fit. It doesn’t take six months or a year to make that determination. You know you have a winner when things just “feel” right. She may not know much yet, and she may not have solved any real problems; but you can tell that once she has some knowledge and experience under her belt, she’ll be just fine.

When assessing someone who isn’t a new hire, but has been in her role for a while, look again at her career trajectory. Is it moving upward, staying flat, or going downward? If it’s going up, she’s becoming better at what she does, she’s getting more engaged over time, and she’s becoming more valuable by contributing at a higher level.

If her trajectory is flat, she’s showing satisfactory results, but nothing more. She shows up and gets the work done, but you don’t see more in her future. But if she shows a downward trajectory and her performance and attitude is actually skidding downhill over time, you have a problem.

When I assess business leaders, it isn’t hard to predict with a high degree of accuracy where they’ll be in one, three, or five years’ time. I just look at their past trajectory, because usually, that trajectory will continue into the future.

Barring unforeseen disasters, the story of each person’s future is already written because of the habits he has developed that will keep him winning for a long time to come. Those moving upward will continue to get better and be more successful, those remaining flat will be in about the same place as they are today, and those moving downward will be worse off in five years than they are today.

6. They have no concept of time

Out of the reasons to fire someone, this one could be disregarded if the other 6 signs are not present. If you’ve ever chosen the wrong line at the grocery store and watched while the cashier stops checking items through his till so that he can fully engage in conversation with the customer in front of you about whether or not he’s having a nice day—and then doesn’t begin productively moving his hands again until he’s through talking—you’ll be able to relate to the frustration of this C player sign.

“Hands and mouth must move at the same time,” I tell my kids as we load the dishwasher. “If this is not possible, the mouth must cease moving.” #Lifeskills.

C players aren’t concerned about prosaic things like time and productivity. They live in their own world where there are no deadlines—only rainbows and unicorns. In order to win, you must have at least some sense of time and urgency.

7. Your gut tells you something is wrong

The most intuitive of the reasons to fire someone is when your gut tells you something is wrong. Why is it that you don’t have to perform an internal song and dance to convince yourself of your great hires? Because it’s self-evident that they’re working out and they don’t need a cheerleader to help lift their brand! Conversely, when you find that you’re trying to convince yourself and others that someone is going to work out in her role, you may be living in denial.

I’m a big believer in listening to your gut. A gut check isn’t some arbitrary, capricious feeling that you get when you wake up on the wrong side of the bed. It’s a finely tuned sense that you’ve developed over the years that recalls similar situations that you’ve heard of, read about, or experienced personally. A gut check is your subconscious mind linking these hundreds or thousands of connections into a feeling that’s real, and one that you should listen to. It’s a way of helping you understand that you’ve “seen this movie before” and that you also know how it usually ends.

When your gut tells you something’s wrong, that’s because it is. Don’t ignore it.