The Top Reasons Why Your Best People Leave Your Company 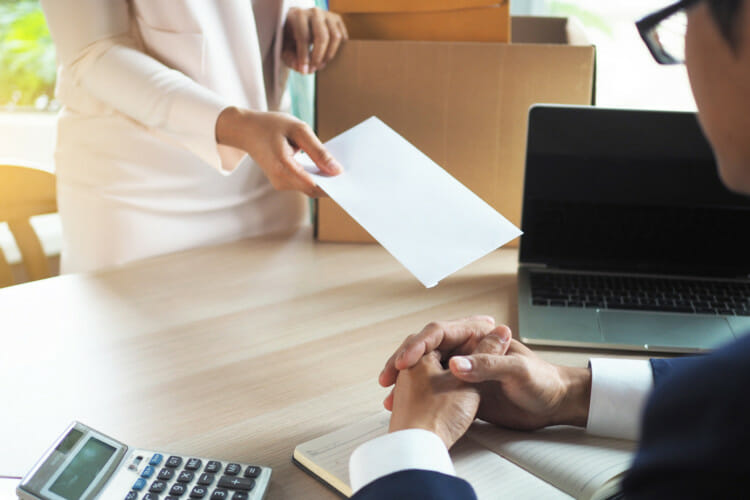 I’ve worked with hundreds of Stars, and you need to know one thing up front. Someone right now is sitting in a boardroom somewhere trying to devise a plan to poach them from you. That’s typically how Stars end up leaving; they’re poached by someone who appreciates them more than you do—someone who offers them a new challenge and/or a better work environment.

Everyone who interacts with your Stars—all of your competitors, suppliers, and customers, for a start, plus all the people they meet at trade shows, the people who interact with them socially—sees them for what they are.

There’s danger everywhere! I can’t count the number of people who have been recruited by a savvy owner or CEO while having a casual conversation at some social event or work-related function.

It may surprise you to learn that Stars typically don’t leave over money. Now, I’ll insert a caveat that if it’s crazy money, all bets are off. But even then, Stars think long and hard and feel very conflicted about leaving for bigger money if they’re happy with the other parts of their current job.

1. Being Forced to Work with Non-Stars

If your Stars work in an environment where they’re forced to interact on a consistent basis with co-workers who are Non-Stars, you should be worried, because they are a flight risk. Eventually, they’re going to go somewhere that’s more serious about taking action with the Star Chart.

On this point, a CEO friend of mine once gave me an object lesson. He held out both hands, palms down and fists closed. Then he said, “Imagine that you have two team members, one in each hand. One is an ‘A’ player, and the other is a ‘C’ player. Now, pick which one you want to keep, because you can’t have both. If you choose to keep your ‘C’ player, then you’re also choosing to let go of your ‘A’ player, because he won’t work with the ‘C’ player forever. On the other hand, if you choose to keep your ‘A’ player, your ‘C’ player will eventually leave, because he won’t like working with people who will show him up. He’ll be forced out eventually.”

So which one do you want to keep? Because remember, you can’t have both.

After reading a lot of reading about The Container Store—which for fourteen years in a row has won Fortune magazine’s Best Place to Work in America Award—I took a trip to visit the store nearest to my home. While there I spoke with the manager and several employees, and a large and consistent theme emerged.

To paraphrase one employee: “Everywhere else I’ve worked, I’ve always been the hardest worker, and I’ve been forced to work with people who don’t care and who make the same money. I couldn’t stand it. At The Container Store, we all care, we get a lot of training, and we all work hard or we wouldn’t be allowed to stay, so I love coming to work. I don’t work with any slackers here, not a single one. Everyone who works here is passionate about what we do.”

The manager told me that people were so excited about working in this environment that in their last store opening, they had 4,000 applications for 40 positions. They were able to choose only the very best; people who were already raving fans.

Stars want to work with other Stars.

2. Being Forced to Report to a Non-Star

They key to happiness (or misery) for any employee is the quality of the relationship that he has with his direct supervisor. This is actually more important than the calibre of the company. An employee working for a Star in a weak company can be very happy. An employee working for a Non-Star in a great company will never be happy—and won’t stay either, no matter how amazing or famous the company is.

The simple fact is that employees join companies and leave managers. If an employee’s direct supervisor cares about him, knows his priorities and career goals, and acts as a career advocate for him, he will be happy and will stick around. However, if an employee feels that his supervisor is incompetent or doesn’t live out the company’s right attitudes, or doesn’t like him personally, he’ll be primed for flight. In this scenario, it’s the Stars who leave first, because Stars can easily find other places to work.

When a Non-Star is allowed to get into a leadership role, the Stars working under him are at immediate flight risk. This is called “dumbsizing,” because it’s the same as deliberately cutting your best players. The only people who will tolerate reporting to a Non-Star are those who don’t have any other options—your other Non-Stars. Dumbsizing is the downsizing of a department by losing all your best players and keeping all your worst ones.

Your Stars have all the options in the world, and if they’re forced into this sort of a reporting relationship, they won’t be around for long. They’ll give the company a little bit of time to see if leaders recognize their mistake, but if they perceive that the company is set on enforcing this injustice over the long term, they will leave.

3. Feeling Bored and Under challenged

When a Star feels that she has stopped growing and is getting stale and sees no way for that to change, she often thinks about moving on. After all, that’s a good reason to leave, isn’t it?! Wrong Fits and Productive-but-Difficult Staff Members are happy to “quit and stay,” but Stars don’t think like that. They want to grow!

The interesting thing is, many times I’ve seen Stars leave for a place that offers less money, because the new place is a better values fit, or offers more challenge and/or opportunity. Consider the following story about a Star leader—the general manager of a large, flagship location at a fashionable, high-paying, high-profile restaurant—who was recruited by a smaller entrepreneurial company with lots of enthusiasm, but not a lot of internal systems.

One day I sat with this young leader and asked him why he made the switch. First, he talked about boredom: “I’d worked for the company for years, and I just didn’t see any more challenge on the horizon. I’d gone as far as I could go with them. I didn’t think I’d ever be considered for a senior position in the company. Leadership had me pegged as a location manager, and since my results were good, I knew that wasn’t going to change for a long time.”

The second part of his answer was about feeling ignored: “As I looked at the overall business, I could see lots of things that needed to be improved. I kept a running list, but the company rep who oversaw my store wasn’t interested in hearing about it. He only wanted to see my numbers grow week over week. He didn’t care what my career goals were, or about how I could develop further. He really didn’t care about me as person. In the past I had talked directly with the owners of the business and had some creative input in the direction of the company, but now I only talked to this corporate drone. I was fed up with it.”

This Star ended up taking a lower salary with my client because he liked the people, appreciated their values, and believed that he could contribute to the growth of the business. He could matter again.

Learning to Allocate Your Time Wisely

And now it is time to take a good, hard look at yourself. Are you doing everything you can to retain your Stars? Start by asking where you focus. Is the majority of your time spent with your Stars, developing, coaching, and encouraging them to be even better? Are you thinking through strategies to retain them, so that when they get other offers (which they will) they’ll choose to stay with you?

Or is the bulk of your time spent pouring your energy into your Non-Stars (your Wrong Fits and Productive-but-Difficult Staff Members)? Non-Stars take a lot of time and mental energy. They occupy your mind at work, and you worry about them when you’re at home. Most leaders spend the bulk of their time working with the whiners, not the winners. Think about the difference between the two:

The people you surround yourself with either raise your game or lower it. This is true in your personal life, with the friends you choose, and it’s true in your professional life, too. Every member of your team needs to lift the average, because no one succeeds alone. Every day, winners remind us by their actions how to show our best selves to the world and how to become better and better at what we do.