To Be, Or Not To Be, Aggressive in Leadership? 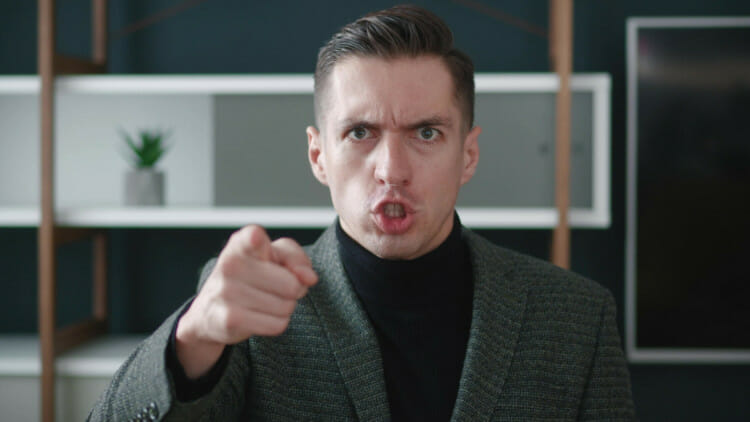 If you think about the great business leaders of our time, who comes to mind? Bill Gates, Satya Nadella, Indra Nooyi, Meg Whitman – just to name a few. All people who rose to the top of their companies and fields. They did so by developing a variety of personal traits that allowed them to become powerhouses in their own right.

What did they all have in common? They were not what would be considered aggressive in their leadership style. If fact, they could actually be considered assertive in the way they manage their teams.

What does it mean to be assertive?

If being aggressive means communicating your thoughts in a hostile and defensive manner, then being assertive is the opposite side of that same coin. Assertive is a leader who can communicate those ideas but in a confident and calm way. This is what actually makes the people around them want to listen.

Being mindful of people’s feelings, and using the right communication skills needed to showcase self confidence and foster workplace relationships is the mark of an assertive leader. Not an aggressive one.

So, should you be an aggressive or assertive leader?

Saying that someone is not an aggressive leader is not in fact, something to be considered as a negative thing. Being aggressive certainly has its uses (like the ability to take charge and make decisions in stressful situations) and shouldn’t be written off at all when it comes to business settings.

But, while having an aggressive sales agent could benefit you in dollars, for example, an aggressive manager could actually leave you with the opposite effect. Working under a rude and aggressive leader could very well cause your employees to leave in hordes and affect your company’s ability towards potential earnings. And no one wants that to be under their watch.

Top most recognized leaders are assertive, not aggressive

The key difference between being assertive and aggressive comes from the emotional intelligence needed for each trait. People who rose to the top of their companies and fields did so by developing and fostering emotional intelligence, which allowed them to convince those around them of their point of view without steamrolling them into action.

Barack Obama is an excellent example of an assertive leader with high emotional intelligence. He constantly makes use of the first person plural, for example, by using “we” instead of “I” to help convey a sense of group effort among his team. It’s never about him taking charge alone and everyone else following like little soldiers. It’s about making everyone know and feel that the end goal is something they’re working towards as one, and where he simply shows the way. This way it’s easier for him to make people want to follow him. Quite smart!

How can you be more assertive, and less aggressive?