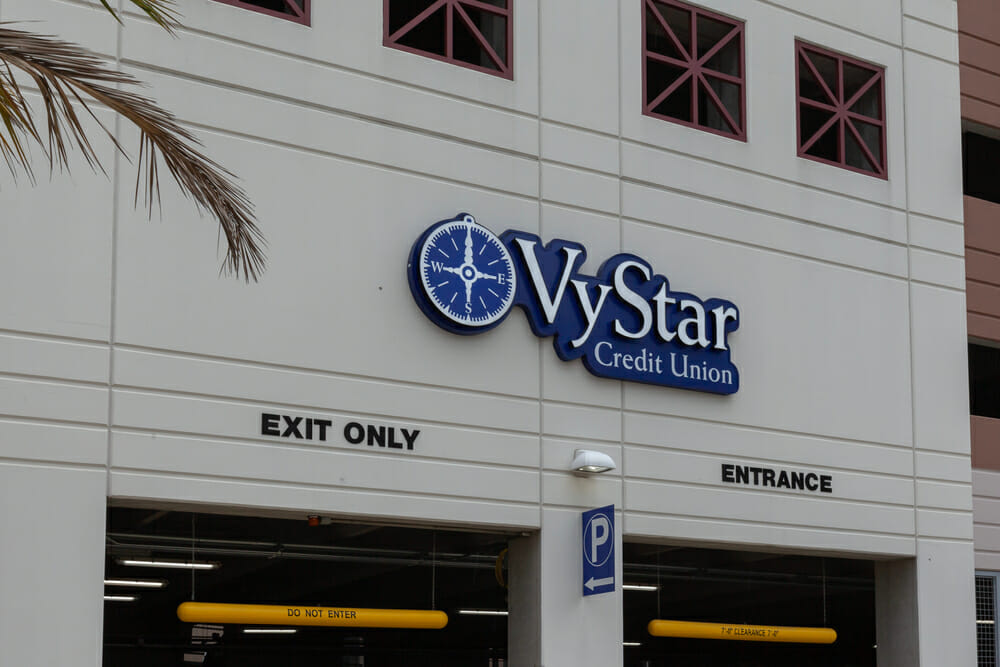 It was historically difficult for blue-collar workers to have access to credit lines and car financing during the 1950s. With the idea of founding a space where working people with little options could access bank accounts and loans, Vystar was born.
Created in 1952, Vystar was initially under the name of Jax Navy Federal Credit Union. Its original concept was to help the military community of Jacksonville, Florida. Located within the limits of the city were the Jax Naval Air Station and the employees and families who lived on base. As a result of the Vystar credit union opening their doors, the people who needed it the most now had access to fair financial services.
With over 41 branches by 2016, Vystar today is one of the largest credit unions in the United States. By the time they opened, they already had 1,100 members and today they serve over 500,000 customers across the country.

History of the Financial Industry

The financial services industry is what we call the grouping of all money management institutions. They work both for individuals as well as businesses. Anything from lending to managing investments, would all fall under this same financial umbrella. Added to this would also be the offering of insurance services and the safe transfer of funds, to name a few.
It would make sense then that the financial industry is, as no surprise, a particularly lucrative one. As of 2019, the market size was around $22,219 billion. Within the next two years alone, it’s anticipated to reach $26521.67 billion. The credit union industry specifically, however, actually has quite a low market share within the US. From 2015 to 2020 it’s seen an average growth of only 3.2%.

Vystar’s customers seem to be people with overall lower assets, or less familiar with the ins and outs of the banking world. According to customer reviews, they offer detailed and helpful customer service. Members seem to choose them because of the knowledge they provide those needing more information on how to manage their money. Added to this are the lower operational fees they offer in comparison to bigger banks.
In terms of competition, Vystar is ranked as the 16th largest credit union in the United States. Direct competitors seem to have been established for a longer period of time in comparison. This has allowed them to build a more robust community with greater assets.

The concept of credit unions has been around since the mid-1800s in Europe. The idea was to offer a less expensive and more regulated option for those who were living within less affluent urban and rural areas. The financial industry was not generally a place made for low-income people, and so banking for them was a very difficult task during that time.
Credit unions were created as member-owned financial institutions that were not-for-profit operations. The concept centred around a community banding together to help each other. Everyone would pool their savings together, and offer loans to neighbours and friends for low interest rates. Added to this was that credit unions, as not-for-profit organizations, were exempt from federal and state income taxes. This meant that any extra profit was divided among the union members as dividends.

From the get-go, the idea of a credit union tends to attract quite a large customer base. Everyone who’s not able to receive financial services from a larger bank will find themselves in front of a credit union instead. Vystar specifically has made a name out of being extremely community-based. It seems as if to them, the primary focus is less about making money and more about serving their members. This is both reflected in their founding story and still upheld today via their core values of integrity, trust, respect and loyalty.

The financial industry as a whole has seen an increase in non-cash-based processing options within the last several years. Spurred by a rising need for simple and fast banking options, as well as the growth of the internet and mobile markets, the industry has seen a clear move towards online-based transactions. This has also been thanks to a global change towards more real-time money transactions. As a reference point, fewer cash-based transactions were worth around $387.3 billion in 2014.
To adapt to this changing market, Vystar would benefit from focusing its energy on developing and implementing the changes needed to adapt to the non-cash sector of the industry. This is where the majority of the future financial growth will likely be happening.