What Are Business Tactics? 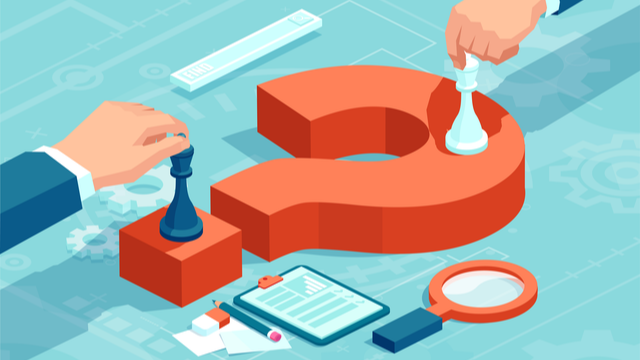 What Are Business Tactics?

Business tactics are specific steps that are taken to actualize goals in the short term and long term in an organisation. Tactics are influenced by an organization’s strategic goals.

Business tactics are also known as micro strategies. They are micro-strategies that capitalise on specific business conditions as they happen. They are quick-to-implement initiatives that support an organization’s overall strategy.

Every organization uses tactics as a technique of planning in order to achieve its goals.

The Importance of Business Tactics

Business tactics influence the extent to which an organization’s goal can be marred or realized. Therefore, organization leaders are mindful when making the choice of which tactics to work with.

Tactical planning involves breaking down the organization’s strategic plans into actionable steps that each department in the organisation will undertake to achieve the overall company’s objectives.

“Strategy without tactics is the slowest route to victory. Tactics without strategy are the noise before defeat.” writes Chinese military strategist Sun Tzu about 2500 years ago.

There is a blurred line between strategy and tactic. A number of people are often confused about the meaning of strategy or tactics. As such, they use them interchangeably. However they do not mean the same thing.

A sales strategy, for example, is needed to boost a company’s revenue. As a result, the method used by the organization’s salesperson to close the transaction is a tactic. To put it another way, strategy is the broad vision, and tactics are the parts that are generated or implemented to make the big picture a reality.

A plan that extends beyond a few weeks and months is considered a strategy. To bring it down to tactical planning, it has to be goals that can be quickly implemented. One of the advantages of tactics is the speed by which they can be deployed. The following are examples of business tactics.

Securing press at least once a month.

Focus more on social media sites where there are more engagements posts to reach prospects.

Gain 5,000 new followers on every social media platform by the end of the year.

Collaborating with social media influencers to do one live video a week that highlights organisations products or services.

Increase the number of top talents in the organisation by 5%.

According to a Harvard business review article, top talents are a long term corporate asset and must be managed properly.

Tactics:
Improve compensation and remuneration benefits. Make it one of the best in the industry.

Grant sabbaticals for excellent performers who have been in the company for a long time.

A Good Tactic Should Aid Strategy

According to George S. Patton  “Good tactics can save even the worst strategy. Bad tactics will destroy even the best strategy.”

Since tactics are dynamic in nature, they may conflict with the company’s strategy and objective. Customers will receive contradictory messages if your business tactics do not correspond with your organization’s strategy. Again, your efforts may be sabotaged because you are sending messages to those who would never buy from you rather than directly communicating with your desired target market.

Therefore, it is very important that your tactics align with business strategy. Because tactics are the steps you will take to implement the strategy.

To align tactics with strategy, understand every facet of the organisations strategy. Doing so will eliminate any misunderstanding that may be amplified in the process of breaking down strategy into tactics.

A Good Business Tactic Should Be Flexible

The business environment is volatile and changes can happen in an instant. Tactical plans need to be flexible enough to accommodate the changes as they occur.

Again, since tactics are quick and actionable plans, they take advantage of situations as they arise.

A Good Tactic Should be Measurable.

There should be methods put in place for measuring or tracking the progress of the tactic adopted. If it is not quantifiable, it will be difficult to monitor the success of the implementation of the tactic.

Because tactics and strategy are sometimes used interchangeably, and the terminology can be misleading in some situations. It’s therefore critical to educate employees about the differences between the two concepts and how they’re employed to achieve a company’s goals. More importantly, business tactics must be in line with the company’s overall strategy.

In conclusion, having a strategy without tactics is having a plan without actionable steps to realize the plan.