What Does M and MM Mean in Accounting? 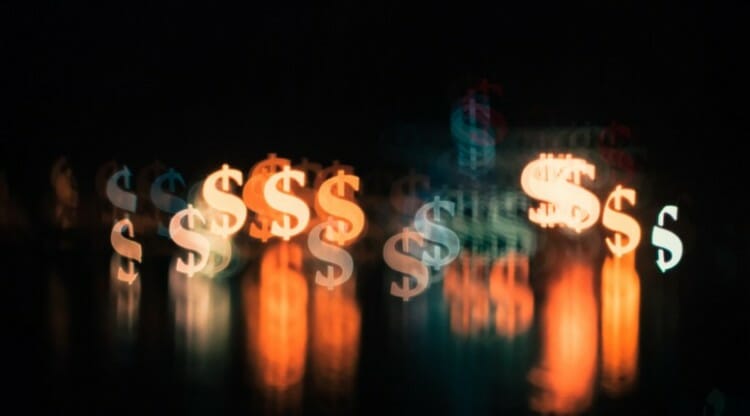 Unfortunately, there isn’t a consistent approach to labeling units. The least ambiguous approach is to simply write them out in words, such as “$ thousands.” This is Corporate Finance Institute’s recommended method, to avoid any potential confusion.

M With a Bar

We don’t know for sure why the Romans used letters or why they chose the letters they did. One theory says the use of M was because Romans measured a mile as a thousand paces. Another theory is that it is a misprinting of the Greek letter phi.

The barred M was necessary because the Romans didn’t use zero, and they didn’t like using more than three identical letters in a row. If you can’t go above three M’s in a row, you can’t get to 4,000, which would be MMMM. The bar solved the problem.

Rather than use the barred M, however, accounting went with MM as an abbreviation for a million. For example, 1MM equals 1 million, $34MM equals $34 million and so on.

Using M or MM is pretty simple. If the company sells 26,000 units, the accountant can record that as 26M units. If net income runs to $6,500,000, it goes on the books as $6.5MM. The MM abbreviation works whether the entry is in dollars, some other currency or millions of items or customers.

While you can make MM stand for millions of anything, it’s important that the reader knows whether you’re talking about dollars, euros, units shipped, etc. If, say, you use it for both units and dollars in the same document, separate the different categories so your readers don’t get confused. 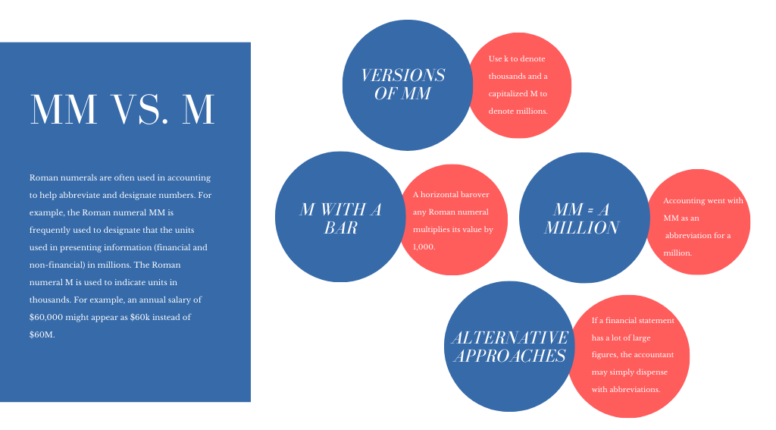 If a financial statement has a lot of large figures, the accountant may simply dispense with abbreviations. Stating at the top of the report that “all figures are in millions of dollars” should take care of it. Both approaches are allowed under standard accounting rules. What matters is that readers look at the figures and understand the amounts.

There are also other options besides using MM as an abbreviation for a million. Instead of writing $36,000,000 as $36 MM, for example, you can go with:

It’s also common to see K used for 1,000 and B for a billion. To avoid confusion, use any and all abbreviations consistently throughout all your financial records.

Like most simple abbreviations, MM stands for a number of things in the business world other than millions:

If you think there’s any possibility of your use of MM being confusing or being misinterpreted, you’re safer writing out the numbers or using “millions.”