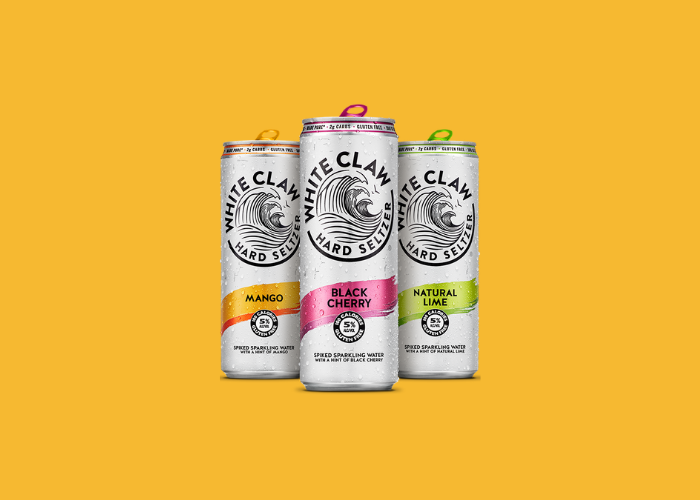 Unremarkable and, as a New York Times’ article art insinuates, basic. Those are the two words that best describe the wildly successful hard seltzer drink, White Claw. The read to drink alcoholic beverage owes its popularity to a comedian and social media memesters; both took on the work of building a millennial and gen z friendly brand for the product. The result: 250% increase in dollar sales in 2019 and the title of being the fourth largest beer company in the United States, a difficult feat for that industry.

White Claw was first introduced in 2016 by Anthony von Mandi, owner of Mark Anthony Group. Von Mandi is no stranger to the alcohol business; he started in the 1970s as a wine seller in the Vancouver, BC region. He is the original founder of Mike’s Hard Lemonade and his vineyards have hosted royalty Prince William and Kate Middleton. Since then, his product, White Claw, has grown to capture 54% of the hard seltzer market share.

In the United States, the Alcoholic Beverage Industry is estimated at $222 billion. Within that, the beer category makes up the majority of the market share with $102 billion of the US market. Ready-to-drink beverages account for $6.5 billion of the market share. While growth in this segment has been steady, grown specifically for hard seltzer has been estimated at 200% between 2018 and 2019 (according to Nielsen data).

The demand for the RTD beverage market is forecasted to grow at 4.8% by 2023[1]. For hard seltzer, the product alone is expected to grow to $2.5 billion by 2021. While the product still makes up a smaller fraction of the market, the segment’s growth is increasing in comparison to the beer segment’s flat-line growth. This will likely attract new competitors into the segment.

Hard seltzers have historically been viewed as girly drinks due to the products’ primary characteristics. As a result, hard seltzer competitors have typically marketed their products to women by creating feminine packaging and logos. Other products that compete in the ready-to-drink segment, such as Smirnoff Ice, fall fate to similar labels of being a girly drink.

White Claw was initially considered a girly drink until recently. News report speculate that comedian Trevor Wallace’s video made it acceptable for young college-age men to drink the beverage. This has given White Claw a near 50/50 split between men and women consumers.

White Claw generates revenues by selling their product through distributors to retail stores. The product is positioned in a uniquely unremarkable way; the name and the wave logo are neutral from a customer segment perspective. This has allowed it to appeal to a wide audience. The company’s vice president of marketing claims that they have purposely left it this way to allow consumers to “have the conversation they want to have.” This has led social media content creators to eagerly rush in to fill the gap with memes and videos; this provides the company with free marketing tailored to a likely target customer demographic.

White Claw’s success can be attributed to the free social media marketing it received in the summer of 2019. After comedian Trevor Wallace’s skit on the drink, the internet exploded with memes that popularized the drink. Everything from the college “bro” demographic it attracted to sayings like “Claw is the Law” reinforced the popularity of the drink, leading to a nationwide shortage.

Also, it is believed that the video paved the path for it to be socially acceptable for college-age men to drink; previously anyone caught drinking White Claw would be blasted for drinking a “girly” drink. This expanded the customer base with men trading in beers for light refreshing spiked seltzer.

Additionally, White Claw’s product fits in perfectly with where consumer trends are heading. Firstly, consumers prefer healthier options, which White Claw’s low-calorie gluten-free product offers. Next, America’s demand for seltzer water skyrocketed in the past few years. According to a New York Times article, Americans spent approximately $1.7 billion in restaurants on sparkling water alone. An alcoholic version of the product being the next big product makes sense. Being able to capitalize on both factors has allowed for White Claw to be successful and experience triple-digit growth.

As summer for the most tumultuous year approaches, White Claw will need to suit up with an actual marketing strategy and address their distribution challenges in order to surpass the growth they experienced in 2019. Social media is fickle and with new companies entering the highly attractive hard seltzer category, the company is going to face an onslaught of new competitors. Given the distribution and shortage problems experienced last year, existing customers may defect to competitors with drinks that are readily available on grocery store and liquor store shelves.