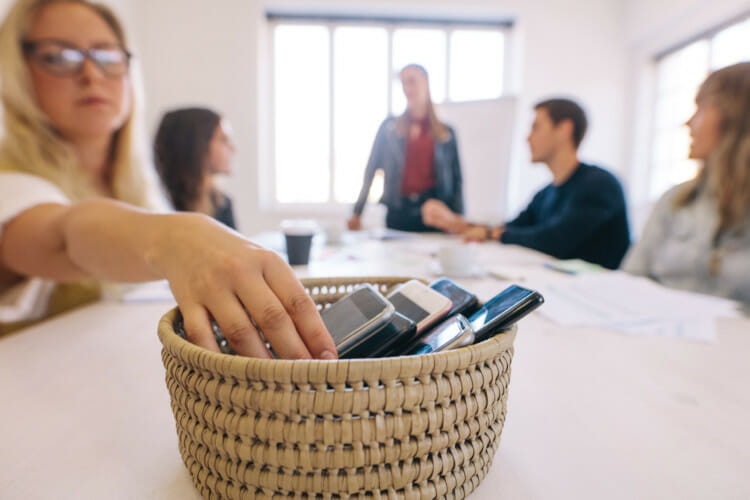 I once worked with a client who had a young team and a very fast growing business.  During meetings, people routinely checked their phones and sent the odd text.

At some point, my client began to notice that, when person A sent a text, person B on the other side of the room would glance at her phone and smirk, and then write something on her phone.  Then he would glance across the room again and notice person A stifling a discreet smile.

As it happened, he owned all the cell phones, and after the meeting, discovered what everyone was saying (yes you can do this, but you may get sent to the gulag for it if you’re caught).  Sure enough, they were talking smack about him and others and various things going on in the meeting that they didn’t like.

They were texting in the meeting, about the meeting to other meeting participants.  Sigh.

A big piece of building trust with your teammates is building empathy.  This is when others believe that you really do care about them and want them to win, even though you may disagree and be in competition for resources.

You build empathy by listening.  By getting rid of distractions.

One of the biggest distractions today is the smartphone.  Are you checking that spreadsheet in the meeting, or are you watching another cat video, or checking Instagram or playing solitaire or what?

Back to the story:  After my client knocked some heads, the team agreed to a new rule:  no smartphone use during meetings.  Instead, they talked to each other.  They were encouraged to give their full attention and build relationships by listening to each other deeply.

Another client had a standing rule:  ‘check your guns at the door.’  Everyone deposited their phones in a box before the meeting began.  They were allowed to check them on breaks, and then the phones went back in the vault.

So build empathy.  Listen.  And check your guns at the door!