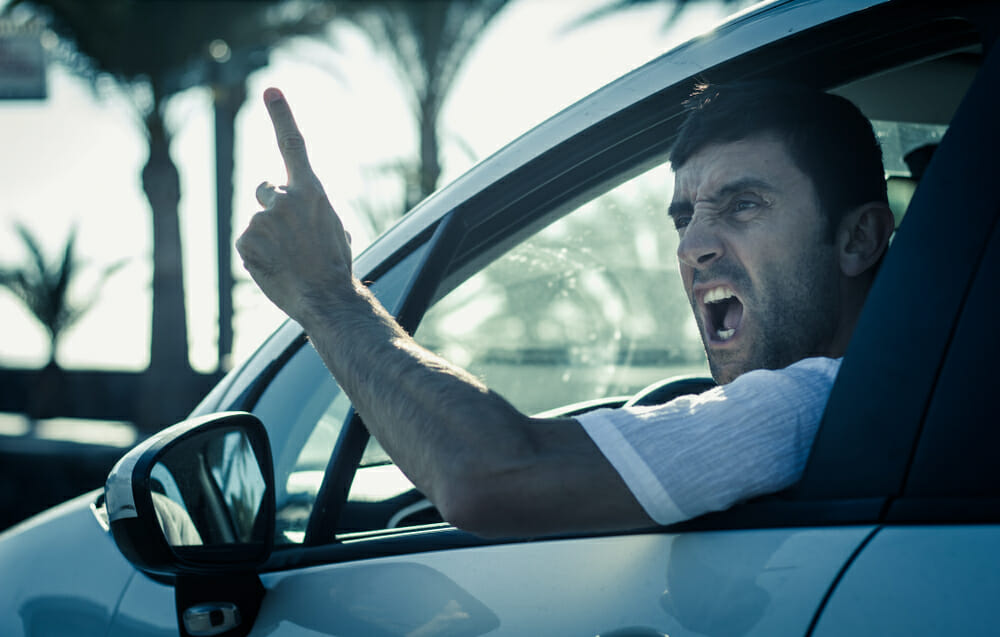 This week my wife walked into Shoppers Drug Mart and was waiting in line to fill a prescription.

The guy in line in front of her – a seemingly respectable middle aged male – started to flip out on the twenty something cashier, trying to pressure her into selling him something she wasn’t able to sell.  As she politely declined, he got mad.  Really mad.  He started F-bombing and threatening, at which point my wife (don’t mess with her btw) said, “Sir, YOU CAN’T TALK TO HER LIKE THAT!”

Now the guy completely lost his mind and moved threateningly towards my wife, heaping abuse on her too.  Another woman stepped up to defend Jenn, words were exchanged, a male employee arrived, and the guy bolted.  Now that he was outgunned, he lost appetite for the fight (would Will Smith have been as brave if the Oscars MC had been Dwayne ‘the Rock’ Johnson?)

Extreme behavior.  We’ve all witnessed this.  Some of us have acted like this to varying degrees.  I’m ashamed to say that I have.  Not as bad as that, but I’ve completely lost my cool in ways that shamed and embarrassed me too.

So let’s look at and understand how the anger cycle works.

This diagram explains what’s happening when you lose your mind, and shows how to fix it 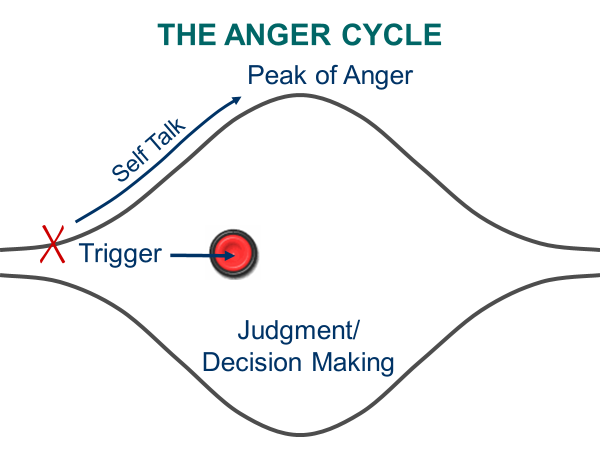 Step 1: You Talk Yourself Into Getting REALLY Mad

This may only take a few seconds.  You’re brooding over what’s going on, and you’re explaining to yourself why it’s ridiculous, and why you deserve to be really mad right now.  You’re now very quickly assembling kindling and pouring gas all over it, just waiting; nay, daring someone to dare you to throw a match to it.

Step 2:  You Get Triggered

Some behavior triggers your anger.  We all have different triggers.  For me, it’s someone trying to get in my way, or keep me from getting my way.  Especially if I’m their customer, and I feel like they should be doing what I want.  Similar (but not to the degree) to the Shoppers Drug Mart villain.  What are your triggers?

Step 3: Your Judgment Simultaneously Goes Into the Toilet

How true is this?  While your anger is moving to its peak, your judgment is completely bottoming out at the identical rate and speed that your temper is increasing.  I’m sure one of Newton’s Laws is in play here.  I’ll have to ask my teenager which one.

Pretty simple, and pretty self explanatory.  So what do you do about it?  Here’s a very simple outline of how to get control of your anger.

What are yours?  If you know the sorts of situations that set you off, you can decide in advance how you’re going to act when they inevitably present themselves.

Decide in advance how you’re going to handle it.  Once you’ve played it out in your mind, it’s much easier to make that work in real time before you lose it and do something stupid.

There is a gap of time in between stimulus (the trigger that sets of you off) and your response.  It may only be a second.  But it’s there.

And your response is yours to choose.  No one ‘makes you mad.’  You allow yourself to get out of control.  When you lose it, you’ve abdicated your response-ability.

Your response is within your power!  You’re not a victim!  Don’t make excuses for your dumb, hurtful, juvenile, behavior.  (Talking to myself here).

In so many instances in life, when you discover your response-ability, things change for the better.

Getting ahead is about getting started.