How to be an Independent Thinker 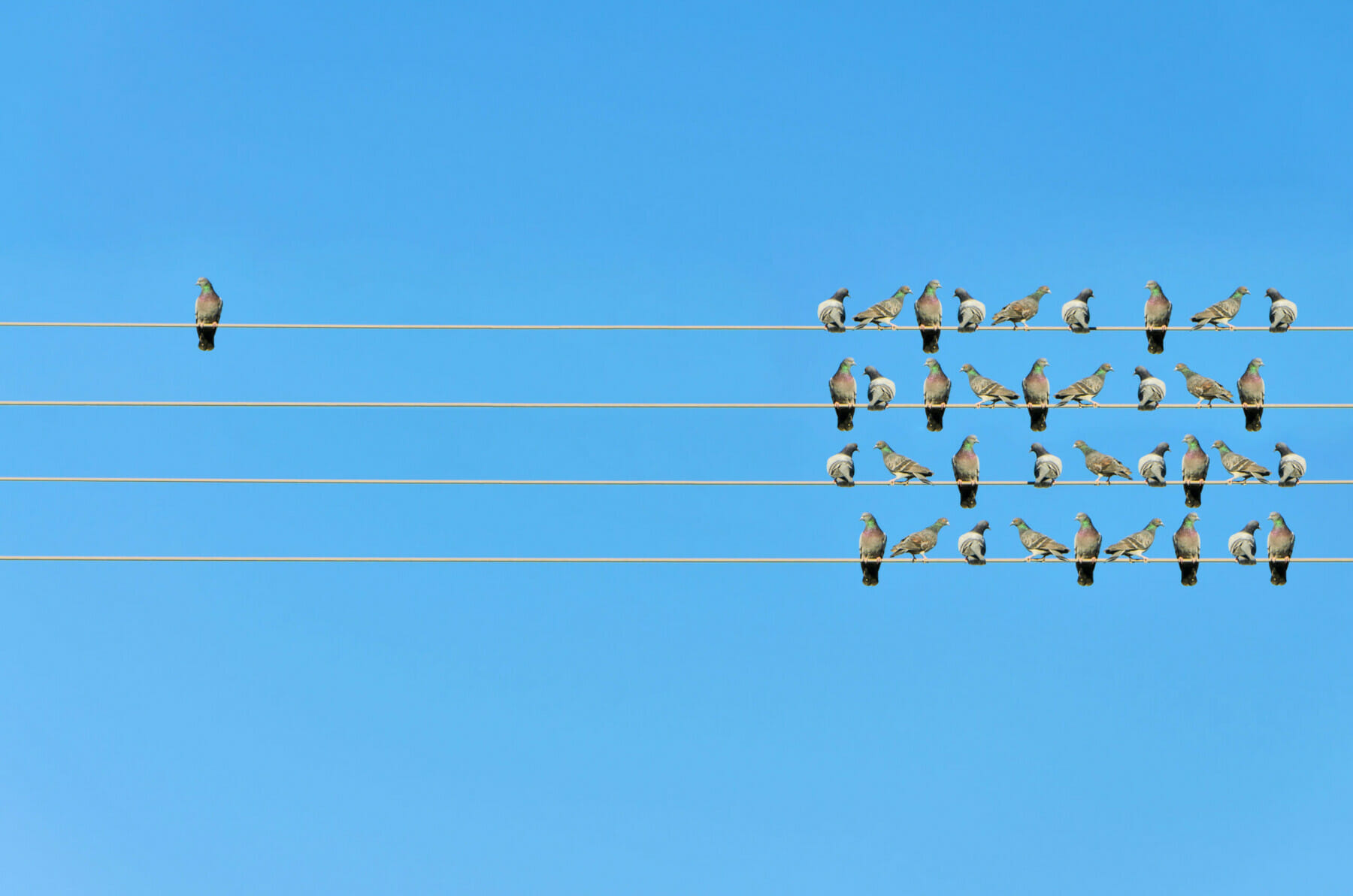 Are you an independent thinker, or are you heavily influenced by what others think?  Most of us would say that we definitely think for ourselves, but a landmark study done in the 1950s by psychologist Solomon Asch says otherwise.

Here’s how it worked: a group of people sat in a room and were shown two sets of cards just like these ones: 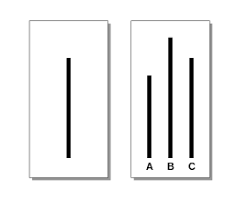 Then they were asked, “Which line on card two is the same length as the line in card one?

Obviously the answer is ‘C.’  There’s no question about it.  It’s obvious.  If there is any remote doubt, you can put your pencil beside the line and measure it.

What was not said was that only one person was the subject of the experiment; the rest of the group  were actors, and they were paid to give the wrong answer.

So, when the question was asked, the rest of the group agreed that the answer was… ‘A.’

The sucker (a technical term for the object of the experiment) would stare with a quizzical look.  They would re-check their card.  And… up to 75% of the time they would agree with the group (the experiment was run a number of times with slightly varying results).

Up to 75% of people agreed to something that they knew to be obviously false, because they wanted to fit in with the majority opinion.

The experiment was done in a number of ways, but the upshot is that the greater the number of actors who agreed on a wrong answer, the more likely the sucker would agree with what they knew to be a lie.

There is a lot to take away here, and I hope you’ll think more deeply about it as the day goes on, but let me suggest six quickies:

Choose to be around people who you want to be like.

Don’t hang around with bad people.

If you’re a generally positive person, don’t eat lunch with the cranks in your office.  You’ll become just like them!  If you aspire to be a great parent, or want to be faithful to your spouse, don’t hang around with the people who will influence you in the other direction.  Remember that you will be an average of the five people closest to you.  Choose wisely.  And intentionally.

Make it okay to disagree in meetings.

If you’re the leader, thank people for bringing up contrary views.  It’s hard for them to do, and the best decisions are made when there’s some controversy that stirs things up and challenges conventional wisdom. Controversy increases the odds that both sides of the issue are examined, and the best choice is made.

Use herd theory when selling.

Why does a herd of cows move? The herd moves because a dominant cow moves, and the others follow it.  When selling your product, cite dominant players that are using it and your success rates will go up dramatically.

Before you find out what others think, ask yourself what you think.  If you know without doubt something is wrong, or incorrect, speak up.  Have the self confidence to speak your mind.

Sometimes people ask me for advice about what they should do in a given situation.  The answer is obvious to me, and I assume to them too.  Sometimes I respond with, “Who cares what I think; what do you think you should do?”  And they give the right answer.  They aren’t asking for advice; they’re asking for confidence.  Believe in yourself.  Have the courage to voice your beliefs.

Limit your time on social media.

My old-guy belief is that lots of social media is a huge garbage can filled with group think.  Did I just put that in print?  I think I did.  There it is.  Develop the courage of your own convictions.

Only a few people in every generation think for themselves and have the courage to speak up and lead.  Everyone else follows them.  Will you be one of them?