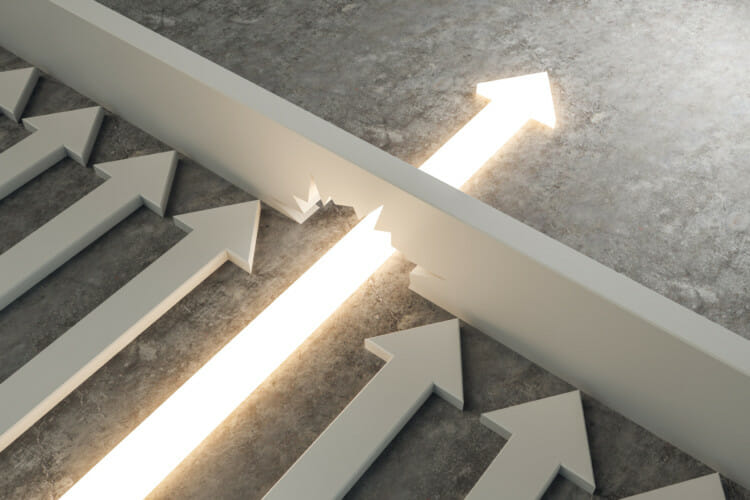 The Blockbuster video story is an amazing one.  Founded in 1985, it was a small company that was purchased by Waste Management co-founder Wayne Huizenga in 1987.  Soon they were opening a new store every 24 hours.  At their height, they had nearly 10,000 stores and 84,000 employees.  Huizenga sold for $8.4 billion (with a ‘B’) and then the troubles began.

Blockbuster had a chance to buy fledgling Netflix for a song, but declined, choosing instead to continue opening new stores.  They were good at it.  The stores were profitable.

But things were changing, and the company was run by people looking out the rearview mirror.

Blockbuster lost money.  It was de-listed from the NY Stock Exchange in 2010.  This week, the last Blockbuster store in Texas closed.  The company went from dominating the world of media to operating eight franchise stores as of time of writing.

What can we learn from this?

Opportunity is different from innovation

If you’re at all motivated, you’re good at seizing opportunity.  All that involves is running through doors as they open.  You get better at figuring out how to open the doors of course.  Some open with keys, some you have to kick down, but essentially you’re doing the same thing over and over again.

Innovation is different.  It requires intentionality and thought.  Innovation is about dreaming up new ways to provide value to customers.  Usually innovation happens when you have margin to think things through.

Are you taking the time to think about the trends in your industry?  We’re entering a period of time that is going to bring as much change as the industrial revolution brought 200 years ago.

Listen to Peter Drucker from 1993:

“Every few hundred years in Western history, there occurs a sharp transformation.  Within a few short decades, society rearranges itself – its worldview, its basic values, its social and political structure, its arts, its key institutions.  Fifty years later, there is a new world.  And the people born then cannot even imagine the world in which their grandparents lived and into which their own parents were born.  We are living through just such a transformation.”

Pay attention to the world around you.  As always, the innovative will win and the others will be… Blockbuster.