4 Communication Keys After Firing an Employee 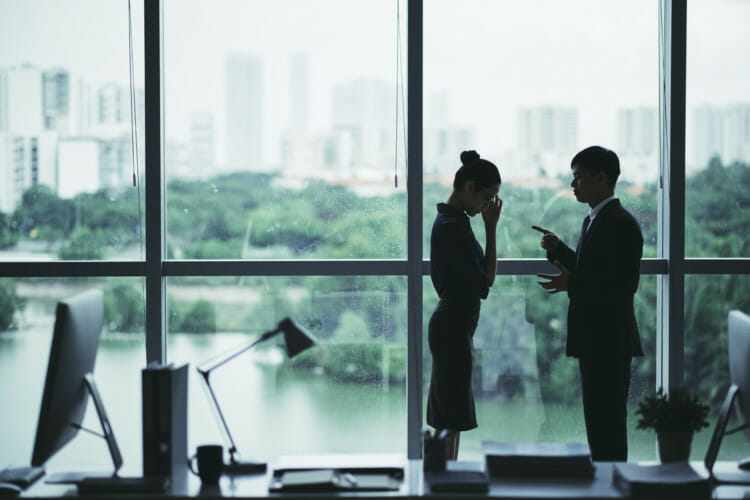 You’ve done the hard thing; you’ve actually fired an employee.  The worst is over.

But, you can easily fall prey to the pitfall of poor communication once the firing is complete.  How this is perceived by the rest of the company is really important.

Think of yourself as an actor onstage.  Even the people closest to you are watching carefully to see how you’ll behave in this difficult situation.  They’re sizing up your moral character.  You don’t want to have come this far, just to get this last part wrong.

So, take an effective firing across the finish line by obeying these post-firing communication keys:

Never speak badly about the person you fired

It’s tempting to say what you really think in the communique you’re going to write.  Don’t do it.  I suggest composing an email to the entire company, briefly explaining the situation.  In that email, you’re going to take the high road.

If you speak badly about the person in the email you’re composing, you’re going to show that you’re just like the person who left – someone who really shouldn’t be on the team.

This is an opportunity to greatly increase the respect the remaining team has for you.

Speaking badly about the person doesn’t help.  You won.  They’re gone.  Now it’s time to be magnanimous and generous.  Without lying about the situation.

As the saying goes:

“I learned long ago never to wrestle with a pig.  You get dirty, and besides, the pig likes it.”

State that they are no longer with the company

You don’t have to, and shouldn’t get into the details of the situation.  Just simply state that, as of this date, this person is no longer with the company.  Don’t say anything unnecessary about the firing.  Don’t say:

None of this is necessary.  Just state that they are no longer with the company, and move on to the next part of your email.

Thank them for their contribution

This isn’t hard except in extreme cases.  If the person was stealing from the company or committed an outrageous, intolerable, and offensive act, you may want to cut this part out.  But the great majority of the time, you can think of something to thank them for.

It may even be a simple generic thank you, such as, “We would like to thank her for all of her contributions to the company.”  You don’t have to get specific here.  You just want to give a general feeling of good will, and let others know you’re taking the high road.

Wish them the best in the future

This is simple.  Just say those words:  “We wish them the best in their future endeavors” or something of that nature.  Remember, the point here is to take the high road, and let everyone in the company know you’re choosing to do so.  You’re setting the example for how an adult handles difficult situations.

A sample email explaining the firing

Here’s a sample of how your firing email should look:

“This email is to inform everyone that as of today, Joe Smith is no longer with our company.  We would like to thank Joe for his many contributions to our company over the past year, and we wish him the very best in his future endeavors.  For now, Joe’s work will be covered by Sheila in shipping, so contact her at extension 333 for your shipping needs.”

It’s simple, it informs people about what’s going on, and it doesn’t take any shots at the employee.  Maybe Joe was the worst employee every.  If so, people understand what’s going on.  If there are things that they can never know due to privacy concerns, your character and reputation will win over time.

Resist the impulse to bad mouth them.

Once you’ve fired a person, communicating the firing to the rest of the company is really important.  Here’s exactly how to do it:

Thanks for reading this article on what 4 communication keys after firing an employee.  Below are additional resources from Professional Leadership Institute, the global provider of online human resources and leadership tools: