What is the “Eat That Frog” Productivity Strategy? 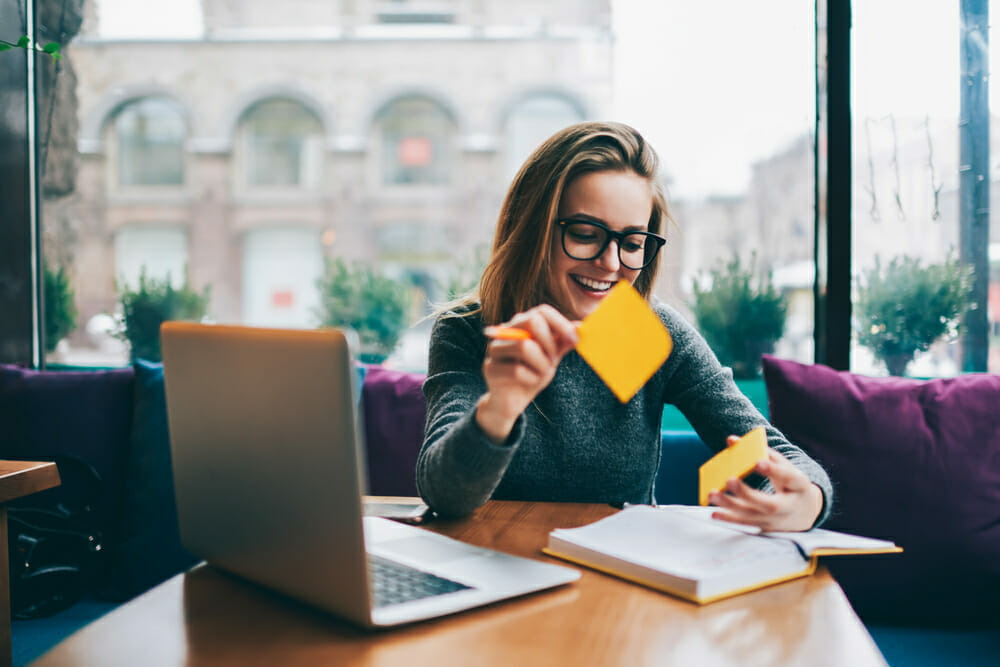 Eat That Frog is the perfect productivity strategy if you find yourself constantly procrastinating the worst task on your to-do list. While no one wants to do things they don’t enjoy, some people believe that tackling them first allows you to focus on the fun things for the rest of the day. In the end, there are countless other strategies you can use so you can find one that adapts to your needs.

What is the Eat That Frog technique?

Don’t let the funny name distract you from the way this productivity strategy can change the way you work forever. The idea behind the phrase Eat The Frog actually comes from a quote once said by Mark Twain. The quote goes “If it’s your job to eat a frog, it’s best to do it first thing in the morning”. At first glance it might seem completely unrelated to productivity, but it actually makes a lot of sense.

The idea of having to eat a frog, in Mark’s case we’re going to assume he means a live one, is the last thing any of us would want to do. So it would make sense to get the task we want to do the least out of the way first. From there you just have to focus on the easy thing, and the things you actually enjoy doing.

In practice the Eat That Frog strategy states that you should make a to-do list, choose your frog (the task you absolutely hate doing) and just focus on that first.

Who is Brian Tracy?

Brian Tracy is the author, researcher, and CEO credited with coming up with, and naming, the Eat That Frog strategy. He first mentioned it in his bestselling book Eat That Frog!: 21 Great Ways to Stop Procrastinating and Get More Done in Less Time where he goes over several different strategies for productivity. With over 3000 reviews on Amazon alone it’s certainly a book you should invest in if you’re looking to help with procrastination issues.

Brian Tracy has spent the last 30 years honing in on his leadership, strategy, goal setting, and psychology skills. He has been a keynote speaker at thousands of conferences and has shared his knowledge in over 70 countries. Today, he runs 3 different companies and continues to spend his time sharing his knowledge on how to succeed at work and in life.

Does the Eat That Frog technique actually work?

Depending on who you ask the answer might be yes or no. We know that’s not helpful at all. But let’s look at both their arguments. Those that say it does work tend to think about the process from a more biological (to put it somehow) point of view. They seem to believe that as humans we tend to gravitate away from the things that are hard (there’s some correlation to hard things being dangerous that’s left over from our caveman days).

But, think back to the times you can recall when you actually did the hard thing first thing in the day. Maybe it was getting your workout done and dusted before breakfast, or coming into the office freshly rested and tackled that complicated report you’d been putting off. The feeling of satisfaction, and the lowered anxiety of knowing all you have to do now is the easier thing, that can help motivate you to keep using this method in the first place. And if you’re doing it then it’s going to work.

The other group of people think that this technique doesn’t really work. That’s because for them the idea of forcing yourself to wake up every morning knowing that the first task of the day is the one you hate the most isn’t the best way to start the day. They argue that instead of dreading the task you should instead start your day with things you enjoy. The frog will still be there when you’re ready but in this case you’ll have the positive mindset of knowing you’ve set yourself up for emotional success first.

3 Other productivity strategies you should know about

When it comes to being productive there are countless distractions that can pull you away from the task. This is why figuring out a productivity strategy that works for you is key to accomplishing your goals.

But, Eat That Frog isn’t the only one out there. Here are some other popular options that might also work for you.

This strategy centers around making a to-do list, but also learning how to prioritize the items on that list. At the end of every day make a list of tasks you need to complete the next day. But, the catch is that the list can only have up to 6 items. This already forces you to really figure out what really is important and what isn’t. Then, take those items and arrange them from most important to least important. The next day start with item #1 but don’t move onto #2 until you completed the first one. Have anything left on the list at the end of the day? Move them to tomorrow’s list and start again.

This is a great strategy if you’re more of a visual person. It involves setting two jars on your work table, one with several paper clips and the other one empty. The second you accomplish a task, no matter how small, you move a clip into the empty jar. Then you keep going until you’ve moved all of them. The secret of this technique lies in the act of repetition. The more you do something the more it’s ingrained in you and the easier it will come. You’re essentially tricking your brain into becoming more productive.

Do you normally get distracted a lot? By a text, social media, a message from a co-worker wanting to chitchat? If so, this might be the strategy for you. The Pomodoro method, instead of forcing you to focus for your whole work day, leans into the idea of distractions. So, how does it work? When you sit down to start a task, pull open a timer. Then you’re going to set it for 25 minutes. When the alarm rings you’re going to set it again but this time for 5 minutes. That’s going to be your break time. Watch that TikTok or answer that text, anything you want. Then you do it again. If you’re setting more than four 25 minute rounds in a row, up your 5 minute break time to 30 minutes on that fourth go.