How to Make Core Values Stick in Your Organization 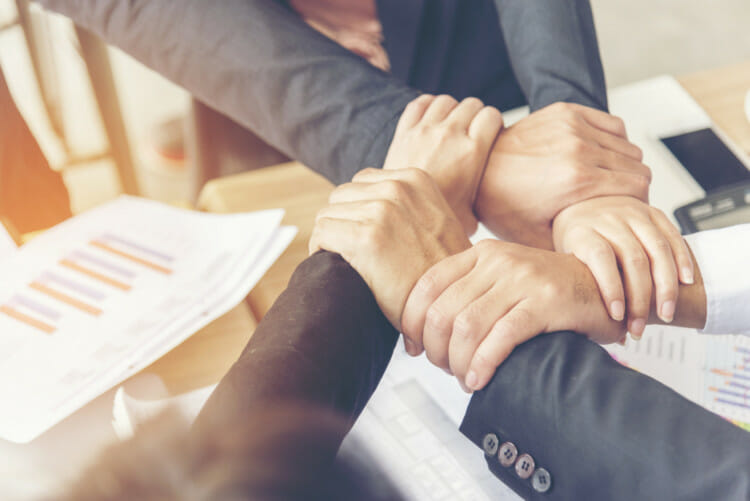 When I brought up the idea of developing “right attitudes” with one client company, the leadership team objected on the grounds that they had already completed a values-discovery exercise; in fact, they had identified ten core values, had them beautifully written (in calligraphy), framed, and hung on the wall of the very boardroom in which we were having our discussion. I calmly walked to the framed statement, removed it from the fastener that held it in place, and set it down, face to the wall. Then I turned to the team and asked them to recite the values.

The silence hung heavy in the air until one person remembered something about being stewards of the environment. After another pregnant pause, someone else remembered “giving back to the community.” There was another lengthy silence as the top leaders of the company exchanged glances, trying desperately to remember just one of the ten things that they all had agreed were the most important values to the business.

I’m sure they were deeply committed to the values, they just couldn’t remember what any of them were.  After sharing a good laugh, we proceeded to re-shape their shared values to a format that was a bit more real—and a lot more memorable.

You may absolutely nail the core values that are alive in your organization, and still find that people struggle to remember what they are. If they aren’t memorable, they aren’t going to be of much use to anyone.

The acid test for sticky core values is this: will your newest, youngest employee remember them after hearing them only once?

Don’t be worried about wordsmithing these statements until they’re grammatically perfect. You aren’t trying to get a checkmark from an imaginary business professor, and grammatical perfection isn’t the goal; it might even hamper the stickiness of your values. Instead, worry about how to make the attitudes simple that everyone can easily remember them. Below are five useful tricks.

1. Remember the “Rule of Three”

The human brain has an ability to hold three things in focus at a time. When there are four or five or twelve things to focus on, clarity melts into confusion. If your company attitudes are going to be used in daily life, they need to be memorable, or “sticky,” so focus on discovering no more than three right attitudes. Usually these involve something about work ethic, something about interacting with the team, and something about the frame of mind they show up in each day.

Thomas Jefferson used the Rule of Three in writing the Declaration of Independence: “life, liberty, and the pursuit of happiness” are among the most important words in all of American, perhaps human, history. The U.S. Air Force has three laws for surviving captivity: fellowship with other prisoners, survive, and return with honor. Steve Jobs used the Rule of Three in almost every public presentation he made at Apple. For instance, he proclaimed that the iPad 2 would be “thinner, lighter, and faster” than the original. Movie theaters and restaurants have built businesses based on food choices of “small, medium, and large.” The Rule of Three is all around us.

Acronyms can help make your values sticky. Maybe the name of your company can be used to build the acronym. Once you have chosen your values, you may be able to find a way for them to spell a word that’s easy to remember. CREW Marketing Partners did this in reverse and used their core values (character, relationships, execution, wow) to name the company.

Resist the temptation to shape your values around a cool word that seems like the perfect fit. The values are more important than how they are presented.

Having all of your values starting with the same letter isn’t a guaranteed recipe for stickiness, but it doesn’t hurt.

A client who runs a chain of restaurants worked hard to make his right attitudes memorable, or “sticky.” Finally, he chose three words: win, wash, and wow.

Win referred to winning together. If something worked for a franchisee but not the home office, it wouldn’t pass the right attitudes test. If management was happy and employees weren’t, things had to be re-examined.

Wash was a short way to remember the axiom, “No one is too good to wash toilets.” That meant that when the restaurant closed for the day, every person helped clean until the job was done, regardless of rank. Managers might wash dishes or scrub toilets, or servers clean greasy stovetops. This contributed to an egalitarian, team-based culture.

Wow referred to the goal of having every customer say “Wow!” about all aspects of their experience in the restaurant. That included the cleanliness of the premises, the friendliness of the staff, and the presentation and taste of the food.

Best of all, a new employee could remember “win, wash, wow” after hearing it the first time. It was really sticky.

Adopting phrases that are already in common use in the business is a really great way to communicate shared values. The fact that they’re already well known is an indicator that they may express something that’s really important. Phrases like “get ‘er done,” “watch the pennies,” or “don’t let the rules make you stupid” convey meaning that everyone already gets. If it’s already in use and it reflects something that’s core, by all means use it.

At the end of this chapter I’ve included some real-life examples of right attitudes used by real companies, many of which include sayings already alive in the business. Look at these to spark your thinking.

Stories are the best way to make right attitudes sticky. Rather than just telling employees to “keep your promises,” share a story about the lengths a real person has gone to in order to keep a promise. A story is memorable, conveys emotion, and illustrates how you want your employees to act. Reason (the words you hang on the wall) persuades but emotion (the attitude stories you tell) motivates. A powerful story teaches your right attitudes better than any other method you can use.

Imagine a Nordstrom employee hearing the following story (which I heard from a participant in a business class I was teaching):

“I once drove from Vancouver to Seattle to buy a suit from Nordstrom for my daughter’s wedding. Nordstrom is known for having amazing customer service. When I got the suit home, I found—to my shock—that they had given me the wrong pair of pants. They were the wrong colour, and they didn’t fit. I immediately phoned the store, and they said, ‘No problem, we’ll have someone drive those pants up to Vancouver for you right away.’ A few hours later, I shared a glass of lemonade with a Nordstrom employee on my back deck.”

Telling this story to a new employee would teach him everything he would need to know about Nordstrom above-and-beyond customer service. Plus, this story has a built-in bonus, as explained by my class participant when he concluded the story: “The great thing for Nordstrom is that I’ve told that story over and over and over again. They really got their money’s worth in advertising!”

When your company is growing, you need to discover and define your core values. They are the behaviours that employees live out that make your company special and different from your competitors; they define which behaviours are acceptable at your company, and which ones will get you in trouble.

How to make the values sticky: