Logical Fallacies: What Are They And How Do They Affect How You Think? 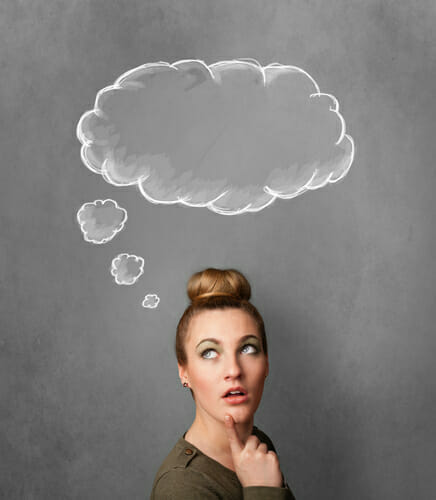 Logical fallacies are thought processes and reasonings that are not based fully on logic. You can find them when interacting through speech or writing, but you’ll also find them in any form of human communication. There are two types, formal and informal. Formal is in relation to how the information provided is used, while informal is based on the idea that the information itself is wrong.

What are logical fallacies?

A logical fallacy is a type of reasoning that’s essentially not based on sound evidence and is logically incorrect. Because they’re rooted in communication, you can find logical fallacies across every type of communication form, from verbal to written.

Why should you care about them?

When it comes to business and business-based discussions logic should be the basis of every conversation. This is because, in order to understand how to move the conversation to where you want it to be, it’s important to understand the types of logical fallacies that may come up.

Once you’re able to identify them then it’s much easier to figure out what you’re dealing with.

There are dozens of different fallacy types, which makes them quite difficult to classify. However, there are two main groups based on how they relate to logic. Formal fallacies are directly related to the way the information is communicated. It’s arguments where the form itself is flawed. Take the statements below, for example.

Statement A says that all animals with feathers can fly. Statement B says that Ostriches have feathers. Therefore, Ostriches can fly. Now, while both statements A and B are correct the argument itself and the form taken to reach the conclusion are illogical

Informal fallacies on the other hand have more to do with the logic behind the argument being based on irrelevant premises. For example, if you say that Bigfoot must be real because it hasn’t been proven otherwise then that would be an informal fallacy. While the deduction process itself is correct, the information the argument is made from is not.

What are some of the most common logical fallacies?

While there are dozens of logical fallacies here are some of the most common ones you can find.

This fallacy takes place when you assume something to be correct, just because it’s likely to. For example, not bringing your rain boots with them and because of that, there will be a storm.

In this type of fallacy, the idea is that both the premise statement and the conclusion statement are true. However, one isn’t a direct consequence of the other. An example of this would be saying that having a fever means you have the flu, and also stating that you have a fever. The consequence to that would be that if you have a fever then you also have the flu. While all aspects of the statement are true, you might actually have a cold instead.

Also known as contradictory premises, this fallacy type is exactly that: a double negative. In order to not fall under the fallacy category, one of the statements presented should be positive. Here’s an example: Statement A says that “humans don’t lay eggs”, while statement B says that “whales don’t lay eggs”. An exclusive premise fallacy would be to say that “humans are whales”.

This fallacy happens when you’re point is based on the fact the opposite idea hasn’t been proven, so your point must be correct. So, saying that mermaids are real because there’s no tangible proof that they’re not would be an appeal to ignorance.

This fallacy involves reaching a conclusion too quickly without sufficient evidence. An example would be saying that since you don’t like a specific brand of cola then you’ll never like any of them.

This fallacy falls on the idea that one seemingly small step can lead to a long chain of related events. An example of this would be saying that if you don’t study hard you won’t graduate school, which will lead to not finding a good job, which will lead to you being homeless.

This is a type of fallacy that relies on simplifying the other person’s argument too much, and then using that against them. A Straw Man fallacy then would be saying that if you don’t want to vote for a certain political party then you must be against everything they stand for.

This fallacy happens when the person making the point is also threatening harm without any relation to the discussion at hand. An example of this would be saying that if you don’t share your food then you won’t be their friends anymore. There’s no direct relation in real life between both statements and therefore implies the use of force to achieve the conclusion.

Also popularly called the “peer pressure” fallacy, this fallacy uses other people’s decisions to convince someone else of something that might not be true. Saying that everyone is drinking so you’ll be left out if you don’t would be a good example of this. There’s no logical evidence to confirm every single person is drinking, nor any evidence that you’ll be left out if you don’t partake.