What Is Loneliness And How Has The Pandemic Affected It? 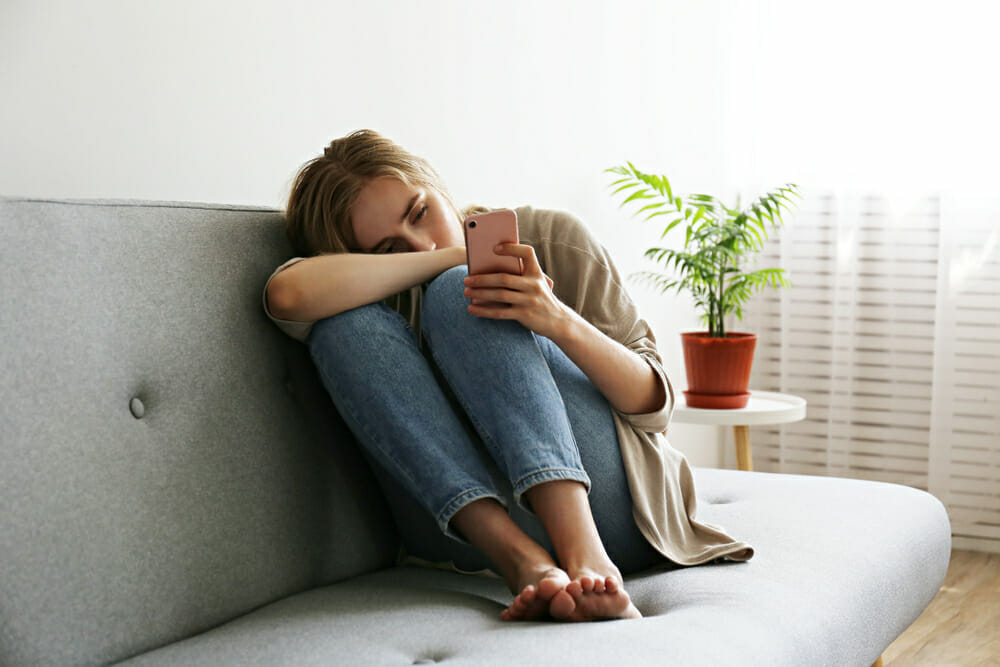 While loneliness has been a universal human feeling that has always been there, the pandemic has certainly not helped. The main causes of loneliness are feeling misunderstood, lacking connection, and isolation – all things the pandemic offered in large amounts. On top of that, addressing the feeling of loneliness is not an easy task and it involves a lot of group effort.

You know that pit in your stomach you get sometimes when you’re watching your friends online hang out without you? Or that empty feeling that pops up when you’re talking to someone who you thought would understand you, but they just don’t?

It’s an unavoidable human feeling we’ll all experience at least once in our life. And while feeling lonely sometimes is not a huge deal, the problem happens when it’s a consistent feeling that stops you from enjoying life.

What is the main cause of loneliness?

To the non-trained eye, the most common cause of loneliness is physically being alone. However, the true root cause runs much deeper than that. This is because you could be surrounded by the most loving group of humans, and still feel like a lone wolf.

Loneliness comes from feeling a lack of connection with other people, and from feeling misunderstood. If there’s no one else like you out there, then you’re completely alone. And while this might not objectively be true, it’s one of those things that’s hard to apply logic to once you start feeling it.

Another important thing to note about loneliness is that even with what we mentioned above, those emotions can come up even when you feel connected and understood. It’s harder to feel lonely in those cases, but it can still happen.

Are there any physical consequences to loneliness?

Loneliness doesn’t manifest itself only as an emotion-based issue. It can also wreak havoc on your body and mind.

Here are some of the most common physical and mental consequences of feeling lonely:

How can loneliness be addressed?

If we consider that a big cause of feeling lonely is lack of connection, it would make sense then that to address it we would need to create connections. However, it’s not that simple.

The reason for this is that there are so many types of loneliness that what’s needed to fix each kind can vary wildly. For example, being bullied as a teenager in school and feeling isolated won’t need the same solutions as someone whose pet just passed away.

To help you understand this better, we broke down loneliness into the 4 most common types in the section below.

The 4 most common loneliness types

This is the type of loneliness that comes from within and isn’t affected by what’s happening outside of their own inner world.

A tested and useful way to address this is via therapy. It can help reach the root cause of the problem, and learn to address it. Group therapy particularly might be a great option to help realize you’re not alone in feeling this way.

This is very common when it comes to moving abroad or to a new city to start fresh. It comes from the hardships that come from having to build connections in a place that feels like everyone already has their group of people.

A good way to fix this is via a change of perspective. It’s really unlikely that you’re the only new person in that city or country. So, finding other people in the same boat as you can really help! Not only do they need connection too, but they can likely relate to this new life change you’re going through.

Social loneliness is more based on difficulties being in social situations. It tends to be people who could be considered socially awkward, are shy, or have low self-esteem. All those things can make them feel like they’re not navigating the situation “correctly” and end up making them feel alone and misunderstood.

A good way to address this is by creating social situations where there’s something else to focus on – like an activity. By allowing them to focus on something other than their fear of saying something wrong, it can help them realize there’s nothing to fear.

This is the type of loneliness that has been around someone for so long that it’s now just part of who they are. Regardless of the environment they’re in, the people they’re around, or how they’re feeling in general loneliness is there.

A good example of this category is older people that are alone because of the people around them having passed away. This can be addressed by encouraging them to join activities they enjoy in order to meet new people.

How the pandemic has increased loneliness and mental health issues

The pandemic played a huge role in increasing the number of people who reported feeling lonely in the past 2 years. Because of the way Coronavirus is transmitted, the most important step in keeping communities safe involved being alone. As social creatures, this forced isolation (although a great act of community service) created an avalanche of loneliness that’s been rolling downhill ever since.

Along with feeling alone came a barrage of other mental health issues like depression and anxiety. Where before we had the chance to step out into the world to find connection, now that option was gone.

While things have started to improve due to the existing vaccines allowing a bit more freedom, the jury is still out in terms of the possible long-term consequences of this type of lifestyle.